‘Loot’: Self Discovery with a 90 Billion Dollar Budget 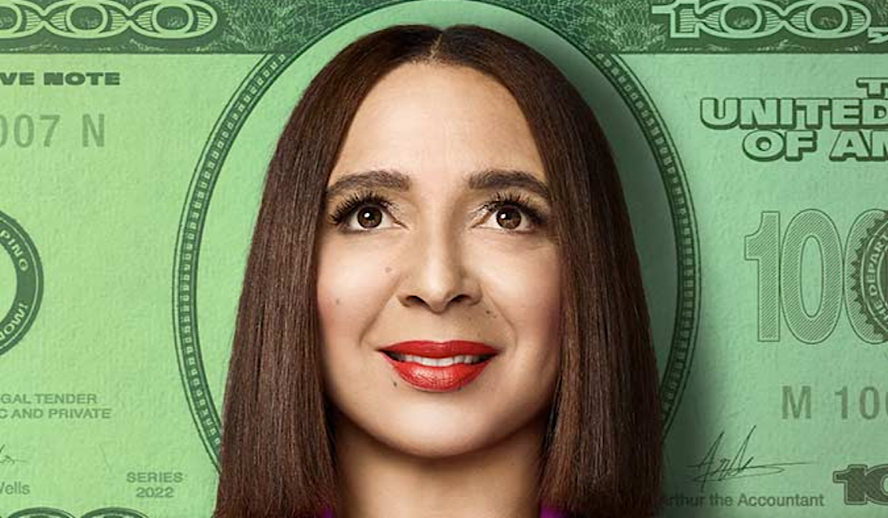 There is a wealth of variety within the sitcom genre. As the genre developed actors, writers, and directors found their sitcom niches, creating subgenres that are just as well developed as the sitcom itself. Family comedies, friends comedies, workplace comedies, satires, and more are all genres on their own even as they fall under the sitcom umbrella. Some shows, however, fall into multiple categories. Apple TV+’s new sitcom ‘Loot’ is full of a little bit of everything, combining elements of each subgenre to make a new, unique experience.

The series opens on our protagonist, Molly Novak,’s birthday. Her husband, John, is megarich, a tech mogul and all-around wealthy man. He seems to have money pouring in from just about every direction, so he doesn’t hesitate to spend big on Molly’s birthday gift. He gifts her a yacht with every feature you could think of; a swimming pool for her dogs, heated barstools, and the potential to house a full-time crepe chef. But the best birthday parties have been known to happen on dry land, so the couple travels back to their mansion for an extravagant bash. Still, what Molly wants most is a simple dinner with her husband, just the two of them. Those plans quickly go out the window when she discovers that John is having an affair with his much younger assistant and very publicly asks for a divorce.

Lacking a prenup, Molly becomes the world’s third-richest woman when the divorce is finalized eight months later. With 89 billion dollars in her pocket, Molly begins her self-discovery. Well, that is if you consider international partying, experimenting with drugs, and drunkenly falling into pools of self-discovery. Her name is everywhere on the news, but the press isn’t ideal for her charity foundation, an issue that Molly may have considered if she’d known she had a charity foundation. After being asked to attend a rope cutting ceremony for a womans’ shelter she unknowingly funded, Molly decides that her charity can be her new passion. However, it isn’t so easy for an out-of-touch, unreasonable rich woman to suddenly become charitable. At the end of the pilot, she prepares for her learning curve and makes the big step of covering her husband’s name on her nameplate. Molly Wells is in the office.

Two Pilots in One

The pilot episode of  ‘Loot’ toes the line of biting off more than it can chew. The episode begins more dramatically than comedically. There are still jokes strewn about (Molly’s dogs are named Mary Kate and Ashley, after all), but the jokes per minute are less than you’d expect from a typical sitcom. It centers much more around the plot and the drama that follows Molly. The emotional beats are stronger than any punchline as we see Molly’s world crumble before her very eyes. There isn’t much to joke about when you discover your husband cheating on you on your birthday.

However, after the divorce is finalized, it becomes very clear that you’re watching a comedy. The second half of the pilot is much heavier on jokes than plot, as the premise is already established and an emotional bond built between Molly and the viewer. It’s clear that the comedic, quick-witted style is what will be most prevalent throughout the season, the pilot just needed to establish the more serious, dramatic plots before it could dive into the comedy wholeheartedly.

A Cast of Comedic Royalty

If you ask me, Maya Rudolph is one of the best comedians you can find onscreen today. Each one of her characters is unique, she never falls into a trap of playing the same character over and over again, even if the comedic style of her characters remains similar. Not every SNL cast member continues to bring their comedy on screen in a consistently strong manner, but Maya Rudolph has never let up since her SNL big break. Her work as the Judge on ‘The Good Place’ is a personal favorite of mine, her character fits right in with a cast of wickedly funny characters and actors.

Although he will not continue to be the main character, Adam Scott’s work as John, Molly’s ex-husband, was just what the show needed to get off the ground. Adam Scott, who had previously worked with Rudolph as another ‘The Good Place’ alum, is perhaps best known for his work as Ben Wyatt on ‘Parks and Recreation’. Although John wasn’t nearly the funniest character, but a villain and a cheat, it was clear that the writers knew how to write for him specifically, which makes perfect sense as ‘Loot’ was created by former ‘Parks and Rec’ writers Matt Hubbard and Alan Yang.

The cast is rounded out with Michaela Jae Rodriquez, who plays Sofia, who leads Molly’s charity. She is much more serious and straight-laced than Molly, which lends itself perfectly to the satire of the series, shining a light on how absurd and out of touch Molly is. Joel Kim Booster plays Nick, Molly’s assistant, who is the complete opposite, leaning into Molly’s eccentricities.

Overall: Give ‘Loot’ a Stream

‘Loot’ has only released a few episodes, but it has so much going for it. I’m confident in saying that by the time the first season is finished airing, ‘Loot’ will be a new favorite for me. Maya Rudolph turns everything she touches to gold and the rest of the cast is able to keep up comedically and emotionally without hesitation. Alan Yang and Matt Hubbard have successful writing careers behind them and there’s no sign of them letting up anytime soon. An all-star cast and crew paired with an interesting premise is a recipe for a strong series.