Let’s Give Television and Film Choreographers the Credit They Deserve – An Oscar Category? 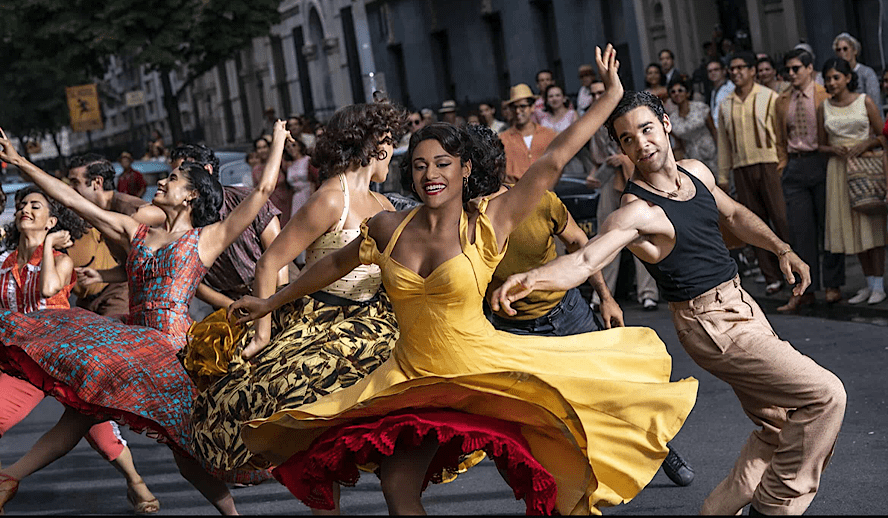 Many projects to come out in the past year on television and in film have had many elements of dance in them. ‘Zoey’s Extraordinary Playlist’ had several dance numbers per episode, ‘In the Heights’ was filled with enormous and joyful group routines, Steven Speilberg’s ‘West Side Story’ will surely have similar levels of dance, and there’s even going to be an entire primetime show on Fox starting in the fall that’s a show about the making of a dance show called ‘The Big Leap.’ With the amount of dance in these high-profile projects, they rely heavily on choreographers to make their final product look as smooth and grand as possible, yet when you go on a site like IMDb and look at the production credits, the choreography team is listed under “additional crew.” It’s time we give these teams the credit they deserve; calling them “additional crew” feels like a diminishment of the essential work they put in to create the films and television shows we love.

The Importance Of A Good Choreographer

Having a good choreographer for a project involving dancing is very important. Dance is another form of storytelling, so when a story is using music and dance together to tell a story, it’s important that the two work well together; the movement has to coordinate and match the music and the story.

In a film like ‘In the Heights,’ the choreography was both an expression of the story and a display of the cultures the film focuses on. Choreographer Chirstopher Scott made sure to put together a team assisting him with crafting moves using dance styles specific to New York City such as breaking and lite feet, and more Latin-based styles such as salsa on 2, and bachata. Scott even said in a featurette for the film that, “The styles come from people that had to dance,” meaning that dance was their main way of expressing their culture, and he wanted to reflect that through who he chose to be his assistant choreographers and the movement styles they portrayed on screen. He also said, “You have to have people who know where the dance comes from, otherwise someone’s going to feel misrepresented.”

You then have a show like ‘Zoey’s Extraordinary Playlist,’ whose entire premise requires its actors to portray their inner thoughts and feelings through song and movement. One of its finest numbers had actor John Clarence Stewart singing ‘Black Man in a White World’ and dancing frantically around his white coworkers as a way to express his anxiety and frustration with being one of the only Black people in his workplace his coworkers not understanding that struggle. The main choreographer for the show, Mandy Moore, said in a video about the making of the show, “[Dance] can really show you a different side of an emotion that maybe you didn’t know you were going to feel while watching… The dance is not performative on ‘Zoey’s,’ so we’re not just spreading out and dancing for glitz and glam. We’re really pushing the story point forward through these heart songs so we have to evolve in these numbers, the characters have to reveal something that we don’t know.”

All of this just expresses how important having a good choreography team is to a project and how the dancing can really make or break a film or television show. If the dancing used doesn’t help with the story or play well to the camera, the project is going to fall flat. There are so many amazing choreographers working now and creating amazing dances for the screen, but instead of boldly stating their names in credits and online they get relegated to “additional crew.”

Why Is There No IMDb Category for Choreographers

We are at the point where choreography on screen is growing and being incorporated into more and more projects. The Emmys even had to divide their choreography Emmy into two separate awards: one for unscripted programming (such as ‘Dancing With the Stars,’ ‘So You Think You Can Dance,’ and other shows) and one for scripted programming (so far having gone to Kathryn Burns for ‘Crazy Ex-Girlfriend’ and Mandy Moore for ‘Zoey’s Extraordinary Playlist’). The fact that these teams and individuals are receiving all kinds of acclaim and making such important contributions to their projects but are relegated to “additional crew” does not seem right, and it could have to do with this key detail: there is no union for choreographers.

All of this comes back to these teams and individuals being able to receive the proper credit for their work on their projects. A film like ‘The Greatest Showman’ would not have had the same impact were it not for the dance routines from Ashley Wallen that accompanied its hit songs. A key part of the role that won Jennifer Lawrence her first Oscar in ‘Silver Linings Playbook’ were dances crafted by Mandy Moore. The original ‘West Side Story’ is such an iconic film because of its dance numbers put together by Jerome Robbins. Edgar Wright used dance and stunt choreographers for ‘Baby Driver’ because he wanted the chase scenes to feel like a dance number in a musical. Choreographers are high up on the scale of importance when it comes to making a movie and deserves to be recognized as such. It should be just as easy to find who choreographed ‘La La Land’ as it is to find the director (it’s Mandy Moore in case you’re curious). Choreographers are long overdue to be recognized on entertainment sites under their own category, so let’s get them their recognition.