The Criterion Channel’s “Voices of Protest”: Films on Important Protests from 1925 to 2011 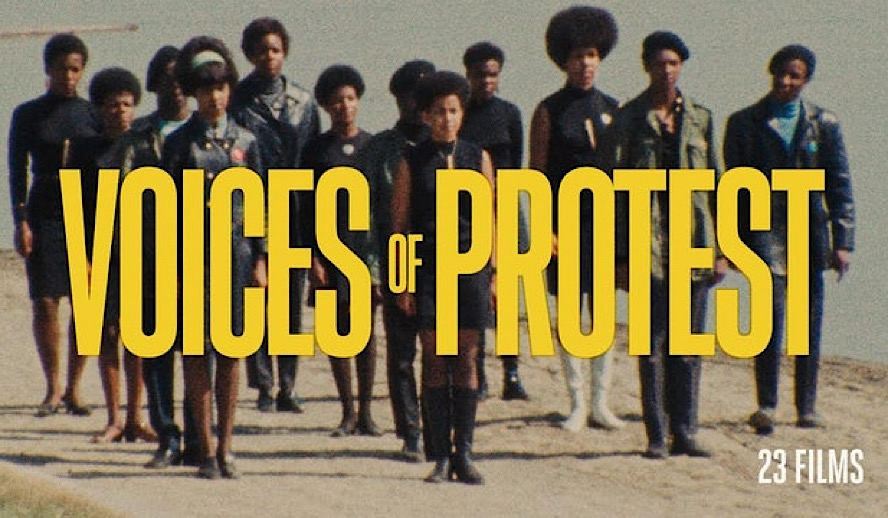 The Sound of Protest

Citizens of the United States, and the entire world, have erupted into protest over the killing of George Floyd, an African American man who was pinned down and asphyxiated by white Minneapolis police officer Derek Chauvin. Floyd’s death is one of the many in a long history of police brutality against the black community. The ensuing protests around the world have ranged from calm and peaceful to brutally violent, and these demonstrations have dominated headlines in recent weeks.

Many figures in the entertainment industry have come out in support of these protests. John Boyega, star of Attack the Block and the Star Wars sequel trilogy, has been vocal about his support of the movement. According to ABC News Boyega participated in a protest in London’s Hyde Park, where he pledged to put social justice before his rising career. He later thanked fans and supporters via an Instagram post, in which he wrote, “I believe any great movement starts with a renewal of the mind.”

Entertainment Tonight also reported that actor Michael B. Jordan participated in a march in Los Angeles, where he gave an inspiring speech to fellow protestors. Jordan, who has starred in such films as Creed and Black Panther, explained how his past roles have taught him about social injustice, and then spoke out in support of diversifying the entertainment industry.

A Collection for Change

The Criterion Channel, which launched in Spring 2019, digitally streams films belonging to the Criterion Collection. The service also features special programs such as monthly film lessons and Criterion original series on filmmaking. Films are often organized into specific groups, such as director spotlights, actor retrospectives, or thematic topics so that viewers can experience several specifically connected titles.

One of The Criterion Channel’s newest collections of films, titled Voices of Protest, features films from throughout the history of cinema and from around the world. The one aspect that unites these titles is that they all demonstrate the power of protest to begin political change. Adapting and dramatizing true stories of civil unrest and violent uprising, the films featured in Voices of Protest are an important reminder that our current situation is simply the latest in a long line of conflicts against inequality.

The Criterion Channel – A History of Unrest

The first oldest film in the collection is Strike, directed by Russian director Sergei Eisenstein and released in 1925. The silent film details the violent uprising of factory workers in pre-Revolutionary Russia, as they fight for fair treatment and representation. The film is notable for its stark realism, collectivist themes, and its poignancy even into the modern-day. Eisenstein uses cross-cuts to imply that the factory workers are treated like cattle by their oppressors, including the factory administration and the Russian government. The oppression of citizens, and the depiction of violent reactions to an initially peaceful movement, tie Strike to the other films in the collection.

Another notable title included in Voices of Protest is the short documentary Paul Robeson: Tribute to an Artist. The film, directed by Saul J. Turell and released in 1979, follows actor and musician Paul Robeson’s history of both political activism and musical performance. Robeson was an African-American actor and concert musician who became politically active in Britain and Spain, opposing fascism and supporting the Loyalist faction in the Spanish Civil War. Robeson later became a proponent of America’s Civil Rights Movement and was banned from Hollywood due to his communist beliefs and criticism of the United States government. The censoring of Robeson’s free speech, as well as his ties to the Civil Rights Movement, earn this documentary a place in Voices of Protest.

The most modern work in Criterion’s collection is This Is Not a Film, directed by and starring Jafar Panahi. The documentary has a fascinating story, as Panahi filmed it while under house arrest while awaiting an appeal. Panahi’s films, including 2000s The Circle and 2006’s Offside, led to years of conflict with the Iranian government due to their criticism of established Iranian tradition. This tension led to Panahi’s arrest in March of 2010, and it was during his house arrest that he filmed This Is Not a Film using an iPhone. The documentary was shown at the 2011 Cannes Film Festival after a flash drive containing the movie was hidden in a cake and smuggled out of Iran. The documentary focuses on the government’s oppression of creativity and free speech, which makes its inclusion in Voices of Protest quite appropriate.

Other notable works included in the collection include the Civil Rights documentary The Children Were Watching, Peter Davis’ Vietnam War documentary Hearts and Minds, and Steven Soderberg’s two-part Che Guevara biopic Che. In all, there are twenty-five films included in The Criterion Channels Voices of Protest collection, with releases spanning nearly ninety years of film history and originating from around the world. With Black Lives Matter protests still going on around the world, film fans are likely searching for topical films to consume. This Criterion collection is topical and relevant and contains some fantastic eye-opening films.