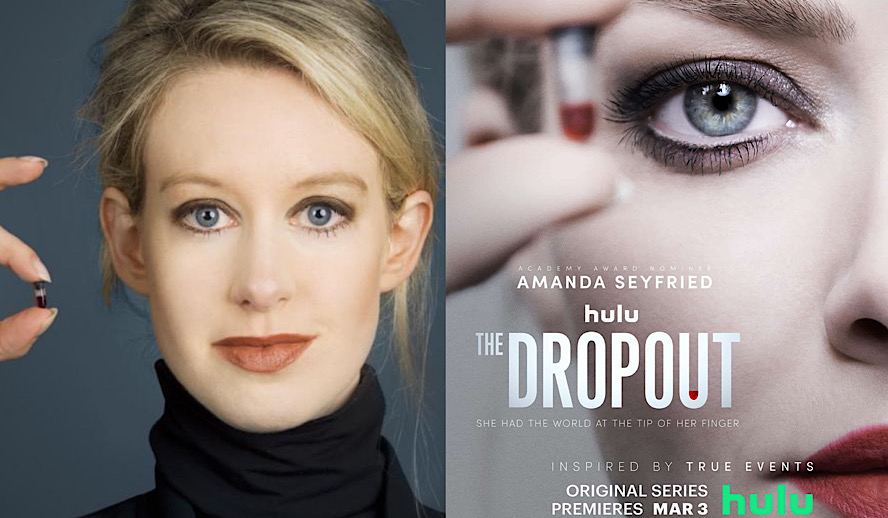 The rise and ongoing fall of Theranos’ Elizabeth Holmes have captured audiences for a few years now. The Hulu original series that premiered this week is based on an ABC podcast that first aired in 2019. Holmes, portrayed in the show by Amanda Seyfried, infamously built a biotech startup on a foundation of false promises and has since been found guilty of federal fraud.

Theranos created and sold a finger-prick blood test that advertised the ability to run hundreds of tests with only one drop of blood. Upon discovering that the results were unreliable and misleading, federal prosecutors began investigations into the company and brought to trial both Elizabeth Holmes and Ramesh “Sunny” Balwani, her boyfriend at that time and former COO of Theranos.

Theranos’ fraudulence put thousands of patients at risk by leaving them with false diagnoses, as their faulty tech hit the shelves of Walgreens stores in Northern California. Tight regulations on healthcare counteract malpractice and ensure that Americans can trust the quality and safety of products at pharmacies. When those regulations are undermined, it can have devastating effects. Look, for instance, at America’s ongoing opioid epidemic. Millions of Americans have suffered from opiate addictions that began with prescribed medicine after pharmaceutical companies misinformed the medical community about the addictive qualities of their opioid medicines. Though the effects of a false diagnosis may not seem as immediately grave as those of an opiate addiction, putting thousands at risk of them is just as much a breach of trust.

‘The Dropout’ – A Character Study of Elizabeth Holmes

Holmes, 19 at the time of Theranos’ inception, fascinates in the way that Mark Zuckerberg or Steve Jobs have done. She in fact idolized Jobs, and based on her business practices seemed more determined to become the next Steve Jobs than successfully revolutionizing healthcare. If Theranos had created what they set out to create, she would have been recognized as an exceptional thinker who ushered in a transformative piece of tech, just as Jobs did with smartphones.

The Hulu original series does a lot to capture the energy of Silicon Valley and show how Elizabeth Holmes became swept up in it. When asked to describe herself, she says with off-putting intensity, “mission-oriented.” That same indifference to anything but the mission that has made Jobs and Zuckerberg subjects of controversy drives Holmes to make things happen her way by any means necessary. When her back is against the wall (mind you, Holmes’ version of having her back against the wall is not having quite enough millionaire friends to fund research on a biologically impossible piece of tech), those means are repeatedly lying to investors.

The show focuses on the factors that fueled Holme’s ambition, which became her eventual downfall. In the first three episodes, we see the impact that the Enron scandal had on her father, how being an outsider led her to the abusive “Sunny” Balwani, played by Naveen Andrews, and she outlines the dilemma that leads her to lie to investors: she needs money to fund research, but she can’t get the money without first having researched enough to create a working prototype. The show doesn’t delve into these moments as dramas of their own, however. It uses them as beats in Holmes’ story, focusing more on where she’s at when they happen, and how she reacts. The show even touches on the rape Holmes experienced while at Stanford.

Two of her classmates allude to Holmes’ allegations and seem dubious of them. When Holmes tells her mother that she can’t get anyone to believe her, her mother basically says, “I believe you. Now you have to move on.” That reactionary moment takes far more precedence in the show than the rape itself, and the trauma from it is left implied, coloring the audience’s understanding of Holmes without explicitly calling it trauma.

All the while, Amanda Seyfried gives a nuanced performance of a Holmes who is driven by fear and anger, who seems full of emotions but only shares the ones that she is performing. The show allows that performance to shine and presents an in-depth portrayal of a deeply deluded person. As a bonus, it summarizes the Theranos scandal.

Stories about Silicon Valley startups have been having an extended moment for the past decade or so. I remember seeing ‘The Social Network’ for the first time and being stunned at the origins of Facebook. I hadn’t expected the legal drama or that heartbreaking outburst from Saverin (Andrew Garfield). When ‘The Social Network’ hit theaters, if you weren’t watching tech news, Silicon Valley felt distant and new. The closest thing to that sort of movie at the time were investigative journalism films or maybe ‘Enron: The Smartest Guys in the Room.’

Learning about the people behind a piece of software in most American homes excited audiences. Widespread fascination with Silicon Valley and the personalities it attracts has escalated significantly since then, as have movies and shows about them. Just this year, there are already two shows besides ‘The Dropout’ having to do with startup scandals. HBO’s ‘Super Pumped: The Battle for Uber’ premiered last week, and Apple will soon air ‘WeCrashed,’ a limited series about the couple that started WeWork.

Fascination with large-scale scams doesn’t stop with Silicon Valley, however. The wave of shows that covered the failed Fyre Festival come to mind, as do ‘The Wolf of Wall Street’ and ‘The Wizard of Lies.’ The reach of internet news and information technology has become incredibly vast, and we have found that there’s no shortage of scamming in the world. Hollywood has taken notice, putting to our eyes the sort of liars and cheats that have always held a place in Cinema. There just happens to be a plenitude of real examples nowadays.

What’s Different About ‘The Dropout?’

For the above reasons, shows like ‘The Dropout’ have to justify themselves. What makes this story stand out from other scammer stories? What does it have to offer to the genre? The show wisely focuses on the people at the center of the drama, as they are what make the story singular, and its actors are up to the task.

Seyfried is mesmerizing in the role of Elizabeth Holmes, and the ensemble around her brought their A-game as well. Laurie Metcalf’s appearance as Phyllis Gardner, the Professor of Medicine at Stanford who put Holmes’ idea in check, has already left an impression in its first five minutes. Naveen Andrews masterfully plays a charming, egotistical “Sunny” Balwani, almost too charming given the source material. Whenever Stephen Fry is onscreen as Ian Gibbons, you’re in for a treat, though that tends to be true about Stephen Fry in general. Elizabeth Marvel as Noel Holmes, Elizabeth Holmes’ mother, packs so much into the scenes she’s in that I almost want a spinoff about her character.

‘The Dropout’ will continue to air weekly on Hulu until its finale on April 7th.