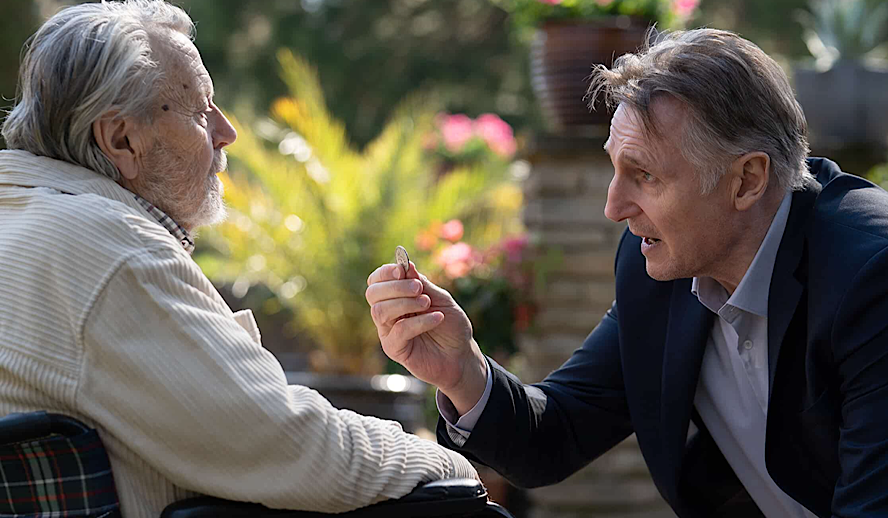 Liam Neeson’s career has a little bit of everything. Iconic historical dramas in the form of ‘Schindler’s List’, westerns like ‘The Ballad of Buster Scruggs’, and everything from ‘Star Wars’ to ‘The Lego Movie’ sprinkled in between. But Neeson’s real strength is in the powerful leading man. At 69, Neeson has plenty of leading experience under his belt and it doesn’t look like he’s stopping anytime soon.

One of Neeson’s most iconic roles was Bryan Mills, star of the ‘Taken’ series. The audience reception of ‘Taken’ was overwhelmingly positive and it seems that Neeson hasn’t forgotten. Following the success of the series, Neeson has found himself in a slew of action leads. Despite his age, Neeson found a niche here and hasn’t let up yet. Enter, ‘Memory’ his newest action thriller.

Neeson’s character, Alex Lewis, is a skilled assassin. He’s worked as a hitman for hire and found great success doing so, but when we meet him Lewis is ready to put down the gun and retire. Lewis is showing early signs of Alzheimer’s and has seen the way the disease has impacted his brother. Despite his hesitations, Lewis is pulled into one final job in his hometown of El Paso. The job seems simple enough: kill two people and recover some flash drives from them. Things begin as planned, the first victim was unsympathetic, a child trafficker using his own twelve-year-old daughter for profit. Things go awry when Lewis learns who the second target is – the daughter.

Lewis refuses to off the child, she was only recently freed from her father’s abuse and, with the right lawyers, could be given the life that any kid deserves. However, a powerful real estate mogul, Davana Sealman knows that her son was involved in the trafficking ring and will do anything to keep her son free, even if it means killing the child. Because Lewis refused, he became a loose end, his new goal being to keep himself and the child alive and protect the aforementioned flash drives. His fleeting memory is far from helpful in his ventures and he needs to navigate a world of hitmen all while struggling to remember his last move.

If the plot of ‘Memory’ sounds familiar to you, it could be because Liam Neeson has been putting out similar films for years, but it’s more likely because it’s a remake. ‘The Alzheimer Case’ is a 2003 Belgian film with the same plot, ‘Memory’ is the American remake. The two films both share the same source material, a novel by Belgian writer Jef Geeraerts entitled ‘De Zaak Alzheimer’. ‘The Alzheimer Case’ has a more positive critical reception than ‘Memory’

‘Memory’ has a lengthy cast of characters but each perfectly fills the role needed to flesh out the film. When dealing with such heavy subject matters it’s important to have a solid, redeemable protagonist to counteract the vile acts of the antagonists. This creates a risk of tropey, stereotypical good guy vs. bad guy stories, but ‘Memory’ doesn’t fall into that trap. Each character was purposeful and effective in driving their part of the story. Even those who have minimal screen time feel intentional in the plot beats they do have.

Further, Lewis’ backstory feels fully fleshed out even though we do not learn much about his past. We see his brother going through the same battle with Alzheimer’s that he will soon face, we know that he’s been trying to leave the world of hitmen behind him. Every small detail that is revealed throughout the course of the film comes together to create an entire picture that supports Lewis’ role as redeemable, despite his unsavory actions.

Of course, Liam Neeson excels as a strong protagonist, and we’ve seen him in roles similar to Lewis previously. His performance is just as strong as you’d expect it to be, but he is not the only cast member who shined in his role. Guy Pearce plays Lewis’ counterpart, FBI agent Vincent Serra. Serra leads the search for Lewis, following the clues Lewis left behind to a series of near misses. Of course, we’ve seen Pearce shine in a memory-loss thriller in the form of Christopher Nolan’s ‘Memento’, which he led in 2001. Pearce gave a performance just as strong as Neeson’s and the film peaked when the two were on screen together. As Lewis left to be on the run, the film shifted to focus on Serra for the majority of the plot, building and developing his character just as much as Lewis.

Mia Sanchez shined as Beatriz Leon, the young daughter that Lewis was assigned to kill. Despite her young age, Sanchez never looked out of place acting opposite a seasoned actor such as Neeson. Monica Belluci was perfectly despicable as Davana Sealman, even though her actions are consistently terrible you never want to look away. The entire cast rose to be just as incredible as their co-stars, never leaving one actor to carry a scene, physically or emotionally.

Due to the subject matter of Lewis’ assignment, there is material in the film that can be hard to stomach. It’s important to be cautious when deciding which movies to see and, in this case, it may not be for everyone. There are depictions of human trafficking and sexual assault against minors. Additionally, there is a relatively large amount of blood and gore in the film.

If you’re comfortable with viewing the material, ‘Memory’ can be an exciting watch. Suspense and action flow throughout the entire film and create a viewing experience you’d expect to come from a blockbuster action thriller.