‘Alone Together’: Katie Holmes’ Take On Romance Brewed During the Pandemic 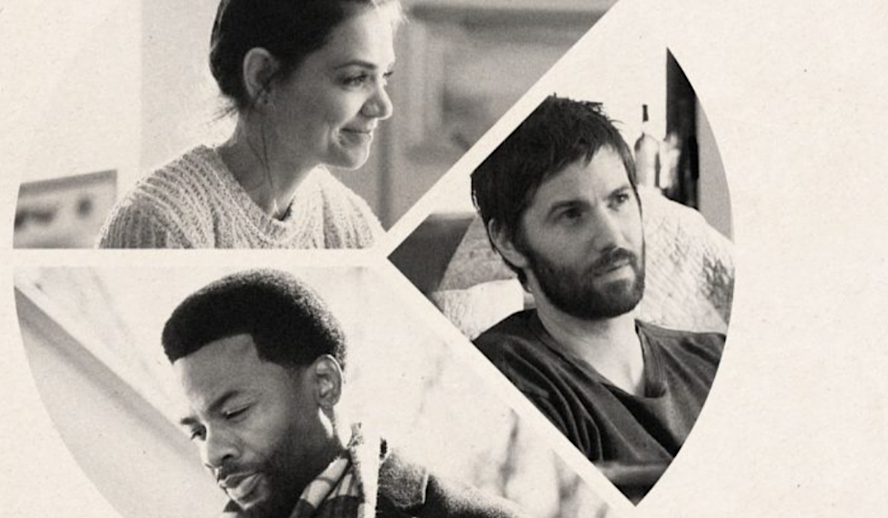 The 2020 COVID-19 pandemic is a time generally remembered for not just it’s forcing a full lockdown of the entire nation, but the fear of what a global virus meant for the future of the world. The sense of being stuck with your family or loved one for a prolonged period of time seemed accomplishable at first but could quickly turn into resentment for one another. It was a feeling of hopelessness in a time when hope was desperately needed.

Directing, producing, and starring in your own film is a feat that is commemorable in its own right, especially as your first feature-length directorial project. Katie Holmes, however, took on the challenge to bring to life her story, ‘Alone Together.’

‘Alone Together’ (2022) is a romance drama film about two strangers, June (Katie Holmes), who is a food critic trying to write a novel, and Charlie (Jim Sturgess), a mechanic on older vehicles. The two accidentally book an AirBnB for the same week and are forced to stay together because of pandemic-related issues. Forced to stay together, the two open up about their love lives and struggles with toxicity within them.

Immersion Into the COVID Struggles

‘Alone Together’ begins in March of 2020 and Katie Holmes’ June trying to take a train when she realizes that all of the New York subway has been shut down. When she speaks to the woman behind the ticket booth, June tells her that she just needs a train and has had a difficult day. The woman responds by telling June there’s nothing she can do, especially since she’s losing her job. This takes June by surprise, as the consequences of the pandemic have not hit her yet. This line alone helps to paint a picture of what the rest of the film will feel like: a full immersion in the fear and unknown that the pandemic brought to the world.

We see examples of this later when June is trying to order food and every restaurant in the area is closed. June asks her AirBnB roommate, Charlie, how long he believes the pandemic will actually last. Charlie tells her that for New York to completely shut down the way it did, the COVID-19 pandemic must go on for a while. June, however, believes the pandemic cannot last more than a few weeks considering that is how long her job told her it would be. It’s clear that June and Charlie here represent two opposing sides of those stuck during the pandemic: the optimist who believes the pandemic could end anyday, and the more realist believing that COVID-19 is a serious illness that would likely cause a shutdown for an extended period of time.

‘Alone Together’ does an excellent job of capturing the emotions felt during the early pandemic, a time likely forgotten or attempted to be forgotten by anyone who experienced it. An element of the story that felt unbelievably genuine was when June arrived at her AirBnB and stepped outside for a moment in order to take in the nature of the New York countryside. June breathes in the air and appears to admire nature as if she’s never seen it before. This feeling of reconnecting with nature is one that many people during pandemic times can relate to, especially with the amount of free time in the early stages of COVID-19. In another scene, Charlie asks June to ride with him on a bike and June responds almost confused. She clearly has not ridden a bike in years and with the pandemic raging, she has the time to reconnect with an activity she has not done in years. It is the little moments like these that not only immerse the audience back into the feeling of the pandemic, but some of the moments that may have made it a little more enjoyable.

The Visuals of ‘Alone Together’

One of the strongest elements of ‘Alone Together’ are the quiet moments between scenes that display the nature and beauty of the world these characters are inhabiting. The film encapsulated some of the beautiful nature of the New York countryside and how June and others experienced it. The cinematography of ‘Alone Together’ was also powerful in its use of saturation, or lack of it. The movie uses a number of shots that are void of bright colors emphasizing the kind of sorrow and sadness felt by June. Through this, the audience can deeply relate to the emotions characters like June and Charlie feel when they first arrive at the home. However, as Charlie and June become more acquainted, the colors of ‘Alone Together’ brighten up, as if June and Charlie’s personal worlds have become brighter. Flowers, trees, and grass all feel a little more colorful when Charlie and June grow closer together.

How ‘Alone Together’ Navigates Toxic Relationships

At the center of ‘Alone Together’ are problematic relationships our two main characters, June and Charlie, endure. At the beginning of the film, we get a glimpse into June’s struggles with her current boyfriend, John. While their relationship feels perfectly fine at first, as the film unfolds we learn how John is controlling of June in little ways. An example of this is when Charlie brings food for June, but she refuses to eat it since she is a vegan. Charlie asks June why she is a vegan, and June responds by clearly repeating what John said to her, “It’s healthier for us.” This idea that John knows what’s best for June is prevalent as when Charlie tells June not to lose herself in her relationship.

Similar to June, Charlie endures a deep amount of gaslighting and mental games from his ex-girlfriend who cheated on him. Charlie explains to June that he had solid evidence that his girlfriend was cheating, but she convinced him he was crazy for it. Because of their problems, June and Charlie feel that they can open up to and confide in each other. However, because their relationship turns sexual, it in itself becomes toxic. June is cheating on her boyfriend with Charlie, despite Charlie saying he did not want to be a homewrecker. It is how ‘Alone Together’ tackles this hypocrisy that makes it so intriguing to watch.

Despite its flaws, ‘Alone Together’ is a genuine take on romance and relationships during the early stages of COVID-19. What makes this movie powerful is how real each of these characters feel and how genuine their interactions sound. Every single person in ‘Alone Together’ feels like a person who experiences real fear and craves real love.