The Scott Rudin Saga: No Country for Abusive Men – Another Heavyweight Falls 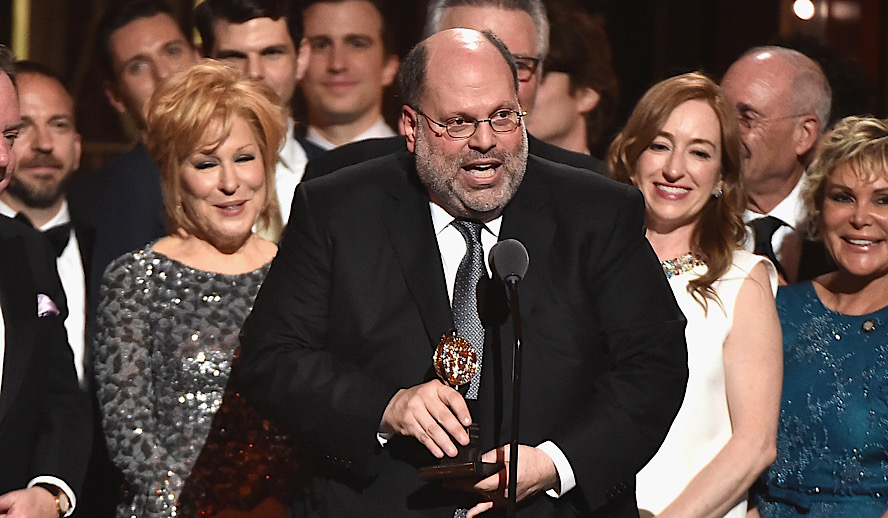 Scott Rudin has left The Broadway League, the esteemed and respected national trade association for the Broadway industry, after his questionable treatment towards his employees gained attention from enough people that it couldn’t be ignored. With his resignation, he has severed further ties with his Hollywood empire, as he’ll be taking a break from all film and streaming projects as well.

A notable, powerful figure that was associated with Hollywood’s elite producers, and a constant presence in the world of Cinema, Rudin’s self-imposed exile marks a seismic shift within the industry, but that shift may mean a safer, more humane, and compassionate environment in Hollywood’s not too distant future.

Scott Rudin’s Past Comes Back To Haunt Him

On April 7, 2021, many of Rudin’s past employees aired out their grievances with the legendary producer through The Hollywood Reporter. They describe a tenuous, stressful, and emotionally taxing environment where verbal attacks from Rudin were treated as commonplace and a tradition passed down from new employee to new employee. Young, hungry interns with stars and dreams in their eyes walk into Rudin’s office, offering their dignity up to the film mogul on a silver platter, hoping that they’ll receive lucrative careers if they tough out Rudin’s rampage.

The trade-off is well worth it for some, but for others, all they have to show for working under the producer is the emotional and physical embarrassment they experienced at his hands. Rudin would often hurl insults at employees, calling them ‘idiots’ or ‘losers,’ and if he wasn’t hurling insults he was hurling physical items like staplers, potatoes, or anything else within reach at his helpless workers in uncontrollable tantrums. Former employees were hesitant to speak up against the producer for decades, afraid that their boss would wield his power over them to have them blacklisted and banished from the industry.

Apart from his own former employees, talent who collaborated with Rudin also shared their feelings about unpleasant encounters with the producer. Sutton Foster, who is reported by The Wrap to star in the Broadway play ‘The Music Man’ along with ‘X-men’ star Hugh Jackman, conveyed relief after hearing news of the terrifying producer’s departure. “I feel like the only positive outcome is the one that happened,” she’d said in an interview with The Hollywood Reporter.

Jackman expressed great pride in Foster, as well as in others speaking out against Rudin. “This has started a conversation that is long overdue, not just on Broadway, and the entertainment industry, but across all workforce.” Jackman had to say on the matter to CNN.

But now, with Hollywood becoming a place where Rudin’s behavior isn’t able to thrive, employees are finally letting their voices be heard, showing that the industry as a whole is becoming less tolerant of this kind of tyrannical attitude.

The Normalization Of Rudin’s Behavior

Rudin’s temper and his treatment of employees weren’t exactly a secret. For years Hollywood was well aware of the way Rudin degraded the people who worked for him, but not only was this kind of culture accepted, some had even seen it as a rite of passage and a way of earning their stripes. In the past, Rudin has even acknowledged and boasted about his reputation as one of Hollywood’s most feared personalities. He’s called the employees who he ran out of his office, and sometimes out of the industry altogether, as simply thin-skinned.

Articles like Hollywood Reporter’s The Most Feared Man In Town and Wall Street Journal’s Boss-Zilla reference Rudin’s behavior in a tongue in cheek kind of manner. Rudin’s workplace antics are treated and seen as interesting tidbits about the producer rather than something requiring change or evaluation. However, it’s easy to see why. Rudin’s style of management was so commonplace at the time that ruthless producers were portrayed as a sort of stereotype in entertainment media. Movies such as ‘Tropic Thunder’, and television shows like ‘Entourage’, feature producers portrayed as ill-tempered, profane, and a bit too ruthless in their business methods, but they’re painted in a comedic, almost endearing light.

Expectations that such personalities are rampant in the business have caused many aspiring film producers to leave the business altogether. Interns who encountered Scott Rudin fled Hollywood, assuming that Rudin represented the industry as a whole. So much so that Caroline Rugo, a former employee of Rudin’s who lasted six months, moved over to Netflix and calls her time there a shock to the system, as she couldn’t believe how respectful and pleasant the environment was compared to her former employer’s.

The New Era In Hollywood Continues

The recent push back against Rudin highlights the changing tides within Hollywood’s power structure, one that’s putting human decency and ethics before power and monetary value. Rudin isn’t the only high-profile figure who’s been outed and accused of fostering questionable work environments. There’s been a domino effect that’s seen the toppling of several celebrities, filmmakers, and producers accused of similar acts against decency, proving that no one is safe from their history catching up with them.

One such person is Joss Whedon, the creator of the classic 90s TV show ‘Buffy The Vampire Slayer’, and the director of 2017’s superhero film ‘Justice League’. Whedon has also recently come under scrutiny for being difficult to work with, berating cast members and creating what some who’ve worked with him call a hostile environment.

After a recent swelling of allegations began to break through the internet, accusing Joss Whedon of abusing his power on the set of ‘Buffy’, and being completely unprofessional during his time shooting the ‘Justice League’, Whedon had stepped down from ‘The Nevers’, a new show on HBO that Whedon had written and produced. Although Whedon hadn’t claimed his departure from ‘The Nevers’ was related to these accusations, HBO has made sure the producer’s name is nowhere to be found or credited whenever they promote their new series, showing how seriously they take these accusations, and how concerned studios are as a whole with the immorality involved in Hollywood.

The actions against these Hollywood titans, men who were once thought to be untouchable, stems from a new precedent where powerful celebrities and producers can’t use their status to humiliate, embarrass and degrade people any longer. The fact that Rudin’s particular style of management has also finally come into question may mean the age of the ruthless, tyrannical producer might finally be running its course, allowing for more compassionate, tempered producers to prosper in Hollywood’s evolving landscape.

Scott Rudin stepping down from his illustrious position opens up room for change, not only within the industry but potentially within the man himself. Rudin’s situation highlights a symptom of a much bigger issue, which is the system that enabled and even lauded this kind of behavior. But with the growing and collective support of those who felt wronged by Rudin and those like him, their courage allows the next generation of filmmakers, producers and celebrities to steer Hollywood down a more progressive path.