‘Operation Mincemeat’: The Real Twists and Turns of WWII Espionage 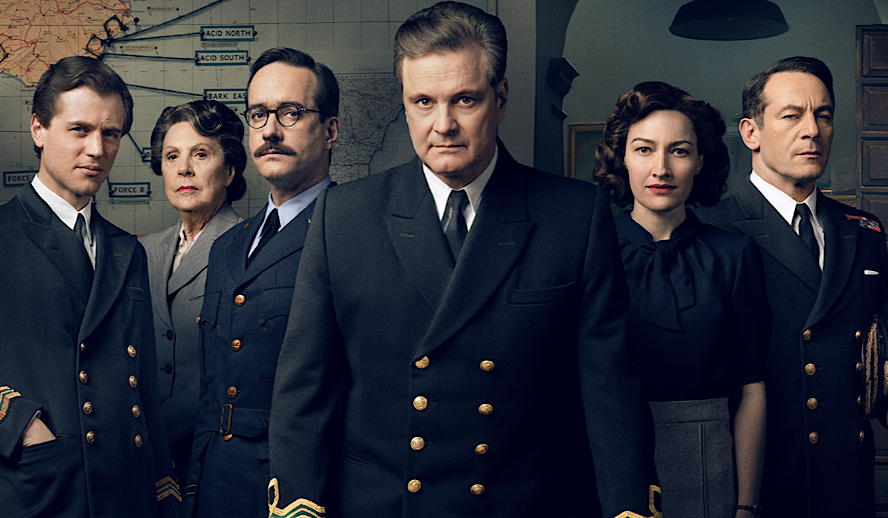 Historical fiction has been a constant in the film industry for decades. The silver screen is constantly showing stories from long ago, whether entirely fabricated or inspired by true events. Some historical films take plenty of creative liberty, taking inspiration from history in order to tell original stories. Some are more true to life, with characters and plot lines based on real people and historical events.

‘Operation Mincemeat’ is a history lover’s dream. The titular operation was a real event in the thick of World War II, and the characters in the film are all real people. The writers, directors, and the rest of the creative team elevated the film from a classic historical fiction to a near-documentary telling of one of the most interesting but least talked about missions within World War II.

Mission Brief: What is ‘Operation Mincemeat’?

The year is 1943, the United Kingdom has been heavily involved in World War II for years. Lt. Ewen Montagu (Colin Firth) has recently said goodbye to his wife and children, staying behind in England while they sought refuge in the United States. While Montagu was working as a lawyer, he was appointed by the Twenty Committee (the group overseeing the Double-Cross System, which worked to capture Nazi officers and supply them with misinformation to relay to their leaders). Now involved with some of the most advanced espionage on the globe, Montagu learns that Sir. Winston Churchill has planned with the United States for the Allied forces to invade Sicily that summer. The problem? Sicily was the obvious target. It was nearly guaranteed that Nazi forces would be defending the invasion.

So, the new mission begins. The Allies need to trick the Nazi forces into thinking that Sicily is not the target, but rather Greece is. Charles Cholmondeley (Matthew Macfadyen) has a plan, a very far-fetched plan. The goal was to have the Nazis discover a corpse carrying false confidential information detailing the attack on Greece. Achieving this goal became Operation Mincemeat. Montagu and Cholmondeley lead the operation in obtaining a dead body, planting it in the ocean, and planning a false attack as well as the real one, all while navigating a love triangle, high emotional stakes, and, of course, the war. None of these situations came easily, strokes of bad luck were plentiful and every move had to be highly calculated. But, in the end, we all know how the war panned out.

A War Story Deeper Than War

Yes, as the title suggests, the operation itself was the primary storyline of the film. However, this doesn’t mean that the film was all grim, bloody, wartime images. The operation was powered by the people and the minds behind it, rather than the events occurring on the battlefields. Each character came with a background and an elaborate web of motivations that led them to the Operation Mincemeat offices. Romantic subplots and family conflicts carry throughout the film and alongside the war. The film isn’t driven by violence and gore but rather by the characters’ deep inner workings and their motivation to succeed in the mission and in the rest of their lives.

Outside of the characters, the film provides depth through the intricacies of planning the mission. The film drops us right into 1942 Britain. Every event and scheme is informed by layers of historical context, revealed to the viewer whenever that information is needed. The historical accuracies do not stop with characters’ names or event overviews. When Cholmondeley suggests planting a corpse he cites the Trout Memo for the idea. The Trout Memo is a 1939 document comparing war deception tactics with fly fishing. The Trout Memo is not the kind of thing you’d learn about in history class or light historical readings. The film digs deeper, finding the real-life inspirations of the characters and their plans.

This added level of historical competence can be credited to Ben Macintyre, the author, and historian who penned the novel ‘Operation Mincemeat’, on which the screenplay was based. Macintyre’s bibliography consists primarily of historical tales, bringing increased depth to stories we’ve heard before. Many of his books have been turned into BBC documentaries, so it is no surprise that the historical literacy within the film extends past what’d we expect from a historical drama.

The film digging deeper than the war itself can be credited in part to the cast. Each character felt whole, never sacrificing characterization or character development in favor of wartime drama or conflicts. The actors gave each scene their all to create a cast of characters that transcended wartime situations and created conflicts and storylines that felt genuine to any setting. In a world more concerned

You may have noticed that leads Colin Firth and Matthew Macfadyen share an iconic role, portraying Mr. Darcy in the 1995 and 2005 adaptations of ‘Pride and Prejudice’, respectively. Their roles in ‘Operation Mincemeat’, despite being involved in a dramatic love triangle, are far from Austenian, but this doesn’t prevent the two from playing them flawlessly. It is a difficult task to bring your own creative touch to a true story, so as to not stray too far from the truth, but both lead actors gave performances that felt true to themselves and their acting choices.

‘Operation Mincemeat’ is a film that can please the crowds. The romantic subplots are emotional and dramatic, the war is intense and suspenseful, and it’s all brought together with high levels of historical accuracy and a compelling mission. Though, the romance, emotion, and war drama serve as merely bonus content as the operation itself is compelling enough to carry the film. Sometimes the more interesting stories come straight from the history books.

‘Operation Mincemeat’ is available to stream on Netflix.

I am sure I am speaking for a multitude of Cinema lovers all over the world when I speak of the following sentiments that this medium of art has blessed me with. Cinema taught me about our world, at times in English and at times through the beautiful one-inch bar of subtitles. I learned from the stories in the global movies that we are all alike across all borders. Remember that one of the best symbols of many great civilizations and their prosperity has been the art they have left behind. This art can be in the form of paintings, sculptures, architecture, writings, inventions, etc. For our modern society, Cinema happens to be one of them. Cinema is more than just a form of entertainment, it is an integral part of society. I love the world uniting, be it for Cinema, TV. media, art, fashion, sport, etc. lease keep this going full speed.”