‘My Best Friend Anne Frank’: The Loss of Innocence in the Face of Cruelty 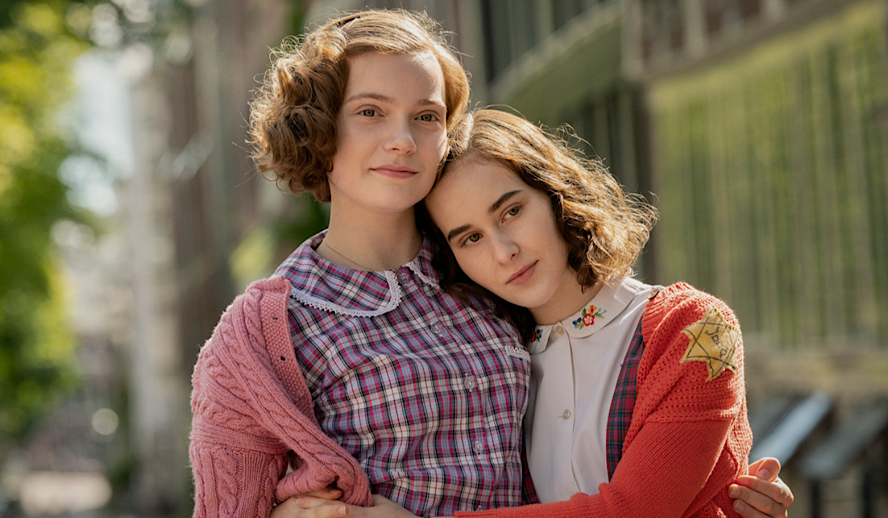 Childhood innocence is a part of human nature. No matter who you are or where you come from, the children around you will all be filled with the same innocence, the same sense of wonder and adventure. Kids will be kids, they’ll play catch with friends, tease each other about school crushes, and dream about the future. This is constant, we see it portrayed beautifully in Ben Sambogaart’s newest film.

The difference is, Sombogaart depicts the loss of innocence, the way innocence is broken and chipped away at. ‘My Best Friend Anne Frank’ is the real story of Hannah Goslar and her experience through the Nazi occupation of Amsterdam and the Holocaust. Hannah’s best friend is Anne Frank, a diarist known for her journaling of her experiences in hiding from the Nazis. At its heart, the film is not about the Holocaust, the Nazis, or the concentration camps, but about friendship and the trials and tribulations that come with having a best friend.

The Calm Before the Storm

The film is told in two timelines, one taking place in Bergen-Belsen, a concentration camp, and the other in Amsterdam, seen as Hannah reminisces on her former life and her relationship with Anne. In Amsterdam, we just see two best friends, more bothered by which boys in their class they’d like to kiss than the political climate around them. When they see a notice that there are no Jews allowed in the movie theater, they sneak in the back. When their ball rolls towards the Nazi guards, they ask for it back (though, with little success).

The liveliness of the Amsterdam sequences is reflected in the cinematography. These scenes are bright and airy, filmed with long tracking shots. The best friends are frequently outside in the daylight, or the light of their windows, dancing around the room or sharing secrets over tea. They are bright and hopeful, planning great adventures for when they can finally leave Amsterdam.

Of course, the hope does not last. The reality of Jewish families living under Nazi occupation hits and life becomes dangerous. The pair cannot live their lives freely, as children should be able to. They cannot escape as they are unable to get passports. Eventually, they get taken away. In Bergen-Belsen, Sambogaart opts for dark colors and low light, contrasting the bright and airy memories Hannah recalls. The scenes are dreary and reflect the atrocities that went on every day.

The audience, however, still sees the world through Hannah’s eyes and her childlike perspective remains intact. The violence that Hannah witnessed was merciless but never took center stage. The horrors often took place in the background, the focus instead being held on Hannah as we see her innocence crumble and crack. We often would hear gunshots, but not see the shootings take place. Even when violence was happening in her own home it was often shown through a doorway or down the hall, never in the foreground.

Director Ben Sambogaart is best known for his 2002 film ‘Twin Sisters’ which was nominated for an Academy Award. As a Dutch filmmaker, it’s likely that the Netflix release of ‘My Best Friend Anne Frank’ will give Sombogaart increased recognition internationally. His directing is worthy of recognition, his choices were tasteful and effective in adding artistic value to the film as well as reflecting Hannah’s current state of mind. The creative team adapted the film from ‘Memories of Anne Frank: Reflections of a Childhood Friend’, a novel written by author Alison Leslie Gold in collaboration with Hannah Goslar herself.

Hannah is played by Josephine Arendsen, who, at only 16, gives an incredible performance. She plays Hannah so believably, which is a feat because Hannah’s situation is unthinkable to most. She excels in playing an innocent child who doesn’t yet understand the world, let alone the war that she’s living through. As the film progresses she gives an equally powerful performance as a broken kid, stripped of innocence and forced to grow up instantly.

Opposite of Arendsen, Aiko Beemsterboer plays Anne. Beemsterboer gives a voice to Anne that we do not usually hear, she’s just a normal kid with big dreams and an equally big mouth. Anne’s screen time is almost entirely in Amsterdam when she can just be a regular child and Beemsterboer plays Anne’s lightheartedness and innocence perfectly. Anne is more adventurous and social than Hannah and each actress shines in their respective traits.

What Worked, What Could Work Better

The nonlinear storytelling was incredibly effective in showing the decline of Hannah’s innocence and the state of her friendship with Anne at different points in her life. It was beautifully done and added a level of artistry to the film, as well as breaking the plot into sections that are easier to digest, as the content is so heavy. Hannah was a well-written, sympathetic character, played perfectly by Arendsen.

The biggest struggle came from Hannah and Anne’s friendship in the film. Hannah and Anne are so different that it often felt that Anne did not respect Hannah, leaving her behind for other friends or boys. Overall, it was not a large issue as it was clear throughout the film that the two loved each other; Even if Anne was a bit brash at times, the core of their friendship did not get lost along the way.

An Artistic Take on History

The Holocaust is a difficult and sensitive topic to cover. It is not something to be taken lightly, especially when portraying real, living people. ‘My Best Friend Anne Frank’ is a beautiful, artistic film, all while being respectful and true to history. There is no sugarcoating the atrocities that took place in Anne and Hannah’s lives. The film balances the horrors of the Holocaust with innocence and character development, all while remaining visually interesting and pleasing. If you’re looking for something gritty and emotional, it’s worth a watch.