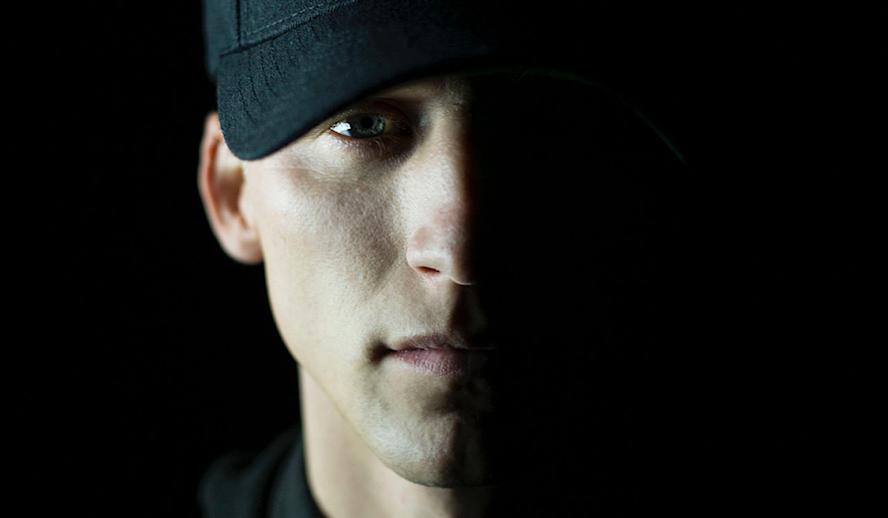 “’Hollywood, Hollywood, hope Nate doesn’t go Hollywood’, you think that you don’t know me good,” is a line from one of NF’s recent records, referencing some fans’ expectations and concerns of NF eventually going mainstream with his music, while immediately attempting to put those fears to rest. But ironically, it’s exactly that kind of raw, world weary grit and honesty brutal enough to leave a permanent bruise that has grown his legend, giving mainstream-like attention to an artist that values discretion. One of the main attributes feeding his legend is his topics of choice. Unlike most rappers of his generation, you won’t catch NF rapping about Benzes, jewelry, women, and parties. His brand of music aims for more provocative discussion.

Substance abuse, addiction, mental health, and sacrifices are the kind of soulful treasures you’ll usually mine from an NF production. Although he uses his platform as a portal to exorcise his own demons, you get the impression that NF is just as interested in healing his fans as he is himself. Displaying incredible passion that’s only tapped into when you’re speaking from an open heart, and with an innate talent for words, NF has proven that even among peers he’s in a class of his own.

NF’s childhood is one that unfortunately many can relate to. At a very young age, NF suffered abuse at the hands of his mother’s boyfriend, which, as with most children in similar circumstances, had a profound effect on his upbringing and mental health. “I grew up with a lot of anger issues,” NF had told a crowd during one of his concerts. “That stuck with me, I’m twenty-four years old, and that stuck with me every single day of my life.” NF also mentions how his mother’s drug addiction once took precedence over the love she had for her children, with NF feeling as though he came second to the prescription medication that had taken over his mother’s life. Unfortunately, as NF and his mom were beginning to repair their relationship, the drugs his mother consumed ended up eventually consuming her, and she ended up passing away from an overdose when he was just eighteen.

The personal tragedies NF experienced became one of the sources for his music, which he’s cited as his own form of therapy and an escape for him since childhood. Beginning in late 2010, NF began to officially release music in a relentless pursuit to achieve his dream, as he sought to give back to an art of music that had given him the comfort he couldn’t find in even his own loved ones. He rapped using his real name at first, Nate Feuerstein, before adopting the more well-known moniker NF. His heartfelt content, resonant style, and powerful social commentary eventually led to NF striking a record deal with Capitol Christian Music Group, who helped the Michigan artist produce his EP, titled ‘NF’.

Afterward, NF’s career began to skyrocket. His debut album, ‘Mansion’, was a chart topping success, featuring his hit song ‘Intro’, which was featured in several video packages for television shows, networks, and video games. His second and third albums, ‘Therapy Session’ and ‘Perception’ respectively, continued spreading the artist’s messages while further expanding his presence, ranking high on billboard charts, with Perception selling over one million copies.

Today, NF continues to outdo himself. Despite his name blowing up in the industry to the point where it’s becoming hard to miss, the responsibility and blessings that come with worldwide recognition has had the opposite effect it’s had on other fortunate rappers. Whereas the power associated with fame fuels typical songs about money and expensive clothes, NF’s newfound status furthers his existential crisis. He describes feeling guilty about his fame in one of his hit songs ‘Why’, but credits his status for deepening his connection with an army of like-minded fans suffering similar circumstances that molded NF into what he became. NF doesn’t treat fame like a birthright, he treats it as a privilege and an asset used to help those in their darkest hour, including himself. An endearing quality that’s in short supply, making it more valuable than many of the jewelry his fellow rappers enjoy wearing.

When first listening to NF, one might overlook the revelation that he doesn’t swear in his records. That might be because he packs his lyrics with so much passion and punch that he makes simple, mundane words sound lethal and particularly dangerous. But trace his career as far back to his ‘Moments’ album, and you won’t find a swear word in any of NF’s music. That’s because, despite his adversity, NF has strong Christian faiths and religious beliefs that provide foundational support for his art. It’s a unique dichotomy. The rage, confidence, and skill showcased by elite artists, but with an unyielding loyalty to his religion that he pays homage to by swearing off swearing. It’s one of the features that make NF an enigma in Hip Hop, but it also manages to help market the emcee as well. After all, because of his lack of cursing, NF’s music doesn’t have the same restrictions that other more explicit Hip Hop content would.

His music is accessible to everyone regardless of age group, but without being cookie-cutter, safe, or specifically kid-friendly. NF is evidence that music doesn’t always need to be laden with profanity to explore mature or R-Rated content, which is a testament to his own creativity. Oftentimes, NF has been referred to as a Christian rapper, a label that he’s rejected, and rightfully so. To stamp him with a Christian rapper tag is to try to categorize him when in actuality NF is practically his own sub-genre; a unique artist with an individual style he has all to himself.

NF’s career shows no signs of slowing down or aging prematurely. Even now, when he’s at the heights of his success, it still doesn’t quite seem like he’s reached his artistic apex. His records keep selling more, the quality of his albums continues improving, and you get the feeling that he’s building up towards the magnum opus he hasn’t found yet. With his content touching more and more lives, witnesses watch NF’s impact almost in slow motion, seeing in detail how the artist is making explosive waves throughout the country completely unavoidable. If nothing else, NF has already left his fans with his art as a gift. His content uplifts and inspires, it consoles and protects, which is why his fans are some of the most passionate in Hip Hop today. But it’s clear that when it’s all said and done and history is written, NF will go down as one of the most conscious and provocative poets that ever picked up a microphone.