Put Some Respect on My Pen, Highlighting Songwriters of Famous Songs and Giving Credit Where It’s Due 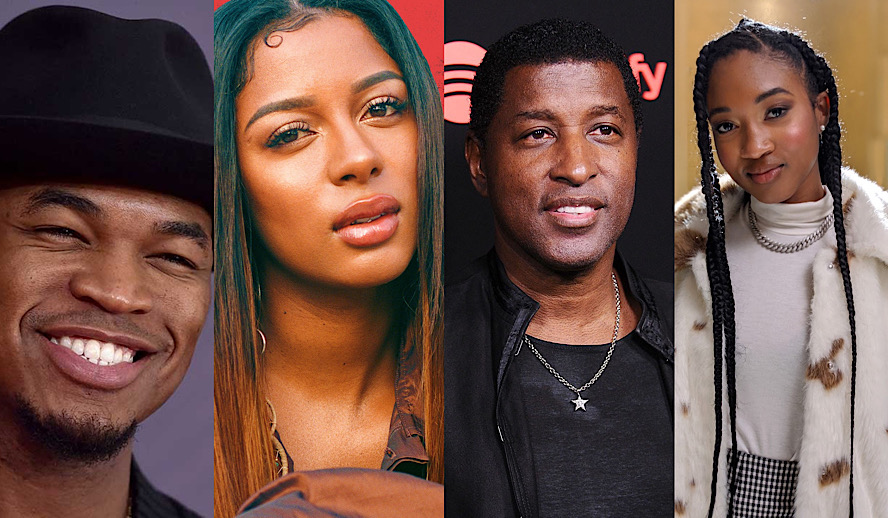 On the song “Solo Reprise” off of Frank Ocean’s album ‘Blonde’, the legendary Andre 3000 says, “After twenty years in, I’m so naïve I was under the impression/ That everyone wrote their own verses…/ I’ve stumbled and lived every word.”

Have you ever heard a song and wondered if the artist performing actually wrote the words they’re saying? Even when artists claim to write their own music, there’s always the possibility of a ghostwriter behind the scenes. Even when an artist is transparent about having writers, most people can’t put a face or a name to the writers of lyrics they know and love. It’s time we give songwriters more credit and put some respect on their names. Here are four writers and the songs they were apart of and went unrecognized for.

Here is Our Respect to Songwriters:

While many of his hits singing were more than 10 years ago, to the average listener, it might’ve looked like Ne-Yo fell off, losing the giant momentum he gained in the early 2000s. But what many don’t know is that a career that leaned strongly on his vocal performance shifted towards a career of songwriting.

Did you know Ne-Yo wrote “Irreplaceable” by the one and only Beyonce? It’s likely you haven’t heard the song in a while as it was released in 2006, but I guarantee you’ve had it stuck in your head at one point or another. Ne-Yo had a generation of kids saying “to the left to the left” and the song stayed 30 weeks on the Billboard charts, peaking at #1.

Ne-Yo wrote an absurd amount of Billboard hits throughout the 2000s. Rihanna’s “Take a Bow” was also written by Ne-Yo. The song also peaked at #1 on the charts and is a unique take on the classic break-up song that avoids the traditional formula. And this isn’t all he’s written. Everything from Jay Z and Beyonce’s song “Hollywood”, to “Let Me Love You” by Mario, to plenty more Rihanna songs like “Hate That I Love You” all have Ne-Yo’s name attached to them. Truly a pioneer in RNB it’s time we celebrate his hits over the years and give him the recognition he deserves.

An artist behind a vast collection of your pop favorites, Victoria Monet is a force to be reckoned with! Beginning with a strong interest in singing at a young age, Monet soon began recording her own music. Not only does she have a stunning voice, but at merely 27 she has the songwriting potential of someone twice her age. You know “Do It” by Chloe Halle? Well, you can thank Victoria Monet for writing it. Did you like the song “Ice Cream” with Selena Gomez and Blackpink? You can thank Monet for writing it.

Most importantly, Victoria Monet is truly making strides because of how close she’s stuck to powerhouse Ariana Grande. The two have worked together for years, writing and collaborating with music together before Ariana’s ‘Sweetener’ era. Cultural staples like “7-Rings”, “NASA”, and “Thank You Next” were written by Victoria Monet. Off the ‘positions’ album, the likes of “34+35”, “love language” and “nasty” were written by the Georgia native. If Ariana Grande has a hit, odds are, you can thank Victoria Monet for the song’s success.

Victoria’s triumph is not just about numbers and money, however. Her compatibility with Ariana Grande is merely a door that will open her to a wealth of new opportunities as she continues to use her pen to dominate the charts. Innate talent like this comes once in a lifetime and it’s important that we give folks the acclaim they deserve.

To put it simply, Babyface is the blueprint for RnB; he’s one of contemporary music’s founding fathers. Not putting him on this list somewhere would be blasphemous. Writing for everyone from TLC to Whitney Houston to Beyonce to Michael Jackson to Mary J Blige and an absurd amount more, Babyface’s career is one of pioneering and one that continues to do so as the man isn’t done writing music!

Responsible for hits like “I’m Your Baby Tonight” by Whitney Houston, “Never Gonna Let You Go” by Faith Evans, and even Madonna’s “Take a Bow”, Babyface has been the backbone of the music industry for decades.

Far too many artists go unrecognized for their talents. In an industry that thrives on exploitation and theft, careers like that of Babyface’s are inspiring to hear because they’re a testament to the fact that talent met with hard work will triumph and establish fresher and stronger industries every time.

There isn’t a modern example of someone rising to stardom in songwriting like there is with Nija Charles. At only 21 she’s already worked with the likes of Cardi B, Beyonce, and Jason Derulo just to name a few. Beginning her career while attending New York University, the artist began producing music in her dorm room and sending it off to Instagram.

While producers and scouts found general interest in her beats, it was her lyricism that captivated people’s attention. “After a debut feature on religious rapper Lecrae’s track “Lucked Up,” Nija found herself flying across the country on weekends, juggling studio sessions and studying,” ABC says.

Since dropping out of NYU her most recent huge accomplishment is the success of Lady Gaga and Ariana Grande’s “Rain on Me” which she co-wrote. 2019 was a monumental time for the young star as she was able to work with artists like Cardi B on her ‘Invasion of Privacy Album’, and Beyonce and Jay Z on their ‘Everything is Love Album’.

By the end of that year, she had been named one of Forbes 30 Under 30. And that’s just the tip of the ice-berg. Ninja Charles has one of the biggest potentials of any artist in the game right now and she truly secured that with her astounding talents alone. Songwriters can often be pushed to the sidelines, but Nija Charles is breaking barriers and rightfully stepping into the spotlight!