A Tribute to DMX: Celebrating the Legendary Rapper + Artist’s Life and Best Moments 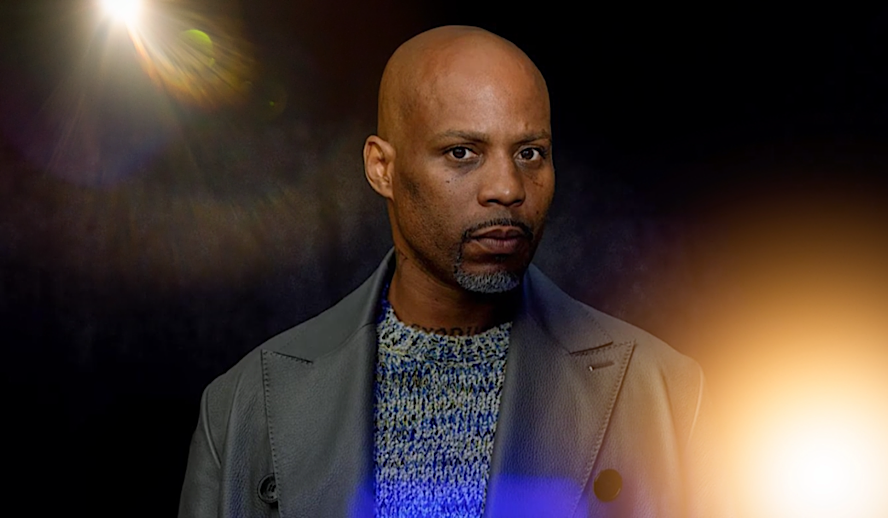 Our condolences go out to DMX also known as Earl Simmons’s daughter, the ones he considered his family, and his close friends.

Earl Simmons had a ridiculously rough childhood. Unfortunately, he grew up in an extremely abusive and neglectful household. He had been bounced around between various foster homes and got caught up in a world of trouble. There was a moment in his young life, where he was homeless, forced to sleep on the streets, and befriended stray dogs as companions. Despite this, Simmons found a profound love for hip-hop music, instruments, and beatboxing. Music truly healed his soul. Simmons called himself “DMX” after the instrument Oberheim DMX Drum Machine. This was an instrument he used often during his stay in one of the foster homes. Over time, the name had been interpreted as ‘Dark Man X’.

Related article: ‘Concrete Cowboy’ Is An Emotional Coming-of-Age Drama That Dedicates Itself To Philadelphia’s Community of Black Cowboys

Related article: Why Noname Turned Down the “Judas and the Black Messiah” Soundtrack | Whitewashing Black History

Simmons had quite the early start in the music industry. At age 14, the star beatboxed for another musical artist known as Ready Ron. The duo were partners for a while. After continuously getting into legal trouble, DMX quickly began to devote himself to writing and freestyling. He performed at local recreation centers for the youth and even produced his own mixtapes, after his release from prison. He gained plenty of street credibility in New York, opening many doors for him as an artist. Columbia Pictures discovered DMX in 1992, signing him to the ‘Ruffhouse Records’ label, where he would go on to release two singles in 1994 by the names of, ‘Born Loser’ and ‘Make a Move’. After this success, he continued in pursuit of his promising career.

If you were ever to mention the name ‘DMX’ to a person, they would immediately think of some sort of wild anecdote or headline. He was a man of many quotes and many memorable moments. He was the definition of an icon. In this article, we took the time to comprise a list of just a few of the star’s many memorable moments throughout the span of his career.

Who could forget the insane Woodstock performance? Nobody, that’s who. In 1999, DMX performed his hit song, ‘Ruff Ryder’s Anthem’ at the Woodstock 99’ concert for an audience of over 200,000 adoring fans. Despite the intense heat, exhaustion, and hunger, every single person in that crowd danced, cheered, and sang along to the lyrics of the song. DMX barely even had to perform. It was a beautiful example of how music united people. 200,000 complete strangers having each other’s back and, enjoying the moment with each other. It wasn’t only people who loved and adored the rap legend. He had quite a way with animals.

Dogs are truly a man’s best friend. American rapper, Murda Mook, shares a hilarious story of how one of DMX’s dogs acted as his hypeman, during one of his rap battles in the streets of Harlem. The story was told on the ‘Bars Central Podcast’ back in 2020. The dog growled at DMX’s opponent after being mentioned in his verse. According to the story, DMX says something along the lines of, “Careful, my dog, she might bite you.” to which the dog viciously growls in response. DMX’s response to this, “Chill ma, let me get him.” The hilarious one-liner sent the whole room into a fit of laughter. This is an undeniably sweet and wholesome moment between man and pet. It perfectly captures his great sense of humor and his connection to his dog. This is only one of many funny moments from the superstar.

In 2012, DMX was interviewed at the popular radio show, ‘Power 105.1’, where he was given the task to perform lyrics given to him by a nervous interviewer. The lyrics he was given just happened to be the classic Christmas jingle, ‘Rudolph The Red Nose Reindeer’. DMX reassured that he knew the words by heart and immediately started performing the song. The upbeat, catchy song paired with his gravelly voice, and hard exterior made for an instant viral video. The video became so widely viewed and shared that DMX recorded and released his own remix of the song in 2017. It was such a fun moment for the rapper, and for anyone who had witnessed it. DMX loved to have fun. More importantly, he was good at it.

The Legacy And Impact DMX Left Behind

Despite the rough and tough stage persona and depictions of Simmons, he was a man full of heart and love. He was a family man, who chose to be a human being, before being a celebrity. He has touched the lives of many people beyond the musical realm. The whole world seemed to be affected by the loss of the rap royal. Based on the reactions of celebrities and fans, It is clear that Simmons was seen and appreciated as more than just his music. He made friends with anyone he had collaborated with whether it be in music, in film, or television. He always kept connections with people, making them feel special and appreciated. You know you’re a good person when you make other’s feel important. That was his best quality.

February 11th, 2021 DMX sat down for an interview with ‘Drink Champs’, delivering a message that seems both grim and uplifting at this moment. DMX would go on to say, “Listen to what I’m saying. If I were to die now, my last thought would be, I lived a good life.” And the room erupts with applause. The world didn’t know it then, but this would go on to be his final interview. Simmons had dealt with struggles that most people will never know. But his love for music and life served as a beacon of light through it all. He will be missed by many. May he rest in peace.