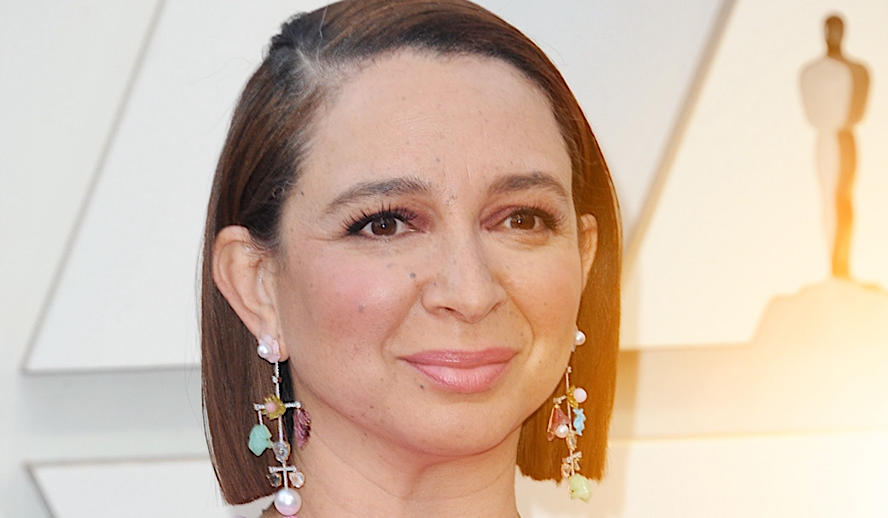 Many people know Maya Rudolph for the various roles she has played over the years in popular movies such as ‘Bridesmaids,’ ‘Grown Ups,’ ‘The Good Place,’ and much more. However, some people may not be aware of how the hilarious Maya Rudolph made it into these significant roles in the first place and how ‘Saturday Night Live’ would ultimately change her life and bring her to the spotlight.

Maya Rudolph always had an interest in the theater and music industry and, in fact, began performing for a local theater at a young age leading to her interest and position within three different bands around her attendance at the University of Southern California. It wasn’t until she joined the Groundlings, a comedy troupe, after graduating college that she would land her first roles and be recognized for her talents as a comedian by ‘Saturday Night Live’ in the late 90s.

Though she had already received her first roles during her time as a member of the Groundlings, she continued to be noticed as she joined ‘Saturday Night Live’ and ended up landing roles in movies such as ‘Duets’ starring Gwyneth Paltrow and ‘50 First Dates’ starring Adam Sandler. She has continued to land significant roles in movies and television shows, has gained quite the experience as a voice actor, and showed off her comedy skills along the way.

Maya Rudolph was born in Gainesville, Florida, on July 12, 1972, to her father, Richard Rudolph, and her late-mother, Minnie Riperton. Both of her parents were successful within the music industry. This has often been Maya’s reasoning for her passion for music that showed through her early childhood involvement in the local theater and later in bands such as Super Sauce, The Rentals, and Princess, a Prince cover band.

Maya’s mother Minnie tragically passed from cancer when Maya was a child. Maya has often said this period of her childhood up until her adult life would be understandably hard to overcome and accept. Stricken by tragedy, her father, Richard, would raise her brother and herself on his own as they grew up to be successful adults.

Maya Rudolph – Some of Her Most Popular Roles

Maya Rudolph has starred in some of the most hilarious and popular television shows and movies over the years, and there are arguably too many to even list here, but here are some of my personal favorites that ended up being well-known and popular over the years. In the early 2000’s some of her most popular roles came from movies such as ‘Duplex,’ ‘50 First Dates,’ ‘A Prairie Home Companion’ (filmed while she was actually pregnant in real life), and more.

The later 2000s would bring even more notable roles in movies such as ‘Bridesmaids,’ ‘Grown Ups 2,’ ‘Sisters,’ and more. She would also step into voice acting with roles in popular movies such as ‘The Emoji Movie,’ ‘The Lego Movie 2: The Second Part,’ and ‘The Angry Birds Movie 2,’ which would reveal her ability to take part in all roles that the movie and television industry have to offer.

Over the years, Maya Rudolph became a part of one of Hollywood’s coolest girl gangs made up of her friends, who all have met and become close throughout their journeys in Hollywood. People that make up the friendship group include actresses and comedians Kristen Wiig, Rachel Dratch, Amy Poehler, and Tina Fey. They have all worked on multiple projects together throughout the years.

I can’t say I’m not jealous of this friendship group, as who wouldn’t want to be a part of a friend group filled with some of the most hilarious female comedians of all time. Still, also it really is so fun that they are able to take on projects together, and I would assume a sense of comfortability probably comes along with that too. In other words, it seems the comedians have been able to provide a sense of family within their careers which is not always the case when it comes to the television and movie industry.

Just because Maya has found her place within the film and movie industry does not mean she has strayed away from gigs and shows featuring herself, and in fact, comedy has remained a constant within her career. Maya is, of course, always featured on morning and late-night talk shows where the crowds can’t help but adore her hilarious and down-to-earth personality.

As you might already know, she is constantly starring in comedy shows with other well-known celebrities such as David Spade, Kristen Bell, and more, but she also occasionally hosts cooking shows and award shows; what can’t she do? One thing, without a doubt, will always reign true for Maya; her personality and talents are timeless and have ultimately won over many people over the years.

As Maya continues to take on roles showcasing her hilarious personality and talents, there is no doubt that she will continue to thrive and grow in Hollywood for years to come. Maya Rudolph has inspired many through her overcoming of obstacles, hard work, and of course, that Prince cover band she once was a part of back in the day.

I will always wish I was a part of her girl gang, but for now, I will pretend like I am while watching the hilarious movies and projects they have been a part of and created over the years. I can’t wait to see what will come next from Maya, but for now, I will go back and watch everything she has released in the past. In the meantime, check out what she is coming out with next.

Maya Rudolph is always working on something new, and you can expect to see her starring in a couple of upcoming roles that will be out before we know it. Some of these roles include ‘Disenchanted’ with Amy Adams, directed by Adam Shankman. She will also be featured in ‘Human Resources’ with Aidy Bryant, created by Jennifer Flackett.