Prince: Nine Most Interesting Fun Facts About The Musical Icon 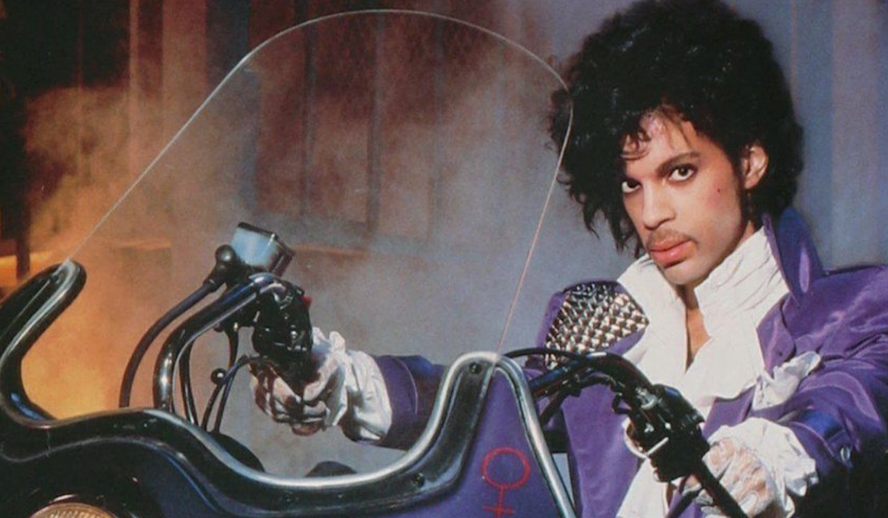 Many fans today know him as just Prince. Yet, if you are to ask somebody of a different generation, they might have called him something else. Prince truly was a man of many names. He went by many aliases such as, The Kid, Christopher Tracy, Alexander Nevermind, The Purple Purv, and a few other names that I will not be repeating here due to political correctness. Finally, Prince settled for the name, The Artist Formerly Known As Prince. He remained under that alias until December of 1999 when his copyright agreement with ‘Warner Bros.’ expired. After that, he just went by Prince. I feel many people would have been surprised to find out that his government name was actually, Prince Rogers Nelson, a name his father gave him to pay homage to his own jazz combo. With a birth-given stage name like that, it is almost as if he was born to be a star. And so he was.

Despite the artist’s small five-foot-two stature, he was very good at the game of basketball. He even played on a team in his junior high days. Late comedian, Charlie Murphy, recalls a story about Prince challenging him to a friendly, yet ultra-competitive game of basketball. According to Murphy, Prince kept his blouse on throughout the game, ultimately won, and then served the losing team some victory pancakes. The story became iconic, as it was reenacted on a segment of the ‘Chappelle Show’, starring fellow comedian, Dave Chappelle. Whether this story is fabricated for comedic purposes or not, many pictures are floating around of Prince playing some basketball with close friends of his, including his bodyguard!

Prince didn’t initially want to write the lyrics to his most popular, and widely recognized single, ‘Purple Rain’. Reportedly, he has asked American singer/ songwriter, Stevie Nicks to write the lyrics to ‘Purple Rain’ for him. As honored as she was to be given such an opportunity, the long runtime and complexity of the track felt a bit overwhelming to her. She respectfully declined the offer, forcing Prince to write his own lyrics. I often wonder how different ‘Purple Rain’ could’ve been if Stevie were up for the challenge. I wonder if would have been nearly as successful as it is today. I guess we will never find out.

A Man Of Devout Faith

Prince was actually a devoted Jehovah’s Witness. In 2001, Prince Rogers Nelson was baptized into the faith and began going to people’s homes to spread the word about Jesus. Reportedly in 2003, a woman recalls Prince coming to her home in Minnesota. What she initially thought a request to use her property as a set,  turned out to be an opportunity for Prince to spread the gospel to her. Confused and may be slightly offended, she told him she was not interested in what was preaching. He continued anyway. It’s not uncommon for musical artists to practice their faith. In fact, many artists have been revealed to have been Jehovah’s Witnesses before their success in the music industry, such as Donald Glover, Geri Halliwell, Jill Scott, and even The Notorious B.I.G. However, it isn’t often that an already well-known artist goes to random homes to read scripture to unsuspecting people.

Prince And The Chocolate Factory

Much like the iconic film, ‘Willy Wonka And The Chocolate Factory’, Prince had 14 purple tickets hidden within his album, ‘3121’. With seven being hidden within the United States, and the other seven being hidden internationally, there was a pretty fair chance for everyone. The lucky fans that would find one of these rare tickets, would get access to a free concert in Prince’s home. Very similar to how the golden ticket kids would get access to a free chocolate factory tour. This was a brilliant marketing strategy, and I can only wonder if Roald Dahl or his family had made any profit off of this stunt.

Prince Is Above Censorship

Popular American sketch comedy show, ‘Saturday Night Live’, is known for keeping things relatively PG in its monologues and sketches. However when Prince made his first appearance on the show, he dropped a few F-bombs during a musical number, and they had not been bleeped out from the program. This was the first and likely last time that a slip-up like that had ever happened on ‘Saturday Night Live’. Now in days, censorship has eased up a bit with certain words, but the F-bomb will almost always be edited out of mainstream television. Prince is just too cool for the censorship, I suppose.

It was no secret that Prince had many talents, He was gifted in many art forms such as singing, dancing, playing various instruments, acting, and directing. He was so talented that he actually held three number one spots on the charts, for three different forms of entertainment. One of the spots he earned from his iconic semi-autobiographical film, ‘Purple Rain’. Another one of the spots he earned for the film’s soundtrack. Finally, the last number one spot was earned for his single, ‘When Doves Cry’. The most impressive part about all of this is the fact that all three of the number one spots were acquired in the same week. I don’t think I’ve seen an artist or entertainer accomplish something that epic ever since.

Yeah, you read that right. All of you color lovers out there can now paint with a unique shade of purple that had been created in honor of the late musical legend. The color was developed by the standardized color matching system, ‘Pantone’. What I find most incredible about this color is how it was named. The name of the specific paint color is a symbol most synonymous with Prince. The signature, trademarked symbol being, ‘Love Symbol #2’. The color is the perfect shade for royalty. It was a brilliant way to pay homage to ‘Purple Rain’, and a nice way to pay tribute to Prince’s legacy.