David Letterman: A Remarkable Talk Show Host – ‘My Next Guest Needs No Introduction’ 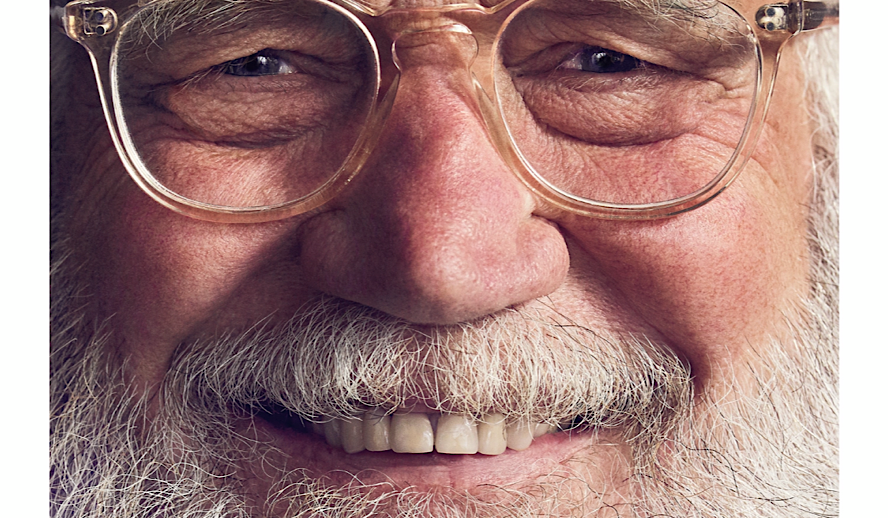 My Next Guest Needs No Introduction With David Letterman is a warm watch made especially for those who feel like the talk show format could do with more honesty and less artifice. It comes across as something approaching the midpoint between a typical piece of late-night and more laid-back interview platforms such as The Joe Rogan Experience. Who better to usher in this transition than David Letterman, the king of late-night. My Next Guest Needs No Introduction boasts a variety of guests and some refreshingly candid interviews, even if it dips into self-congratulatory Hollywood waffle every now and then.

Related article: Ranked: Top 5 Episodes of ‘My Next Guest Needs No Introduction’ on Netflix

My Next Guest Needs No Introduction benefits a lot from its host. Letterman is clearly a legend of the American talk show so it is nice to see him turn to a medium that better accentuates his skills as an interviewer. He is an immediately likable host. Even his appearance adds to the show’s quality – his biblical, Walt Whitman-esque beard exudes wise-hood and adds to the sophisticated, insightful tone. A laid-back hangout show like this needs a likable host, and My Next Guest certainly possesses one in Letterman.

Though the high frequency of celebrity back-patting stops this from being candid in the way that, say, The Joe Rogan Experience is, it is notable that Letterman’s interviews manage to strike a balance between the usual showmanship and genuine interaction. Though the conversation with Robert Downey Jr involves the usual small-talk, it increasingly delves into the darker aspects of his life in a revealing manner that never becomes confrontational – which is impressive when you consider how notoriously difficult it is to question Downey Jr about his past. A similar quality is present in the Kanye West episode – whereas many interviewers tend to condescend West, Letterman finds a way to address him in a welcoming, genuine manner which immediately leads to a more interesting conversation.

The episode with Barack Obama is fascinating – it is far more about him as a person than as a politician, which is a rare sight given his high position. Insights about his wife, daughters, and life before politics are well elicited. It genuinely seems like Letterman likes all of his guests – he treats them with an infectious warmth which is hard to not be won over by.

As well as this, the interviews work because Letterman adopts his style to the specific guest he is interviewing. When talking to Robert Downey Jr, he adopts a more performative demeanor that compliments the actor’s boisterous personality. With Dave Chappelle, he listens more closely, which suits the comedian’s thoughtful yet biting comedic style. When interviewing Kanye West, he finds common ground through the discussion on mental health. In the first episode, he knows to simply listen to Barack Obama – Letterman is able to adapt to any guest’s personality.

A Wide Variety Of Guests

My Next Guest Needs No Introduction also benefits from having a wide variety of guests. Some viewers may be interested to see superstars like Kim Kardashian and Kanye West brought down to earth, whilst others may prefer to hear the extraordinary story of Malala Yousafzai. It seems Letterman is able to bring anyone in – Jay-Z’s appearance is particularly telling given that he doesn’t do many interviews. His episode in particular shows a soft, fascinatingly friendly side to his character. Interviews with comedians Dave Chappelle, Ellen DeGeneres and Zack Galifianakis are similarly revealing and serve as further proof of the diversity of the lineup. The wide variety of guests is a good reason why My Next Guest Needs No Introduction is worth checking out – there is at least one interview for everybody’s tastes.

Additionally, the interviews aren’t just interviews. Each episode finds Letterman going to a different location to round out the central discussion. During Jay-Z’s interview, there are clips of him visiting the Shangri La studio where several other influential artists have recorded work. The talk with Barack Obama is backgrounded by Letterman’s visit to Selma with Congressman John Lewis, and other interviews are complemented by house visits. Letterman’s interview with Bollywood legend and superstar Shah Rukh Khan takes us into his home and a meeting with his wife Gauri Khan. We get to see life from the perspective of a man who enjoys multi-billion-dollar stardom, as well as the sparkling story of how he reunited with his wife.

Sometimes, this extra content can be mixed in impact, as it can detract from the main guest. More specifically, it can lead to a focus on aspects of the guest’s life that are less interesting than what they have to say in the discussion. The house/mansion tours tend to feel like victory laps for the financial success the particular interviewee has amassed instead of revealing information about their character – the Downey Jr episode particularly suffers from this. The more Lamborghinis, farms, and general luxury are the focus, the less engaging it is to watch.

Additionally, though it is often pleasurable to see Letterman warm to his guests so passionately, it would be nice to see him pick more difficult interviews. Not necessarily to grill, but to offer a more challenging alternative to the existing format. This isn’t a realistic wish, however, were it to be realized, it would turn My Next Guest Needs No Introduction into a more complete experience.

Overall, My Next Guest Needs No Introduction With David Letterman is a comforting and occasionally revealing watch. It greatly benefits from the legend, warmth, and interviewing skills of its host. It is certainly a needed shift away from the current landscape of insubstantial, increasingly outdated talk-shows. The interviews seem honest, natural awkwardness is welcome and the laughs aren’t shoved down your throat. The outdoor activities bring a sense of variety to each individual episode and are mostly successful. Each episode makes good use of the huge names on display. The lineup of guests isn’t just big, it is diverse; celebrities are the main draw but within that, there are comedians, musicians, actors as well as more overtly serious figures such as politicians and activists. Some may want more challenging interviews, but for the comfort-food that it mainly is, My Next Guest Needs No Introduction is certainly worth a watch.