The Evolution of JoJo Siwa: From Dance Moms to Nickelodeon to Beyond 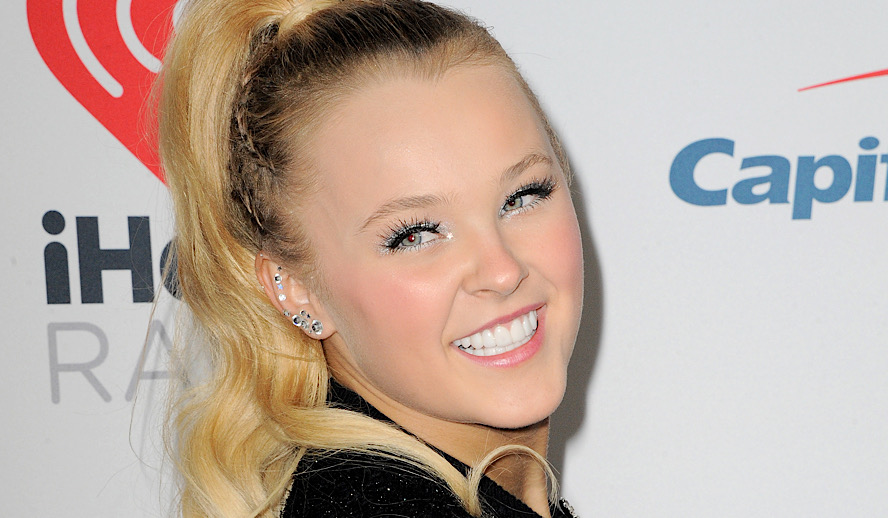 Many of today’s biggest stars got their foot in the door early by working as child stars. Some of the most popular names in Hollywood, such as Leonardo DiCaprio, Ryan Gosling, and Joseph Gordon-Levitt all began acting long before they could get a driver’s license. Even musicians like Fergie, Drake, and Britney Spears took their turns to show off their acting chops before pursuing music full time. Love it or hate it, child stardom is continuously pursued by children and parents alike, and often results in an industry career through adulthood.

Frequently, we only look at child stars after the fact, finding credits in the depths of our favorite actor’s IMDB page, but that’s not always the case. For almost a decade we’ve been watching a child star blossom into a genuine, grown-up celebrity before our very eyes in the form of JoJo Siwa. At eighteen years old, many would still consider her a child, hardly out of high school and mere months into adulthood, but since her initial childhood stardom, her career has lived a life of its own.

JoJo’s mother, Jessalynn Siwa, was a professional dance instructor and owned studios JoJo’s whole life. So, when the pair decided that a young JoJo would be pursuing stardom, dancing was the venue of choice. JoJo made her television debut at only nine years old in 2013, on season two of ‘Abby’s Ultimate Dance Competition’, a ‘Dance Moms’ spinoff. In her first episode, Jessalynn stated that it was her life’s mission to make JoJo a star. While that is immense pressure to put on a little kid, it’s safe to say her mission was accomplished.

Following her elimination on ‘Abby’s Ultimate Dance Competition’, JoJo found her way to ‘Dance Moms’. JoJo competed on ‘Dance Moms’ for two seasons, during which she launched her own YouTube channel, amassing over 12 million subscribers. JoJo’s reality stardom launched her career, sending masses of people toward her YouTube channel and giving her a platform to pursue other ventures, primarily music. JoJo’s single ‘Boomerang’ was released in 2016 and was incredibly successful, launching her music career and gaining platinum certification along the way.

Nickelodeon and A Growing Brand

JoJo left Dance Moms during her second season, a shorter than average stint on the show. The show made it seem that JoJo left due to disagreements on a number and many speculated about the true reason for her abrupt exit, be it bad blood or poor treatment, but in reality, JoJo was presented with an offer she couldn’t refuse; A contract with Nickelodeon. In 2017 JoJo signed with Nickelodeon and began appearing on swaths of Nickelodeon programs, from appearances on sitcoms in a cameo or brief guest role, presenting ‘Lip Sync Battle Shorties’ with Nick Cannon, to Nickelodeon original movies.

Her Nickelodeon work took JoJo from a child on some reality television to an entire brand. In 2016 JoJo partnered with Claire’s to produce a line of her signature hair bows, and things only escalated from there. Soon JoJo was releasing books, clothing, bedroom decor, cosmetics, dolls and nearly anything else that could be branded toward young people. It’s almost guaranteed that one will come across some JoJo branding in any Walmart or Target nationwide. JoJo was a household name, whether there were kids in the house or not. She was a celebrity, she was a brand and she was admired by kids across the globe.

JoJo Siwa – Coming Out and Growing Up

In January of 2021, JoJo posted a TikTok lip-syncing to Lady Gaga’s ‘Born this Way’, implying that she may be a part of the queer community. She posted a follow-up video on her Instagram confirming what the internet had thought, she had, in fact, come out. Soon after JoJo announced that she had a girlfriend. This was unlike most of the comings out we’ve seen from celebrities, this was bigger. JoJo’s audience was primarily young kids who looked up to her. She was already positive and covered in glitter and bright colors, making her a good, non-toxic role model for children, but now kids could have a queer role model to look up to.

JoJo was met with overwhelmingly positive support. Many parents were grateful to be able to educate their children on the variety of identities a person can hold and many young queer people were beyond thankful for the representation. Even older queer folk who had not grown up with JoJo accepted her with open arms, happy to have such a bright light in the LGBT community. JoJo’s coming out was monumental, not only establishing her as a queer icon, but also giving young people a positive example of queerness in their day-to-day lives.

It’s Time to Take Her Seriously

In 2021 JoJo made waves when she began competing on ABC’s ‘Dancing With The Stars’. JoJo competed with dancer Jenna Johnson and the pair was the first same-sex couple to compete in the show’s 30 seasons. This was huge for JoJo’s career, proving herself as a serious and talented dancer, making strides toward inclusion on television, and bringing her from children’s media to a larger, older audience.

JoJo’s Nickelodeon contract has ended and the more mature side of her career is only just beginning. It was recently announced that JoJo would be a judge on an upcoming season of ‘So You Think You Can Dance’, further cementing her both in the dancing world as well as in primetime television. JoJo made a name and a brand for herself and is now shifting and adjusting it to grow alongside her. She is an absolute genius of a child star, seamlessly shifting from children’s content to following her own passions and creating the content she truly loves.