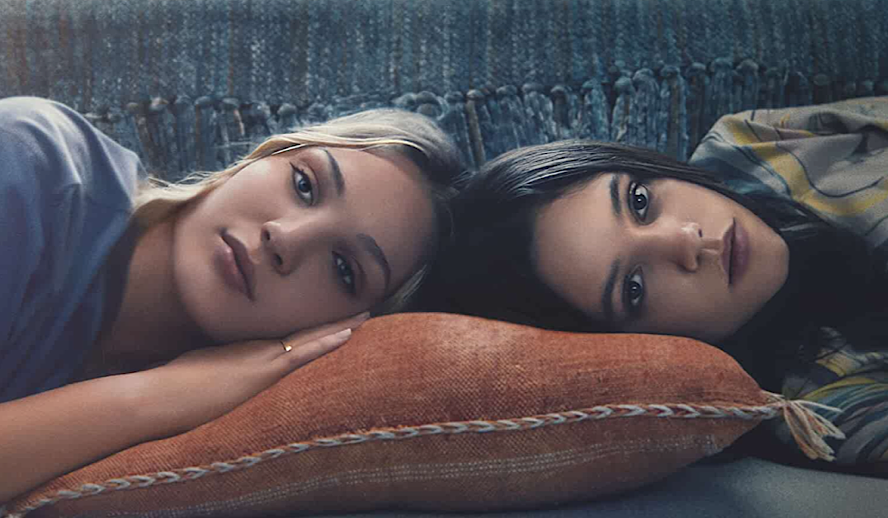 A Feature Film Debut for Writer/Director Megan Park, Exploring the Nuances of a Modern Tragedy

‘The Fallout’ is a gripping and visceral vision of the survivor experience following a modern nightmare. Delicately handling tonal shifts, feature film debut writer and director Megan Park stuns with her insight and ingenuity in portraying the grieving process of a young teenager after they are witness to a school shooting. While film and media can be quick to for forget the survivors and glorify the killers, to somehow both loath and revel in their actions through unconsciously forgetting the pain felt by victims of this terror, ‘The Fallout’ takes explicit pains not to do this. Instead, it places survivors at the center, using well-written teenagers (imagine that!) as a vessel into unadulterated tragedy.

The Intimate Disaster of Domestic Terrorism

In the wake of a school-shooting, unlikely partners-in-grief Vada (Jenna Ortega) and Mia (Maddie Ziegler) are continuously caught in the crossfire of their own trauma. While school shootings feel so familiar, whether it be through witnessing them tangentially as an act of domestic terror, to cathartic dramatizations on screen (‘Elephant’ or ‘The Dirties’), ‘The Fallout’ provides an even more intimate perspective than this issue is usually afforded, telling the story of young people dredging through their own grief following a brutal tragedy. As the funerals proceed for their many peers, and life inevitably goes on, Vada has to traverse the remnants of fear, guilt, and pain that continue to scar her like shards thrown from a nearby explosion.

From the opening scene and soundtrack, this project feels naturally steeped in the culture of Gen Z. Where so many creators try and fail to emulate the behavior of this up-and-coming population – with hamfisted slang and overbearing editing to account for on-screen texting – Megan Park successfully tunes into the hybrid passion and apathy that permeates the life of an American teenager growing up today, visualizing their mundane behaviors with refreshing clarity. In a world where emotional conversations often happen through the lens of a small-screen, Cinema has been in a process of trial-and-error whilst they figure out how to portray this in a tasteful way. Park chooses to focus on the eyes, fingers, and mouths of the characters, finding the emotional weight within their minute expressions, letting the text itself feel like a caption, maintaining that natural immersion. From the fleeting pop culture references to these hard conversations had through iMessage, ‘The Fallout’ navigates a sense of broader reality through zooming in on the meaningful little things.

Much of the raw immersion comes from Ortega’s captivating performance, where – for me, at least – she cements herself as the new It Girl talent in Cinema, coming into a mainstream starring role in ‘You’ Season 2, to recently starring in the latest, blockbusting ‘Scream’ installment. In ‘The Fallout’, her skill is displayed to the fullest extent with room to explore the breadth of her emotional range – terror, sadness, frustration, joy – through the brooding but likable teen protagonist, Vada. The entire ensemble compliments her lead performance. Maddie Ziegler of ‘Dance Moms’ holds her own as a blossoming dramatic performer in her first Cinematic appearance since starring in the controversial Sia-directed film, ‘Music’ (2021); in this film, she successfully imbues Mia with a sort of quiet but honest nature that blends well with Vada’s charming nervousness.

Among the ensemble, Shailene Woodley harnesses a gentle power in her few scenes as a grief therapist, and even down to the briefer scenes with Vada’s family and friends, the characters in this story feel like they actually exist; their realistic personalities create an instant atmosphere of domesticity and tenderness, not merely decorating the story, but acting as walking references to the various threads of pain and fear that emerge in a newly traumatized community. What ‘The Fallout’ lacks in tangible twists and turns, it more than makes up for with committed tone and raw sympathy as a story of love, grief, and recovery, more than anything.

“I’m Having a Really Hard Time Moving On”: The Truth About Trauma

Vada is not an activist, like her close friend Nick (Will Ropp), who becomes a voice for change, she’s just a survivor. Though by now we’re no stranger to young people heading national social justice movements, writing petitions, and leading protests, the vast majority of gun-violence survivors will not turn to activism, but rather, they will turn inward to process their experience. Neither avenue is better than the other, and ‘The Fallout’ shines an honest light on this experience without any of the typical exploitative grandiosity. In fact, while the ‘shooting’ is never shown on screen, it is just as disturbing as if the violence was full-frontal.

Vada, Mia, and their surviving peers are the debris that falls once a tornado passes, the residue of radiation following a nuclear bomb, or the ashes of a burnt building; they aren’t a token for political appeal, or a sensational story, just kids forever changed after bearing witness to a gruesome moment in history. Beyond that, they are earnest representations of teenagers, with warm, fresh visuals that leave room for us to watch these characters live and grow. This film reminded me of the final words of a poem – “Things Haunt” – by Joshua Jennifer Espinoza, and I think that they serve as a fitting conclusion for the overarching themes:

“Things haunt. Things exist long after they are killed.”

Fans of Jenna Ortega can look forward to her upcoming TV series where she plays Wednesday Addams of the Addams Family, ‘Wednesday’, directed by Tim Burton. While there are no slated projects for Megan Park, I really look forward to seeing what more she has to offer following this promising feature film debut.