Female R&B Artist and Female Rappers Are Dominating the Charts 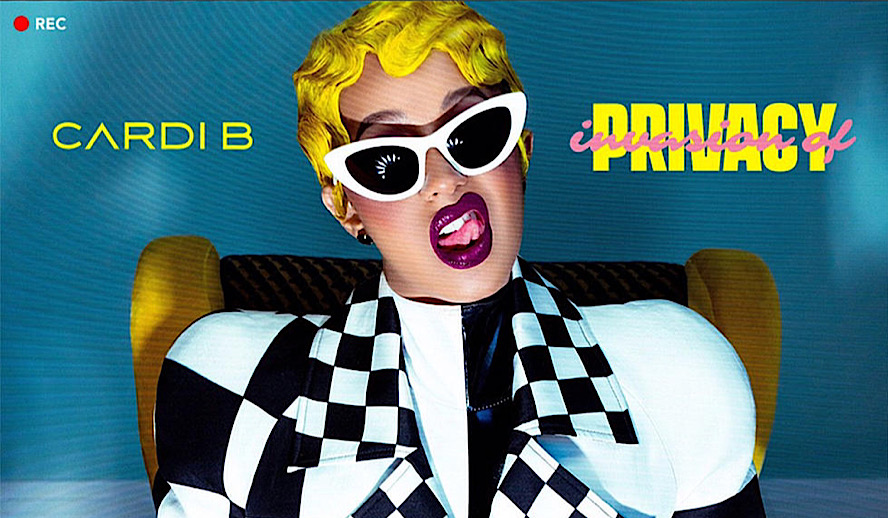 Women, whether they were recognized for it or not, have always played an important part in the creation and development of the various genres of music. While they most often didn’t get the same level of respect as male performers, their contribution is substantial through decades of songs. Fleetwood Mac would not be the legendary 70s band that we remember today without Stevie Nicks or Christine Vie. Alicia Keys or Lauryn Hill’s prowess might not exist without Aretha Franklin, Ella Fitzgerald, or Billie Holiday. Joan Jett changed rock history with her all-girl band. Janet Jackson and Madonna changed performative aspects of the music industry, adding elements of dance, costume, and production that were unheard of.

The list goes on and on of influential female artists who have shaped their music genre, and hip hop/ rap is no different. But with acknowledging their accomplishments, it’s important to recognize that they had to fight to get half the attention their male counterparts got, and often these artists today are still considered a subsection of the hip hop genre rather than fully immersed in it.

The truth of it though, is the women specifically in the rap and hip genre have been slowly but surely taking over the charts. The biggest hits of 2021 have an impressive number of women who combine elements of rap, R&B, and pop to make something that stands in a style that’s distinctly their own.

While Doja Cat has been releasing music for several years, in 2021 she had several incredibly popular songs often going viral on the video app, including several from her 2021 album ‘Planet Her’ as well as her older work. Since her debut EP ‘Purrr!’ her career has skyrocketed, but 2021 has been a specifically groundbreaking year for her. Starting off in January, she was featured in Saweetie’s “Best Friend”, and then the following week featured alongside Megan Thee Stallion in the remix of Ariana Grande’s ‘34+35’, which was #2 on Billboard’s Hot 100. She was nominated for three awards at the 63rd Annual Grammy Awards including Best New Artist and Record of the Year. She was also placed on Time’s “100 Next List” which focuses on 100 emerging figures. ‘Kiss Me More’ was a sensation, featuring SZA. SZA too had a pretty stellar year with another one of her songs, ‘Good Days’, breaking her previous records.

“Kiss Me More” spent 19 weeks consecutive in the top 10 of the Billboard Hot 100, which broke the record for the most weeks in the top 10 by a female collaboration. This was also her third top 10 hit. Then in May, she won the award for top Female R&B Artist at the 2021 Billboard Music Awards followed by Best New Pop Artist at the 2021 iHeartRadio Music Awards. It’s safe to say that Doja Cat is having an exceptional year and has made quite a name for herself as a pop sensation and female rapper. ‘Planet Her’, was the first album to spend its first three weeks at number two on the Billboard 200 since Nicki Minaj’s album ‘The Pinkprint’, who has also been a significant figure in the rap industry since 2008.

The queen of collaborators, Megan Thee Stallion, has had a huge 2021 with hit after hit. Her breakout single ‘Savage’, as well as the remix featuring Beyonce, was her first number one on the Billboard Top 100 and went on to go Quadruple Platinum in the U.S. The record-shattering ‘WAP’ by Cardi B came out in August of 2020 and went on to become one of the most famous songs of the year. She has an undeniable talent and draw to her, and it’s shown in the consistency of her work. In 2021 she had four Grammy nominations, winning three of them, most recognizably as “Best New Artist”. As mentioned previously, Megan was also featured on the Ariana Grande song ‘34+35’ with Doja Cat.

Several of her other songs from this year have gone on to the charts, such as ‘Thot Shit’ which peaked at #27 in June, ‘Cry Baby’ featuring Da Baby which peaked at #66, ‘On Me’ by Lil Baby as #47, and Maroon 5’s ‘Beautiful Mistakes’ at #24. Revolt writes that Megan Thee Stallion is a female rapper that you should be watching in 2021 because, “Throughout the year, Megan used her platform to be a voice for women empowerment movements and bring light to violence against women with powerful performances and an article published in The New York Times… Still riding the wave of her latest album, Meg’s for sure working harder than most.”

Cardi B Making A Lasting Legacy

Cardi B is no stranger to chart-toppers, with smash hits ranging from her first entering the music scene and lasting until today with her feature on Lizzo’s ‘Rumors’, which topped the charts at number one. Her single ‘Up’ also reached number one, making her the only female rapper to top the chart with multiple solo singles, meaning there was no accompanying feature on the track. It also is the first song by a solo female artist and has no accompanying feature to top the Hot 100, Hot R&B/ Hip-Hop Songs and Hot Rap Songs since Lizzo’s ‘Truth Hurts’ in 2019.

Before that, it was her again with her breakout single ‘Bodak Yellow’. This was her fifth chart-topper and was the highest debut for a solo female rap song at number two since Lauryn Hill’s ‘Doo Wop (That Thing)’ in 1998. According to Billboard, she has the record for the most Hot 100 No. 1s among female rappers.

Doja Cat, SZA, Megan Thee Stallion, Nicki Minaj, Beyonce, Cardi B, Lizzo, and Saweetie are just the artists that were mentioned and that first came to mind when I considered who was a chart-topping artist, regardless of their gender. But these aren’t all, the rap industry is filled with smart, creative women who are making music that is distinctive and catchy. City Girls, Flo Milli, Erica Banks, BIA, Princess Nokia, Lakeyah, and so many other artists are deserving of a listen. If you enjoy the craft of R&B or hip hop but aren’t listening to female artists, then you aren’t given the genre the chance it deserves. Maybe it’s because these songs are catchy, or fun, or maybe it’s because these women have more talent than people like to give them credit for, that we aren’t talking about the domination of these women in their industry. Without female artists, music as a whole wouldn’t be the same.