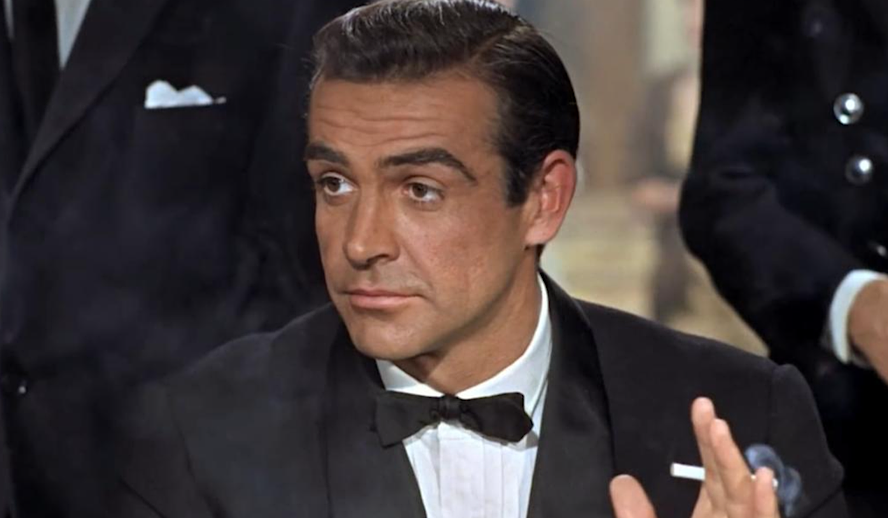 The James Bond films are enjoyable for many reasons, some specific ones are their sex appeal and sense of fun, but in a larger part due to their FIRST leading man, Sean Connery. The one consistent positive attribute to these films is that whenever Connery is on-screen, he is magnetic regardless of the overall quality of the film. He brought a charm, calm, and cheekiness to the role that was effortless, and the one-liners were always best delivered by him. Join me as I remember his work by ranking his outings as Bond from worst to best.

In You Only Live Twice James Bond works with the Japanese Secret Service to prevent a war between Russia and the United States. Many of the Bond films suffer from a repetitive formula, yet You Only Live Twice does so especially. It is my least favorite Connery Bond film because none of it is very memorable – it is very difficult to separate it from other entries. The inclusion of “Asian Face” is, though too ridiculous to be offensive, uncomfortable to watch in hindsight. Still, You Only Live Twice contains my favorite James Bond theme song, which was excellently used in Mad Men. It is also worth noting that it was written by none other than Roald Dahl, which is an odd piece of trivia.

Speaking of great theme songs for otherwise middling films, Diamonds Are Forever is up next. Diamonds Are Forever finds Bond battling classic villain Blofeld in Las Vegas. The diamond-theme allows for some kind of visual distinction, as does the presence of an older Bond, despite the fact that the plot is still everything you’ve come to expect (laser beams, silly car chases, crazy costumes, etc…). Still, it boasts some very well-filmed sequences – the car park chase is seriously impressive and boasts some gorgeous stunts and cinematography.

Like many older James Bond films, some of its’ elements have not aged well, and the campiness is occasionally jarring. Diamonds’ Bond girl is not just eye-candy, the writers specifically emphasize her absolute stupidity, which is a recurring element so inappropriate that it actually becomes funny. Either way you take it, it is a feature that will certainly turn some viewers off. Aside from this, the story is completely disposable. You never really care about what’s going on, but it is nice to see Sean Connery return to his iconic role, as it always is.

In Thunderball, James Bond is sent to the Bahamas to recover nuclear weapons stolen by a S.P.E.C.T.R.E  agent. It lacks the class of the next three entries, but it certainly is a lot of fun. The climactic underwater battle is still extremely impressive. Equally, some of the villainy is actually quite threatening, which is fairly rare in earlier Bond entries. That being said, the aquatic climax does slightly outstay its’ welcome, but Thunderball is a fun ride nevertheless.

Dr. No, the very first Bond film, finds 007 at his classiest. It is in large part an introduction to James Bond himself, which is fitting, seeing as he is the main draw. It is enjoyable to watch Bond cooly parade about without the need for too much bombast. Sean Connery is immediately likable as 007. He is charming, calm as well as dangerous – his first kill stands out as one of the tensest in Bond history. What Dr. No provides in terms of class it perhaps lacks in excitement – it doesn’t possess the action chops the series is now known for. But if you want a pure, distilled serving of 007 Connery, Dr. No is the film for you.

It is hard to decide between the next two choices, however, From Russia With Love comes second. It maintains Dr. No’s grounded aesthetic but is markedly more exciting. It goes further into the world of Bond and finds 007 battling S.P.E.C.T.R.E in the shadows. The now-famous train fight is a demonstration of the film’s surprising intensity. Unlike most Bond films that succeeded it, From Russia With Love feels like a welcome deviation from the franchise’s usual formula. It feels smaller and closer to an actual spy story. It isn’t as memorable as the first pick – which is ultimately why it loses out, but it blends the class of Dr. No with the excitement of the rest whilst still feeling unique.

In retrospect, Goldfinger seems to be the film where everything we love about Bond comes together. The theme tune is the James Bond theme tune to many. The opening fight sets the tone perfectly – it is more impactful and gritty yet still classily polished in exactly the way we remember Connery’s 007 to be. The strangely-titled Pussy Galore is still the most iconic Bond girl. Oddjob is one of the franchise’s most memorable henchmen, second only to Jaws. Goldfinger’s dastardly plan is so bafflingly bonkers that it manages to stand out from the rest of the franchise’s endless supply of madcap wrong-doers.

Goldfinger is seen by some as a masterpiece, however, I wouldn’t go that far. Though it is widely acclaimed it is still dated in a number of crucial ways, like Bond’s near-assault of Pussy Galore. It is also overly silly in the way that the others are (though this is a big part of its’ appeal). Though Goldfinger doesn’t totally transcend the franchise’s absurd roots, why should it. It is certainly the high-point of the most iconic James Bond to date – Sean Connery.