The Importance of Awards: A Reminder That Awards Aren’t God 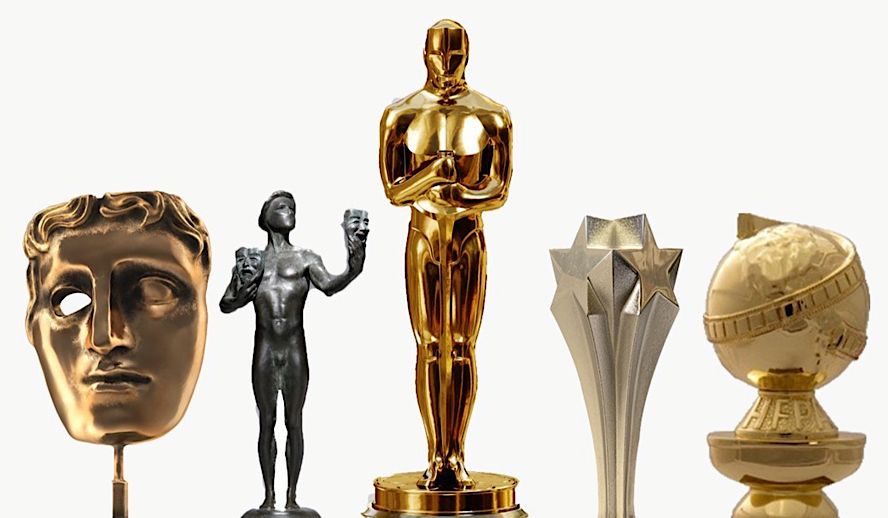 I’ve noticed something over the last five years or so. Something growing, something becoming what it shouldn’t. And I was a part of that growing constituency until this past year.

That’s right. I am talking about awards, nominations, shows, and every little thing in between.

You may know this already but the regular outcry and near outrage at times over award season leads me to think otherwise.

Awards aren’t God. That statement will go down well for some and not for others.

You see here is the thing – when you really boil it down, award shows are run by a group of people who, like us, have their own unique opinions and favorite films and performances.

So allow me to show you why the Oscars, Golden Globes, SAG, Emmys, BAFTA, Grammys, and every other award shows really aren’t important and why we can love a film regardless.

It Takes the Fun Out of Diverse Filmmaking

When award nominations come out, there is always that one film that got snubbed, and pretty much everyone everywhere knows it was a great film. I’m talking about 2019’s Uncut Gems or 2018’s Hereditary both of which were completely shut out come Oscar season. It happens. You can check out various “snub” lists on Time magazine, Independent magazine, and others (there are lots). Does a lack of Oscar gold make these movies less great? No. We know that, too, but yet with certain snubs, we write all these articles, almost forgetting an important aspect of film: it’s wide variety of genre, actors, and directors who bring unique stories to life. That is one of the main goals, if not the main point, of film. It brings us together and we get sucked into all these amazing worlds.

I get that the Oscars hold some weight in terms of a person’s career, yet so many great film auteurs have had careers with no Oscars. Alfred Hitchcock and Peter O’Toole come to mind without hesitation. They are still great. Glenn Close or Harrison Ford. Pretty sure they are doing A-okay. Decades later, no one remembers who won an Oscar, but we do know those aforementioned names because of their impact regardless. And on the occasion that we do remember an Oscar performance (Heath Ledger’s Joker anyone?), it’s because it was genuinely great.

We don’t need Oscars to validate those facts, and when we get upset that Greta Gerwig got snubbed from the Oscars for gender concerns, we put all this weight onto award shows diminishing the greatness of a film like Little Women; it doesn’t need a gold statuette to validate such greatness. If Gerwig is as talented as we think she is, she doesn’t need that award to prove it. We know it, we’ve seen it with our own eyes in the theater. Great filmmakers never rely on awards, and if she needed an Oscar to prove a point, we’re missing it. She will go on to have a legendary career, award, or no award. Because she is good enough.

And if your concern is for more “woke” reasons, don’t worry. If a filmmaker, writer, or actor comes along with a diverse background, identity, and outlook and is genuinely talented, they will make their mark on culture as long as they work for it. Relying on an award to “verify” how much we’ve progressed will get us nowhere. Box office and impact on the millions of viewers is a more accurate take on how we view certain celebrities, not if they got a nomination or won anything. And in that case, a Greta Gerwig or a Kumail Nanjiani don’t need to worry. People like them are just fine.

Fact: awards are run by people and people have agendas and agendas change. All human beings have their own agenda. Whether you think it is a good agenda or not is your opinion. I don’t normally agree with the Oscars. And when I do, I go, “Yay, that was nice.”‌

When the Oscars “got it wrong”, they didn’t actually get it wrong. They just happened to disagree with the general public. And that is okay. If you are so upset, you should make your own award show and give out “the right award” except you’re not right and someone else will come along and critique your award choice for being “wrong” when art is completely and utterly subjective 24/7 and that will never change! So when writing your review or best-of list, know not everyone agrees and that is what makes this fun. If we all thought the same person should win an award or agreed on what movie is the greatest ever, life would be boring and robotic and it would completely remove our own personal world views.

If you stop thinking about the Oscars as some mega-powerful event and think of it as it truly is: humans, like you and me, who get together and vote their personal favorites (just like we all do) and handout pieces of metal to the “winners,” your perspective might change. When I did that, it hit me – I don’t care about the Oscar outcomes anymore. I’ll still write about it and voice my opinion, but when the movie I want to win doesn’t, whatever! Right? I still love that movie and not everyone else has to.

In a world where film has a huge influence on society for better or for worse, awards themselves in comparison to the movie industry are quite small, and ask anyone who won an award recently will be taking a shot in the dark. Only a handful around the tens of millions actually follow and care enough to know, because most people will go see the movie because that is what it’s about, not what person will be accepting the golden statuette come February the next year. We are all unique people with diverse backgrounds and that is the beauty of film. It is subjective to opinion and impacts large amounts of lives within just a two-hour frame. Let’s not minimize that to some hollow award show that in decades won’t even be remembered. The films, and those who went out of their way to make those films, they are the ones who will be remembered. Let’s enjoy that.