The Rise and Journey of Emily Osment: From Disney Princess to Sitcom Queen 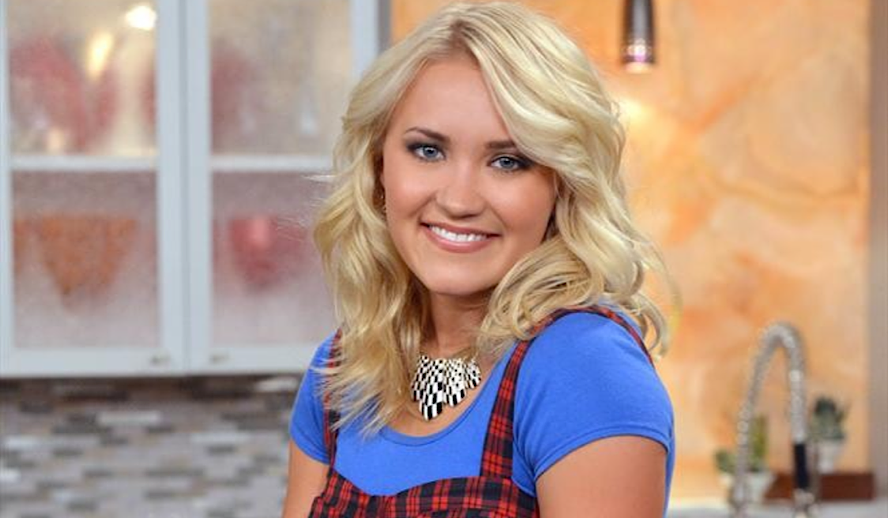 Where Emily Osment Got Her Start

For most young adults, the name Emily Osment probably strikes a chord with most of us, myself included. I grew up watching her on my television screen and aspiring to dress and be just like her. The Los Angeles native actress, singer, and songwriter’s career has immensely surpassed her extended stint on the Disney Channel. While her time as a Disney kid may have skyrocketed the young actress to stardom, her success was still to come as she continues to dominate the entertainment industry.

Osment was born in 1992 and got bit by the acting bug at a very early age when she booked her first commercial at just five years old. From there on she went to appear in many other television advertisements, kids series, and feature films. In 1999 she co-starred alongside Glenn Close in the film, ’Sarah, Plain and Tall: Winter’s End’. Osment likely followed in her family’s footsteps as her father Michael Eugene Osment was an actor and her older brother Hayley Joel Osment was in fact the first millennial male to have received an Oscar nomination for his famous role in ‘The Sixth Sense’. In her adolescent years, the young actress continued to work on a number of projects including a role in the widely successful ‘Spy Kids’ franchise.

It was however in 2005 that Osment got her big break on the hit Disney Channel show ‘Hannah Montana’ alongside Miley Cyrus. The series ran from 2005-2009 and became one of Disney Channel’s most successful franchises. In fact, the finale episode alone brought in a total of 6.2 million viewers and posed as the channel’s highest ratings ever for the time in regards to the hour of total viewers. Like many young starlets, Emily also dabbled in a music career post-Disney Channel where she released an E.P. in 2009 followed by her first full-length album which was released two years later. Both ranked on Billboard’s Top 200 and received large success in the UK, Canada, and Japan.

Debuting in Her First Leading Role on Television

Five years after ‘Hannah Montana’ wrapped, and in between several other stints on popular television shows (‘Family Guy’, ‘Two and a Half Men’, ‘Cleaners’, ‘Life with Boys’ …just to name a few) she landed the lead role of Gabi Diamond, a food-blogger turned personal chef on the ABC Family sitcom (now known as Freeform) ’Young & Hungry’ produced by another famous Disney-alum, Ashley Tisdale (‘High School Musical’, ‘The Suite Life of Zack and Cody’, ‘Phineas and Ferb’). ‘Young & Hungry’ ran for five seasons before concluding in 2018. Even while starring in her own show, Osment didn’t turn down some impressive recurring roles despite her incredibly busy schedule.

The actress simultaneously took on the heavy role of Jodi, a recovering teen addict on the CBS sitcom ‘Mom’ starring Anna Faris and Allison Janney. Faris and Janney’s character’s took Jodi under their wing in attempts to get her clean. This role went on to touch many hearts with a shocking episode that premiered in early 2016 which resulted in the death of Jodi’s character. Fans took to social media to express their gratitude to the show and Osment’s portrayal of the role and bringing an authentic light to drug addiction and persuading viewers with addiction issues to seek help.

Around the same time ‘Young and Hungry’ wrapped their final season, the hardworking actress was cast in ‘The Kominsky Method’ where she portrayed Theresa, a young acting student for a 16-episode arc. What’s even more exciting about her involvement with this series is that her older brother Haley Joel Osment was also attached and was featured in the second and final season, allowing the pair of siblings to work on the same show together. The third and final season of ‘The Kominsky Method’ aired in May of 2021 on Netflix.

It was announced in early March of 2021 that Osment would star alongside Gregg Sulkin (‘Faking It’, ‘Pretty Little Liars’, ‘Wizards of Waverly Place’) in an untitled multi-cam comedy series created, produced, and written by Jack Dolgen and Doug Mand with Kourtney Kong and Pamela Fryman who were also set as producers. According to the Deadline release article, “The project centers on a snooty, self-proclaimed intellectual (Osment) forced to move in with her carefree sister and her sister’s lovably eccentric friends, one of them played by Sulkin.

Osment’s Chelsea is an Ivy league educated intellectual who is book-smart and quick-witted but lacks the real-world skills she needs to have a functional life. She finds herself living in LA without any options other than her bubbly sister, Claire, and Claire’s roommates. Sulkin’s Grant is romantic, genuinely sweet, and an often shirtless personal trainer. He has a childlike curiosity about the world and is the kind of guy women love and men… also love! He used to date Claire, but now they’re “just friends.””

Osment also has an animated Netflix pilot currently in the post-production stages titled ‘Deadendia’ based on the graphic novel series of the same name written by Hamish Steele. TheWrap reports that the series follows, “the adventures of Barney, Norma and magical-talking-dog Pugsley, as they balance their summer jobs at the local theme park haunted house while battling the totally real supernatural forces that dwell within it.

Together with their guide to the underworld multi-plane, a sardonic thousand-year-old demon named Courtney, they’ll face zombie mascots, demonic game show hosts, sleep-sucking witches and the scariest thing of all: their first crushes!” Osment will voice the thousand-year-old red demon, Courtney and pridefully took to her Instagram to share the news while also adding that this is set to be Netflix’s first Animated Series with a Trans Gay Lead and an Autistic Bi Co-Lead which is an enormous step for representation amongst LGBTQ/neurodiverse.

If anyone’s got their hands full, it would easily have to be Emily Osment. Before the age of thirty, this young actress has reached major success in a long list of wildly popular projects. As a fan myself, I am incredibly excited to watch her latest projects come to fruition and see the direction she takes as she continuously moves her career forward.