‘A Life on Our Planet’: By David Attenborough – A Reprise on Regenerating Earth’s Biodiversity 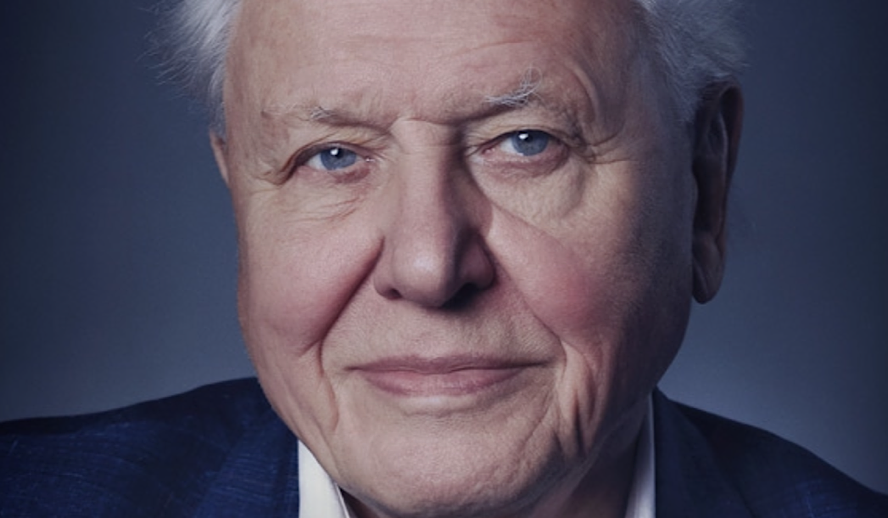 Photo: ‘A Life on Our Planet’/Netflix

English adventurer, animal expert, and renowned naturalist David Attenborough charts the depreciating biodiversity of the Earth, outlining the ecological impacts of our species over time. Famous for his work as a natural historian and broadcaster for the Life collection documentaries, where he intricately examines plant and animal life on earth, he has become a cultural land post for environmental education and entertainment.

Not only has he navigated and narrated with his scientific knowledge all over the globe, but he has a unique quirk for animating and personifying the natural world that is colorfully humorous. (This is one of the eccentric snippets of his charm that make his work so culturally significant and widely referential.) Stealing the most incredible camera shots of exotic creatures, he and his team capture some of the most bizarrely captivating behavioral adaptations of animal life ever seen on film. It’s still a marvelous mystery to me how he manages to get such specified footage inside tree trunks, anthills, and dense corners of the wilderness.

‘A Life on Our Planet’

It’s a true joy to behold, acquainted with his notably distinct inflections and English cadence. You almost get the feeling that this vivacious old man of 93 is shrinking himself, squirming through the soils and trees like an earthworm with a headlamp–serving secondly as a 4K recording device. Such an in-depth and expansive knowledge of biology and animal psychology is remarkable to witness.

With a lifelong passion for venturesome study, the film features clips of a younger Attenborough, traversing through peaks and alleys, befriending animals, and gathering data over the course of 60 years. Graphing the diminishment of plant growth and varied wildlife from his early journey to the present time, Attenborough maps out the dangerous depletion of our ecosystem, showcasing a drop of over 20% from his earlier years to the present day. In such a short span of time, we have significantly sliced the multifarious concentration of life on Earth.

To visually demonstrate the disastrous ecological entropy, the film features sensationally beautiful footage of thriving oceanic landscapes equipped and buzzing with vivid colored coral and sea creatures. The degeneration is emphasized by the drastic visual account of deserted reefs, seeped of their pigment, and strangled by seaweed. Like a domino effect, each flourishing community of nature serves its purpose ranging from the filtering of harmful pollutants in the air to the correspondence and nurturing of helpful bacteria.

Without the diverse marine life, the harmony of our environment is tilted, drastically disturbing the ecological balance needed to sustain life on this planet. Flashing from large areas of robust flora to regimental rows of palm oil trees, he visually illustrates how farms are eating our forests, waxing off a valuable variety of vegetation and further funding unstable conditions for the ecosystem. David warns that we are facing the greatest danger foreseeable: the extinction of our species.

David recognizes the urgency in undoing the adulteration of the environment, imploring all global inhabitants to pivot from proliferating the pollution by converting to renewable resources. Through the elimination of fossil fuels and other exhaustible energy sources that pose serious threats to the environment. Attenborough states that if we truly want to survive for further generations on this Earth, it is pertinent to restructure our utilization of resources to power our planet.

For example, making our alternative methods (such as wind and sunlight) our primary methods of energy conduction.  He confidently claims the results of these environmental impressions will procure novel impacts and actually save our species. Renewable energy is functionally limitless, drawing from the natural gifts our planet possesses. It’s a no brainer, but corporate interests and global ignorance pose as primary culprits in the degeneration of our natural home.

The denial of harvesting replenishing methods of power is like arguing that quitting smoking won’t help the smoker’s lungs. David urges the people of this world to reconsider the industrialized methods that fuel both mass production, and mass extinction. Is it really worth it to turn a blind eye when the numbers are escalating at such an alarmingly rapid rate?

Diet and Agriculture: A Plea to Restore Ecological Balance

“We must change our diet. The planet can’t support billions of meat-eaters. If we had a mostly plant-based diet we could increase the yield of the land”

Modern agriculture poses one of the largest threats to humanity. It’s quite ironic, the mass slaughtering of animals and elimination of land for our supposed “survival”, is actually the prime contender for the elimination of our human species. Although going entirely vegan is scientifically recommended as the best response to our agricultural harm, simply leading a primarily plant-based diet is recommended as one of the single most powerful ways to contribute in restoring the environment.

Eradicating meat and dairy products from your diet can reduce your carbon footprint from food up to 73 percent, according to research at the University of Oxford. It is the number one source of water pollution, deforestation, and the largest source of greenhouse gases and land use. It is described that nearly half of the water used in the United States goes to raising animals for food, essentially one would save more water by not eating one pound of meat than you would by not taking a shower for six months. Additionally, thirty percent of the Earth’s landmass is used for raising animals specifically for human consumption, that’s near the size of Asia.

To combat this severely underrated ecological terrorism, Attenborough urges humanity to start making changes to their diet immediately. The ocean food chain is at risk, and by reducing the world’s demands for fish we can reverse the decline of various species that rely on certain fish for a sustained evolutionary wonderland under the sea.  The documentary introduces plates of delicious plant-based foods, indicating its profound sustainable impact on both your body and the planet.

Determining the damage done is devastating but not irreversible, David reminds us, as he illuminates his observations with a deep hopefulness. After numerous shots of natural elements contrarily composed on camera from past to present, it is both startling and distressing. David describes his position in life as one of fortune, but notes he would feel guilty not using his advantages to spread the message and inform the globe of the impending decline of our home and species.

The remarkable natural landscapes from luscious sea to stripped-white coral, to grassy plains to cracked dry desert beds, and magically green rainforests to land stripped of its flares and bent into uniform rows, dead of the formerly thriving wildlife, strike us with a painful realization. There is still hope, but if we don’t pivot now, the already underway deterioration of our planet’s ecosystem will result in the destruction of humanity.