The Rise and Journey of Busy Philipps: Actress, Host, And Advocate 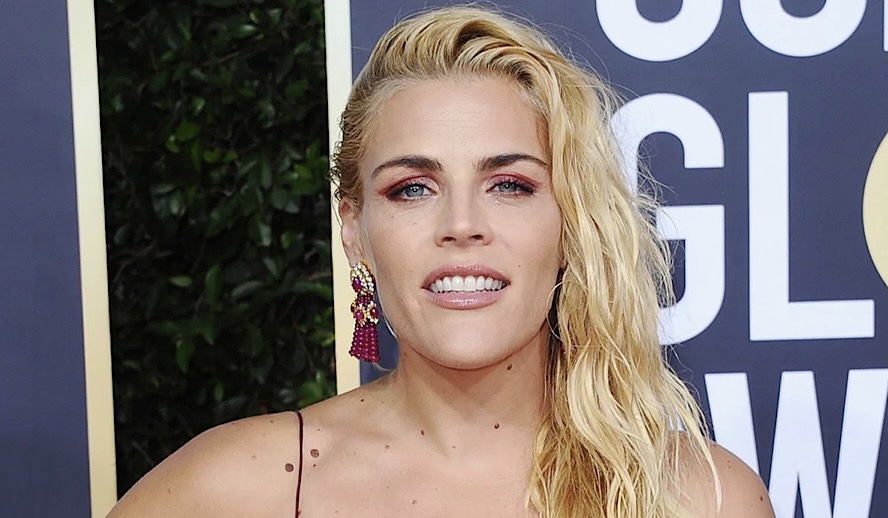 On camera it seems like Busy Philipps is usually someone who is relegated to being the sidekick, best friend, or supporting role; she has practically made a whole career of it. However, she is more than just those roles that people may be most familiar with her for. In addition to acting, Philipps has hosted a late-night talk show and her own podcast and is a prominent women’s rights and an advocate for LGBTQ children.

Busy Philipps’s very first acting role was on the short-lived cult classic teen drama ‘Freaks and Geeks’, where she played Kim Kelly, a member of the “freaks” group, where she became a breakout star. While the show made her a big name, her experience was not always so pleasant on set, saying in her book ‘This Will Only Hurt a Little’ that her co-star James Franco physically assaulted her on set and never faced any consequences for it. Despite that, she did say in 2020 to PopCulture that she would be interested in a revival of the show, saying, “I love ‘Freaks and Geeks’. I was just trying to think… because you have to do the math because it’s been what, 20 years?… Yea, I mean, the other thing is everybody’s schedules are so busy… [I want to] watch Linda Cardellini on ‘Dead to Me’, but then also everybody can do a million things — I’m down!”

Philipps’s second big role came just a year after the cancellation of ‘Freaks and Geeks’ in the form of another hit teen show: Audrey Liddell on ‘Dawson’s Creek’. Not only did this show propel her name further into the spotlight but Philipps has talked extensively about how the show was responsible for introducing her to her best friend and frequent red-carpet companion, Oscar and Tony nominee and Emmy winner Michelle Williams. When asked about her friendship with Williams in a red carpet interview with People, Philipps said, “I’m here with my best friend… She’s proof that the love of your life does not have to be a man! That’s the love of my life right there.”

The longest Philipps has ever spent on a show was her time on the ABC-turned-TBS show ‘Cougar Town’ where she appeared in all 102 episodes of the show as Laurie Keller, the assistant-turned-business owner to Courteney Cox’s Jules. When talking about why she chose to take the role of Laurie in ‘Cougar Town’, Philipps told Backstage, “I only wanted a comedy. Dramas tend to have longer shooting hours and where I was in my personal headspace from being a new mom, I didn’t want to go to work and cry or talk about rape. I wanted a half-hour, single-camera comedy with a great lead where I could be No. 2 or 3 on the call sheet and it was going to get on the air. Those were my criteria and they sent me ‘Cougar Town.’ I read it and loved it.”

Busy Philipps’s current role is in Peacock’s new show ‘Girls5eva’, a show about a 1990s girl group trying to recapture their fame and success from back in the day after a rapper samples their hit song. She plays Summer, a ‘Real Housewives’ wannabe dealing with her influencer daughter and former-boy bander husband who is almost never around. When talking about the importance of this satirical role and show with Goldderby, she said, “The idea of not having your own agency as a young woman starting in entertainment, was something I fundamentally was able to understand and tap into.

There’s the idea of allowing yourself to accept a label early on and having the rest of your trajectory dictated by it. Here’s a character, whose name isn’t even Summer. They tell her, ‘you’re Summer, you’re the hot one, you’re not the most talented.’ But who’s to say that? This is just a decision that a sleazy dude made in a strip mall. But they have all taken on these labels as the truth. When they come back together, they are able to see that they are not accurate.”

In 2018, Busy Philipps had a late-night talk show greenlit by E! called ‘Busy Tonight’. At that point in time, Philipps was one of the only female talk show hosts on television at that point in time, with Samantha Bee being the only other female. The show focused on more lighthearted topics and fares such as the latest goings-on in pop culture and other trending topics paired with celebrity interviews conducted like two best friends catching up after not seeing each other for a long time.

In May of 2019 it was announced that E! Would not be renewing ‘Busy Tonight’ for a second season and, after shopping it around to other networks, it was unable to find a new home and would not be moving forward, information which came as a shock to Philipps. In an interview with The Hollywood Reporter on the subject, she said, “I really believed and still believe in my show, in ‘Busy Tonight’. And I know that we were incredibly creative and culturally successful, even though we were canceled. Many canceled shows are those things… I wish I would’ve known that I only had basically six weeks to get the ratings to where they had wanted them. I didn’t know. I wished I had had more information from the network in terms of what they needed and were looking for in terms of milestones and ratings and things.”

Now she has moved from talk show host to podcast host, having started the podcast ‘Busy Philipps Is Doing Her Best’ in August of 2020. Each week she and two of her former ‘Busy Tonight’ writers, Caissie St. Onge and Shantira Jackson, discuss different things going on in their lives and interview a person of prominence, from celebrities to politicians and everything in between. This has also become a platform for Philipps to discuss different issues she wants to educate and help people understand, namely raising LGBTQ children and helping parents understand how to help their children.

In addition to acting, Busy Philipps is best known for being an advocate for women’s rights. She is a major advocate for the right to have an abortion, having started the Twitter hashtag #YouKnowMe in response to Alabama’s attempt to pass an extremely restrictive bill that would all but ban abortions. On her talk show, she revealed that she had an abortion at the age of 15 which is part of why she feels so strongly about women having the ability to have access to them.

These two actions lead to her even testifying in front of Congress in 2019 where she defended the woman’s right to have access to abortion clinics by saying, “I am so sad that we have to sit here in front of a row of politicians and give deeply personal statements. Because the ‘why’ doesn’t matter. It should not matter. I am a human being that deserves autonomy in this country that calls itself free, and choices that a human being makes about their own bodies should not be legislated by strangers who can’t possibly know or understand each individual’s circumstances or beliefs.”

She has also used her podcast as a way to advocate for LGBTQ youth and help parents of those children figure out how to best be an ally to their children after her daughter, Birdie, came out as gay and nonbinary. When talking about helping other people understand how to best be there for their LGBTQ children in a cover story for Health, Philipps said, “My mom is older and wants to understand the pronoun conversation more. There are some really good books out there—like ‘What’s Your Pronoun? Beyond He & She’ by Dennis Baron. I said to my mother, ‘Here’s the deal: You don’t have to understand it.’ That’s how I feel about all human rights—you don’t have to understand it. You can choose to believe what you want, but you don’t get to have jurisdiction over anyone else’s body or belief system.”

Here’s to many more years of Busy using her platform to help others and entertaining audiences!