Adele’s One Night Only: The CBS Special Had Lizzo And Melissa McCarthy in Tears 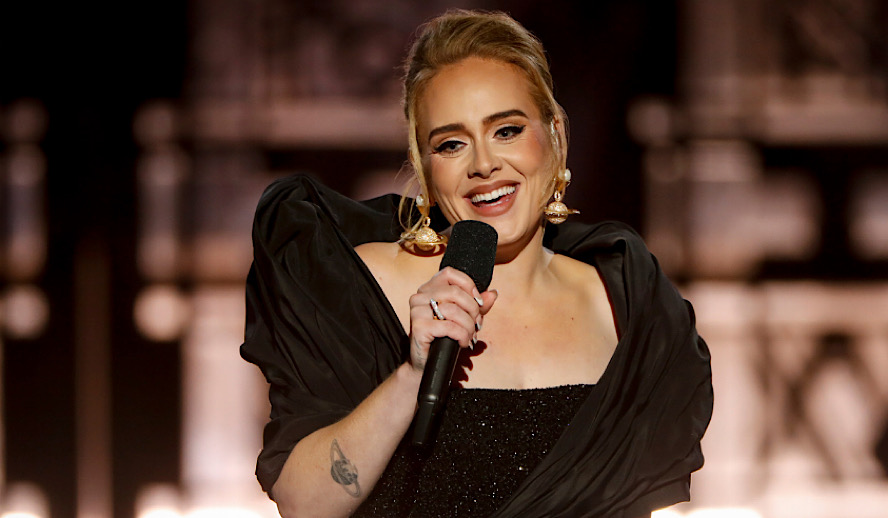 Photo: “One Night Only”

It was November 2015 when Adele released her last album, “25.” Songs like “Hello,” and “Someone Like You” were the top songs on radio stations around the world. Even those who were not Adele fans by choice would not save themselves from the phenomenon that is the UK singer. They probably end up singing “Hello” dramatically, looking out the window from their car, hoping it would rain to make the moment even more appropriate.

Adele has been on a music release hiatus for six years. I believe, at one point, I heard the media share that the singer was retiring. When this news sprouted about, the world went obviously insane, but just like everything in this fast-paced, internet-subdued world, the people forgot about it and kept living their life’s through an Adele-less world. Little did we all know that the songstress was boiling up some tunes!

During the time between her last album “25” and her newly released album, “30,” Adele’s life changed significantly. She married her long-time boyfriend and father of her nine-year-old child. But two years after the event, Adele filed for divorce. The heartbroken situation made Adele embark on a three-year creative expedition. One that, as a result, gave the public twelve beautiful, deep, tear-inciting melodies with heart-wrenching lyrics that even a fifteen-year-old will find relatable.

One Night Only in The Hollywood Hills

As part of the promotion of her release, CBS created a special just for the “Easy On Me” singer. The TV special “Adele One Night Only” consisted of Adele giving a moving concert from the Griffith Observatory while the sun was setting down the Hollywood Hills. An interview with Oprah Winfrey was the opening act before the anticipated show.

Adele and Oprah seemed to have spoken about their outfits beforehand for the interview, as both women were using similar neutral tones. Oprah and Adele sat outside on a rose-filled patio with off-white furniture. The entertainers looked elegant, and their outfits matched with the cream colors of the roses behind them. The conversation between the two women began as an intelligent interaction that evolved into more profound thoughts. Adele spoke about how the singer worked through a phase of depression, divorce, and disappointment.

Oprah helped the Grammy winner get to those more vulnerable moments during the conversation as the great host she is. Adele’s exploration of her inner child, and her long journey into finding the paths to connect to a healthier version of herself, is reflected in the lyrics she delivered to the public. Adele discussed therapy with Oprah, and the task of healing your inner child was brought up. Oprah asked the singer, “When you sat with that seven-year-old Adele, what did you find?” To which Adele replied, a bit teary-eyed, “A really sad little girl. She was sad but willing.” When the singer spoke about one of her singles, “Hold On,” she expanded on her state of mind when creating the new album and her belief that the song could help save many lives. “Hold On” shares the process of being able to keep going even when times are difficult.

A Little Surprise From Adele

After the vulnerable conversation and the resilience that is part of Adele as a woman, the singer continued to deliver a stunning performance for a star-studded audience outside the Griffith Observatory. She wore a black mermaid gown, hair up, and her typical thick winged eyeliner. Matching the dress, besides the singer laid a beautiful grand piano, her orchestra and backup singers decorated the back of the stage wearing all-white outfits.

The concert was, as expected, romantic, and the audience had chills throughout with Adele’s mezzo-soprano voice singing to them. But one surprise that was unexpected and left us all bawling like children was a surprise proposal between superfans Ashleigh Mann and Quentin Brunson.

Before the couple walked between the crowd, Adele stepped forward on the stage and asked her celebrity audience to be completely quiet, or she “will kill them.” Then, the stage went completely dark. The new bride-to-be was entirely blindsided and had no idea where she was. When Quentin Brunson got down on one knee, teary-eyed, asking for his girlfriend’s hand in marriage, the crowd echoed a nice “aww.” The funny lady kept comments coming, making the audience laugh with their tears. When Ashleigh Mann accepted the proposal, Adele stepped forward and began singing to them.

Imagine, Even Lizzo Was Crying!

Not only did the couple have Lizzo and Melissa McCarthy emotional throughout, but the whole internet went buzzing. I mean, if we ever thought about a perfect proposal, I believe this man surpassed all of our imaginary scenarios. I feel sorry for the next row of men who are about to propose. Because I really don’t think anyone can match up to that! It’s good to know that sometimes it is actually lovely to love men.

Adele’s One Night Only – We Will Never Be Able To Live Inside An Adele-less World Ever Again!

There were so many other beautiful moments that accompanied the sunset that afternoon. Adele’s personality is enough to love her already. Besides, the courage that it takes for a woman to expose herself for the sake of art and help others feel less alone. As I believe, Adele is one of the few genuine musicians left out there. As the strong woman she is, she knows that about herself. In an interview with Zane Lowe for Apple TV, the songstress shared, “there’s no sincerity in music anymore. It feels like many artists see music as just a transaction, and it’s not my vibe.” Adele’s new album “30” is now available on all platforms. You might need a pack of tissues (okay, maybe three boxes) for that experience. The album already surpassed Billie Eilish for “most number one” of the year. Plus, the CBS special is now streaming on Paramount+ if you want to take some time to watch a true love story happening in front of your eyes.