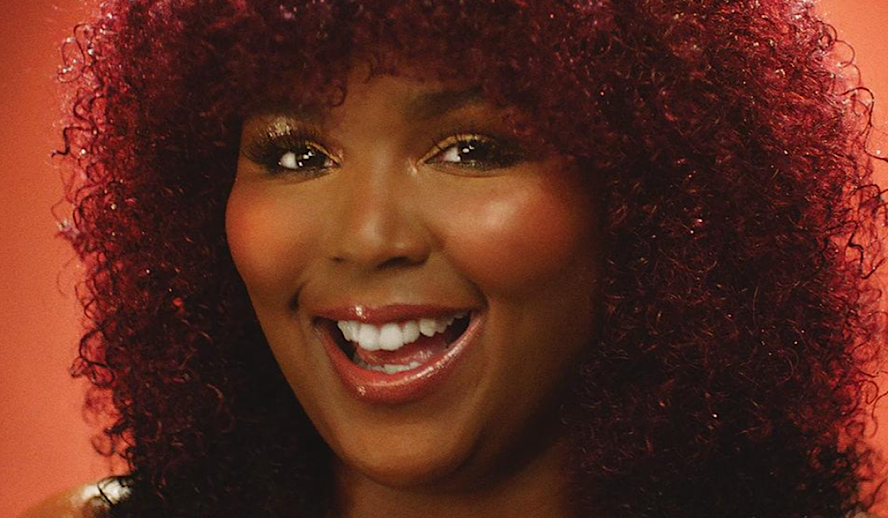 Since Lizzo became a household name in 2019, and even before she was well known, her songs are about body positivity, confidence, self love, and uplifting others. Her new song featuring Cardi B is no different. Lizzo, her real name Melissa Viviane Jefferson, started her music career in Minneapolis during 2011. By 2016, she was performing at concerts like Soundset and playing on the radio, although wasn’t quite yet “making it”. But, after her song “Truth Hurts” was featured in the Netflix film ‘Someone Great’, with Gina Rodriguez and LaKeith Stanfield, Lizzo’s fame skyrocketed. Her song is played in the trailer as well. In the scene Rodriguez’s character is going through a tough breakup, drinking tequila out of a straw as she jams out in her underwear.

Her best friend walks into her apartment and, as best friends should, instead of judging her, joins her in singing, “You coulda had a bad bitch, noncommittal!” It’s a painfully relatable scene and, even though the song was released two years earlier, it exploded. It reached number one on the Billboard Hot 100 and not long after went viral as a sound on TikTok. The film writer and director Jennifer Kaytin Robinson said in an interview, “There is no better song in my opinion when you just want to put your middle fingers out to the world — especially to men — and just dance in the kitchen without pants on.” After that, she put out her album ‘Cuz I Love You’ and has won three Grammys. On August 12 of this summer, her new song “Rumors” featuring a pregnant Cardi B was released. And while the song debuted as number one on Billboard Hip Hop chart, some still found negative things to say. Even further, those negative things though were not pertaining to the music, but rather to Lizzo’s appearance. ​​Instead liking it or turning it off, they left racist and fatphobic comments.

A few days after the music video was released, Lizzo went on Instagram live and tearfully shared how harmful hateful comments are and that there is a person on the other side of the screen. In the video, she said, “Everyone is invited to a Lizzo show, to a Lizzo song. To this good energy. Everyone is invited… For the people that just are always going to have something negative to say about me, that has nothing to do with music, or the content of my character, or me as an artist, and just has everything to do with my body or whatever trope you think I fall into, suck my p**** from behind. Cause y’all motherf****** gonna be the main ones catching up.”

Lizzo also stated that she makes music for herself, and hopes to make music that helps people and uplifts them. According to CNBC, she has been open with her fans about her depression and learning to be vulnerable and communicative about her feelings. That’s the amazing part of social media and the internet, there is a duality in the fact that fans and haters can equally reach celebrities. Lizzo did something honestly quite brave by taking hold of the opportunity that social media gives us and clap right back at the nasty comments. She said, “When we don’t fit into the box that you want to put us in, you just unleash hatred onto us. It’s not cool. I’m doing this shit for the big Black women in the future who just want to live their lives without being scrutinized or put into boxes.”

Lizzo As A Source Of Positivity

It’s a lot of pressure to put on someone to be happy all the time. That’s a lot of work, and it’s hard uplifting people. So when people have a natural aura about them that brings others up, they really are a magnetic person. Lizzo music does this. CNBC said, “Her genre-defying sound is as infectious as it is joyous, often featuring messages of self-love, empowerment, inclusivity, and body positivity.” Her music lifts you up, like Jenny in ‘Someone Great’ who just wants to scream and drink tequila. There is power in her talking directly to her fans (and since it’s the internet probably some non-fans as well) and saying that she’s unhappy and exhausted and hurt by those comments.

It takes courage to be vulnerable, it takes, even more, to do so in front of complete strangers. In the video, the upbeat, confident, diva that she usually is, is a teary-eyed woman, sitting in her bathroom with her makeup done and trying not to mess it up. She said, “Sometimes I feel like the world just doesn’t love me back. It’s like it doesn’t matter how much positive energy you put into the world, you’re still gonna have people who have something mean to say about you.” You can feel her pain, and understand that the hate she is getting for her appearance is unwarranted. If a fan who was struggling saw this moment, maybe it could change their perspective and help them not feel so alone; if a successful, talented, beautiful popstar can feel bad about themselves and feel worn out and underappreciated, then maybe it’s more common than one might think.

Here’s the bottom line though, those comments are harmful but they are part of a bigger trend in society. Firstly, that it is okay to comment on other people’s appearances- what you like or don’t like- and what they should do to fix this. Two, the internet can make people forget that famous people are still human, and that the person behind the screen still exists. And thirdly, why does what she looks like affect her job at all? Her role as a performer and an artist is in the music, and ‘Rumors’ and a fun and upbeat pop and rap song. She did her job perfectly! Lizzo, and everyone else for that matter, their worth doesn’t come from what they look like. Even “positive” comments on someone’s external appearance are potentially harmful. It enforces disordered eating, body dysmorphia, and lacks integrity. And besides that, there’s much more interesting things you could be talking about.

Lizzo encourages body positivity in her music, which is wonderful, but what needs to be talked about even more is body neutrality. We all have bodies, and they all look different, and health looks different for everyone. So why are we still so upset when we see bodies that look different than ours being represented? Is it possible that it is a projection of how you feel about yourself? Lizzo is an empowering Black female artist who is making it in a tough industry, and that’s what should be being talked about, so go blast some Lizzo and feel your best self today.