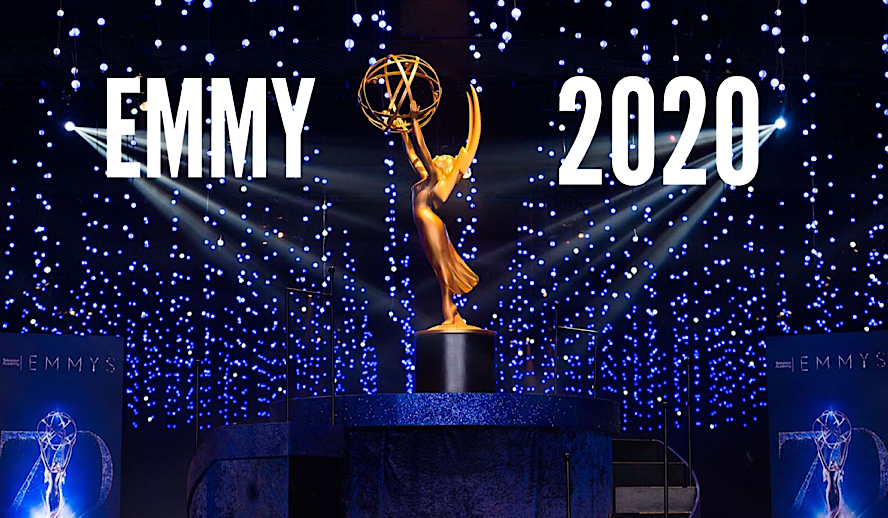 Emmy Voting for 2020 is more competitive than ever before. Every year, the Emmys roll around and every year the internet gets more and more hilarious about who they want to see win. The hashtags #ForYourConsideration and #Emmys2020 circulated social media for the past week, most prominently Twitter. This year’s ballot is a huge one, with 767 different programs in line for the prestigious award. Despite the unprecedented time of COVID-19, this year there are more projects in the running than ever. This comes as no surprise as newer streaming platforms like Disney+ and Apple TV Plus have released some extremely popular projects. There are over 100 contenders in many of the categories, but in the end only 8 will be on that final ballot. The Emmys are set to take place virtually on September 20th, with Jimmy Kimmel returning to host.

Defending Jacob has been one of the most prominent contenders circulating Twitter. Fans are persistent with their love for the Apple TV Plus crime series (see the above tweets). The popular show entered the streaming platform in late April, and since then has gained a cult-like following. The series is an adaptation of William Landay’s 2007 novel, and Chris Evans and Michelle Dockery absolutely shine. And of course, Jaeden Martell (Jacob himself) is without a doubt a young star on the rise throughout the last few years. Judging by Twitter’s reaction, it wouldn’t be too much of a surprise if the show lands a spot on the official ballot.

Related article: VIDEO – A Tribute To The Academy Awards: All Best Actor/Actress Speeches From The Beginning Of Oscars 1929-2019 | From Rami Malek, Leonardo DiCaprio To Marlon Brando & Beyond | From Olivia Colman, Meryl Streep To Bette Davis & Beyond

Another series favorited on social media within the voting window has been HBO’s Euphoria. Starring the likes of Zendaya, Hunter Schafer, and Angus Cloud, Euphoria offers a closer look into the life of Rue, a recovering drug addict just trying to make her way through high school. When Jules shows up she turns Rue’s life upside down sending them both into a tailspin of bad behavior all while they form an intense emotional connection. The entire show is filled with amazing young actors, and the makeup on the show alone deserves its own award.

Related article: Spider-Man’s Zendaya In Her First Adult Role In HBO’s Brilliant Series Euphoria – It Is Also One Of Leonardo DiCaprio’s Favorite Shows

The girls of Euphoria were in fact the inspiration for SO many Halloween costumes in 2019, and it doesn’t take a rocket scientist to figure out why. The ladies’ looks had the wow factor, and I think it should be a regular thing for all of us to start wearing rhinestones on our faces, please.

A name that continues to pop up and did so all year, was Merritt Weaver. Specifically, Weaver had standout roles in both Run and Netflix’s Unbelievable. I have personally loved Weaver ever since she appeared in a favorite of mine, New Girl. It seems that no matter where she lands in a production, she continues to steal scenes (and hearts.) Weaver starred as Detective Karen Duvall in Unbelievable and gave an unforgettable performance. It is extremely hard to believe that this was her debut leading role in a series, however she acted alongside legend Toni Collete with both ease and brilliance. She wasn’t even aware of the original case behind the series, instead she read through the first three scripts sent to her, and then read the original articles on the case and she knew she had something special in her hands. Weaver told EW of the scripts, “It felt like it ignited something in me.”

I just want to read the headline “Merritt Wever takes home third Emmy” later this year. I don’t care if it’s for RUN or for #Unbelievable on Netflix, though both would be nice. ?#RUNHBO #fyc #Emmys2020 pic.twitter.com/znzy6Qmrds

As stated before, Jimmy Kimmel is set to host the 72nd Annual Emmy Awards and the exact details about how the award show will play out is sort of up in the air. Kimmel has been virtually hosting his own late-night talk show for the past several months, and although it has been quite different, it has been a success nonetheless. While California is still not ready for large gatherings like award shows, for example, the business execs in LA are trying their hardest to make 2020 as ‘normal’ as possible. What even is normal nowadays? Hard to say exactly what a production with (we presume) no live audience to accept their awards will be like, but ABC is not one to shy away from a challenge.

Related article: Why Did ‘The Bachelor’ Take 18 Years to Cast its First Black lead?

ABC has been running many live virtual specials during the lockdown of our world, including The Bachelor GOAT and the Disney Family Singalong. Final nominations for the Emmys will be announced on July 28th, with the event to take place in late September. I guess it is possible that things could turn around by then, but sadly the chances are highly unlikely. While we wait for more details you can catch us on Twitter following up on who everyone is rooting for. There are way too many amazing people and series for us to compute! Can’t wait to see who wins.