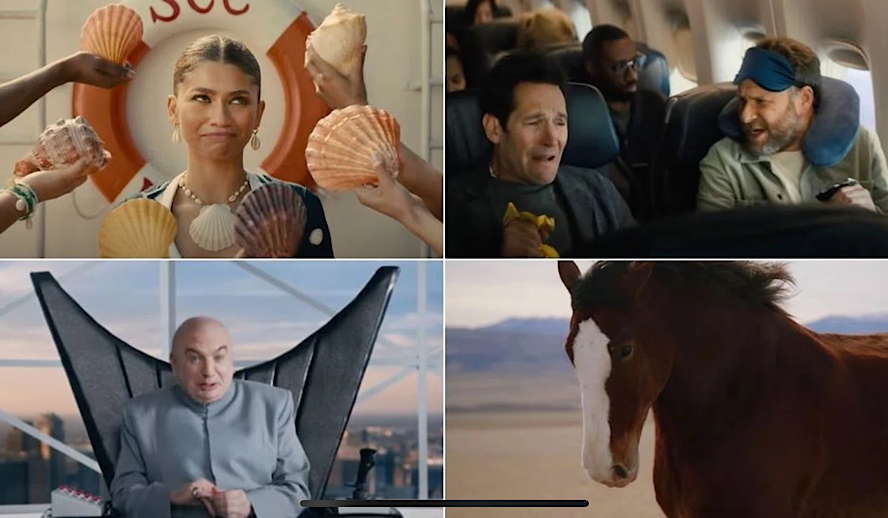 One may think the most talked about part of the Super Bowl is the game, and for some it is. For some, it’s the halftime show, but for many, the commercials take the cake. They have something for everyone, you don’t have to be a football fan or love the halftime performers to enjoy the commercials. And there’s a lot to love, the Super Bowl is the most-watched event of the year, holding 9 positions on the top 10 most-watched single-network broadcasts (with the finale of ‘M*A*S*H’ holding the tenth slot), so companies go all out. When an advertisement costs millions of dollars and is going to be viewed by millions of people, it has to be good.

Without further ado, let’s dive into 10 of the best Super Bowl commercials and what makes them so great.

It’s no doubt that “where’s the beef?” is one of the most famous slogans of all time. Even if you don’t know where it came from, “where’s the beef” is the type of quote that everyone has heard before. Actress Clara Peller delivered the line as a dig against competing fast-food chains but it soon became a world-famous punchline. While this ad is not as exciting or high-tech as others on this list, the cultural impact of “where’s the beef” is unlike any other.

Apple’s take on George Orwell’s ‘1984’ was the perfect response to growing concerns about the role of computers in our lives. In a dystopian setting, athlete Anya Major played a character representing Apple’s Macintosh, which was the product being introduced. Of course, we all know Macintosh to be revolutionary and Apple to be a powerhouse today. The references to ‘1984’ and ‘Metropolis’ made the ad artistic as well as successful, as Apple sold millions of dollars worth of computers after the commercial aired.

It’s safe to say that most commercials don’t inspire full feature films, let alone series. Nike’s Hare Jordan commercial is an exception. This advertisement was the first time we saw Bugs Bunny and Michael Jordan team up, but not the last. This ad was such a hit that it inspired ‘Space Jam’ and long after, its 2021 sequel. The combination of animated antics on real basketball footage was so entertaining and worked so well that it continued on the big screen.

This commercial brings us through the decades with Britney Spears at the height of her popularity. We see Britney at a 50s diner, surfing through the 60s and as a 70s hippie. The advertisement continues to the modern-day, taking stops at each decade. Each clip does an amazing job at capturing the decade in question, and bringing Pepsi to each stop along the way.

Google took a romantic approach in order to showcase the search engine’s capabilities. A love story told through Google searches brings us along with a study abroad student who moves to Paris, falls in love, and starts a family. It’s a beautiful, tear-jerking story told in a unique and understated way. An ad like this is perfect for this year’s big game right before Valentine’s Day.

Betty White was a treasure. Her body of work is lengthy, impressive and inspiring. Still, she found time to help create Snickers’ now iconic catchphrase, “you’re not you when you’re hungry”. This commercial had Betty White playing football, getting tackled into mud and throwing snarky remarks at her teammates. Of course, after eating a Snickers it’s revealed that it wasn’t Betty White after all, just another player in need of a snack.

The finale of ‘Breaking Bad’ in 2013 was the end of an era. The episode garnered over 10 million live viewers, but that number was still nowhere near the viewership for this commercial. In order to share his drug (pharmaceutical of course) knowledge with an Esurance customer, Bryan Cranston reprised his role as Walter White (and not for the last time). The return of a well-known, though not necessarily well-loved character made for a widely-talked about commercial.

What happens when Amazon’s Alexa loses her voice? Her celebrity understudies step in, of course. This commercial is full of comedy as Gordon Ramsey, Cardi B, Rebel Wilson and Anthony Hopkins step in to take over for the virtual assistant. Each celebrity brings their own personality to the role, filling in in their own unique ways and bringing their own senses of humor to Alexa.

We have seen Timothee Chalamet flourish in all kinds of roles, but perhaps one of his best is Edgar Scissorhands. Of course, this commercial is a play on ‘Edward Scissorhands’, complete with Winona Ryder from the original film. The commercial pulls the viewer into Edgar’s narrative, building a compelling emotional character in just a minute, making an effective ad when Edgar receives a Cadillac.

Whether you’re tuning in to the Big Game for football, the halftime show or just to gather with friends and appetizers, this year’s commercials are sure to have something for everyone. During the Super Bowl, there’s no break in the action, even during the commercial breaks.