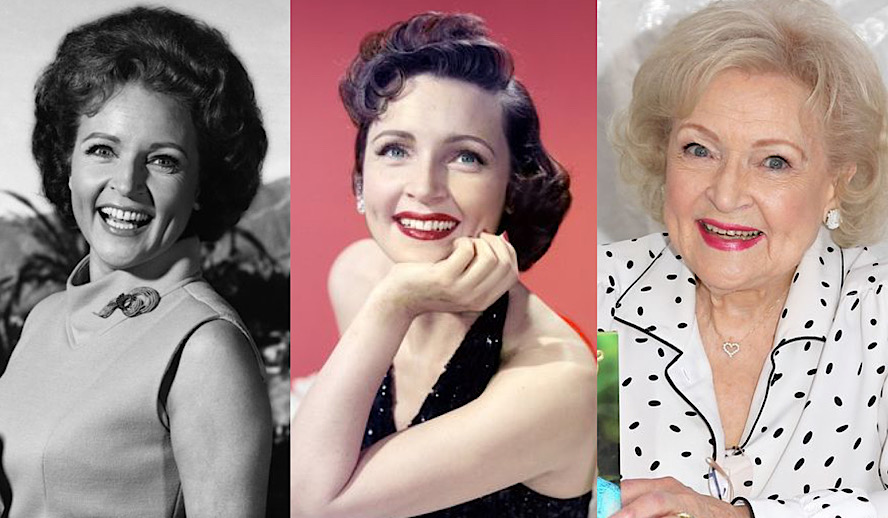 With a career in television spanning 80 years, Betty White has become one of the most well-known and revered names in Hollywood, breaking new ground and churning out impressive work throughout her time in the industry. And on January 17, the beloved actress and comedian reached another milestone – turning 99 years old.

In a post on Instagram, she wrote: “Would you believe it?! It’s my 99th birthday which means I can stay up as late as I want without asking. I am also very pleased to let you know about the re-release of my long-lost series after fifty years! I am just so proud of the “Pet Set”. I hope everyone is well and staying safe. We will get through this.”

She had more to say in an interview with ET, sharing how she was planning on celebrating her big day. “”You probably didn’t ask, but I’ll tell you anyway,” White said. “What am I doing for my birthday? Running a mile each morning has been curtailed by COVID, so I am working on getting The ‘Pet Set’ re-released, and feeding the two ducks who come to visit me every day.”

Previous co-stars and other notable celebrities took to social media to wish the actress a happy birthday on Sunday, January 17, and among the well-wishers was Ryan Reynolds: her co-star from the 2009 romantic comedy “The Proposal.” He shared a hilarious video that depicts the time they were “feuding” on the set of the movie, writing along with it, “We made this 12 years ago. Betty White may be turning 99 today, but she is 100% the funniest person on the planet.”

Betty White – A Pioneer in Television

Reynolds’ sentiments ring quite true — there is no one who embodies her perfectly-timed wit and humor as well as Betty White, and there is no one in television with a resume quite as impressive as hers. From TV classics such as “The Mary Tyler Moore Show” and “The Golden Girls,” to game show appearances and 10 years of hosting the Macy’s Thanksgiving Day Parade on CBS, White’s multitude of roles has landed her acclaim as one of the most respected comedians and actresses today.

White’s television career began in 1939 after she and a classmate graduated high school and sang songs from “The Merry Widow” on an experimental TV show. She didn’t get very far before World War II broke out and she volunteered for the American Women’s Voluntary Services, where she helped in the transportation of military supplies through California. After the war, she attempted to find work at movie studios but wound up landing jobs in radio, where she would read commercials, sing, or make guest appearances on game shows.

Her success led to her own radio show, “The Betty White Show,” before she moved on to the world of television in 1949, starring alongside Al Jarvis as a co-host of his variety show “Hollywood on Television.” Once he departed in 1952, she hosted the show herself, winning an Emmy Award for Best Actress and making history as becoming the first to win in the new category designed for women in television.

From there, she went on to create “Life with Elizabeth” with writer George Tibbles and producer Don Fedderson, where she had complete creative control of the show both in front of and behind the camera – something that was considerably unusual and groundbreaking for the time for a woman and especially one that was only 28-years-old. Her success with that project led her to what would be the second edition of “The Betty White Show,” this time in the medium of television instead of radio, which was initially successful on NBC but was ultimately cancelled due to controversy over the inclusion of Arthur Duncan, an African American performer, as a regular cast member of the show.

Following several stints on game shows such as “Password,” (where she eventually married the host, Allen Ludden), White’s ultimate breakout role came in the form of “The Mary Tyler Moore Show,” where she played the outwardly sweet yet in actuality sardonic and lascivious Sue Anne Nivens, winning two Emmy Awards for Outstanding Supporting Actress in a Comedy Series for the role in 1975 and 1976, and receiving another nomination during the show’s last season in 1977.

The popular series was the first of her most iconic roles in television, as she later scored the role that would become the biggest of her career in the NBC sitcom “The Golden Girls,” which followed the “golden years” of four divorced or widowed women living together in a house in Miami. Starring alongside Bea Arthur, Estelle Getty, and Rue McClanahan, White made an even bigger name for herself in playing her character Rose Nylund, winning an Emmy for Outstanding Actress in a Comedy Series during season one and becoming the only one out of the cast to be nominated every single year out of the show’s wildly successful seven seasons.

Betty White is regarded as a pioneer of television, and not without good reason. She is recognized as the first woman to produce a sitcom, thanks to “Life with Elizabeth,” which led to her receiving the honorary “Mayor of Hollywood” title in 1955, and additionally became the first woman to ever receive a Daytime Emmy Award, winning Outstanding Game Show Host in 1983, ironically, for the show titled “Just Men!”

Overall, White has won five Primetime Emmy Awards, two Daytime Emmy Awards – including the Daytime Emmy for Lifetime Achievement in 2015 – and in a more impressive feat, is the only woman to have received an Emmy in all comedic performance categories. She also holds the record for the longest span between Emmy nominations, with her first in 1951 and the most recent in 2011. With a career spanning over 80 years, it’s no surprise that she has been so successful, additionally acquiring three American Comedy Awards – which included another Lifetime Achievement Award in 1990 – three Screen Actors Guild Awards, and a Grammy. She was also inducted into the Television Hall of Fame in 1995 and has a star on the Hollywood Walk of Fame on Hollywood Boulevard alongside her late husband Allen Ludden.

The Return of “Pet Set”

Now, “Pet Set,” the talk show White created and starred in during the 70s that features a combination of celebrity guests and animals, will make its debut on several digital platforms beginning on February 23. The show aired in syndication from 1971-1972, and its half-hour features included multiple segments where White would have the guest star bring out and talk about their pets, before moving on to an animal expert who would discuss a select species, and then would typically conclude with White outside with a featured animal, which has included a 500-pound Bengal Tiger and an Asian Elephant. Notable guest stars on the show include prior co-stars such as Mary Tyler Moore and Carol Burnett, as well as Doris Day, Burt Reynolds, Jimmy Stewart, Shirley Jones, James Brolin, and several others.

White expressed her excitement of having the show return to air after all this time. “If I haven’t told you already, I will now. The ‘Pet Set’ is one of my favorite shows,” she said. “I’m thrilled it’s going to be seen again after all these years.”

It’s no secret that White is a pet enthusiast and animal lover. She works with a multitude of animal organizations, including the Los Angeles Zoo Commission, the Morris Animal Foundation, and the African Wildlife Foundation. Her interest in animal rights and welfare indeed began with “Pet Set” in the early 1970s, and interestingly, one of her first career aspirations was becoming a park ranger, although female rangers were not allowed at the time.

“Pet Set,” produced by White and her late husband, will be available on DVD and Apple TV, Google Play, and Prime Video during its initial release, although more platforms are expected to feature the long-lost series later this year.

It is astonishing to think that Betty White’s career began before colorized television as we know it was created and made standard, especially as she is such a groundbreaking figure within the medium. She is undoubtedly an icon, both in her age and in the utterly impressive length of her career in television – both of which will only lead her to serve as an inspiration to those in the industry and to her devoted fans for years to come.