Why ‘The Super Mario Bros. Movie’ New Trailer is Both Promising and Concerning 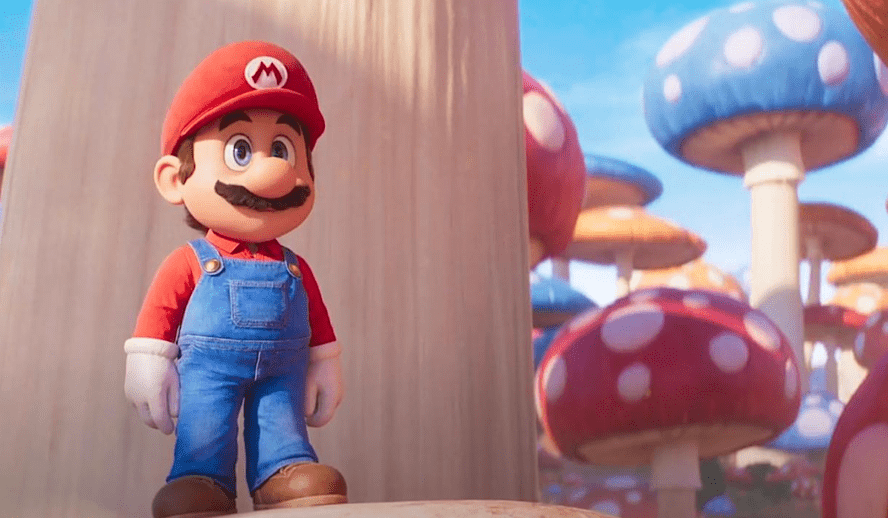 On October 7, 2022, the Nintendo company held a special Nintendo Direct (Nintendo’s way of releasing announcements about upcoming games and more) for the first trailer of the upcoming Illumination animated film: ‘The Super Mario Bros. Movie.’ Speculation over the film has been boiling ever since Nintendo announced the project all the way back in September of 2021. With the announcement of the film came a look at the voice cast and a look at some teaser posters for the movie. With the discussion opening on an upcoming animated Super Mario film came the controversy around the voice cast, more specifically the announcement that Chris Pratt would be playing Mario. With the trailer finally being released, here’s why The Super Mario Bros. Movie’s first trailer looks both promising and concerning for what is to come.

The Voice of Super Mario

When Chris Pratt was announced to be voicing the titular Mario brother, Mario, the internet had a lot of opinions over the casting. For starters, fans of the video game series were disappointed to see the character voiced by someone other than Charles Martinet, the voice of Mario in a majority of the Super Mario franchise games. While the choice to choose a new voice actor was shocking, it made perfect sense. Charles Martinet’s Mario is, for the most part, just short sound blips for the games and not full sentences of dialogue. Fans of the Mario franchise also had something to say about Chris Pratt, an actor who seems to sound nothing like the mustached character, playing the role in a film. While fans were scared to see what Chris Pratt would do with the character, people who saw the Nintendo announcement were excited to see actors like Jack Black and Seth Rogen playing King Bowser and Donkey Kong, respectively.

From the opening shot of the trailer, we get a sense that Illumination is taking this film very seriously. The design of Bowser’s flying ship looked mesmerizing with the character designs of Kamek and Bowser looking both colorful and new while still staying true to their video game designs. The cinematography and audio in the trailer were both spectacular and really did the world of Super Mario justice. The voice of Jack Black as Bowser was striking, as it was clear Black brought his all to voicing the character here. The other highly anticipated vocal performance shown off here in ‘The Super Mario Bros. Movie’ trailer is Chris Pratt’s Mario in action.

After hearing Pratt finally put a voice to the face, fans who watched the trailer were split or concerned with the performance as Pratt’s voice seemed to be his own for the voice of Mario, adding nothing new. While Pratt’s performance in the trailer did not disappoint, it did not impress either. Other vocal performances such as Charlie Day’s Luigi and Kevin Michael Richardson’s Kamek were both featured briefly in the trailer. Major characters such as Princess Peach, played by Anya Taylor Joy; Donkey Kong, played by Seth Rogen; and Cranky Kong, played by Fred Armisen were not featured in the movie trailer.

Overall, the trailer really brought a sense of excitement and intrigue to what will come of ‘The Super Mario Bros. Movie.’ Seeing the world of Mario in a totally new light was, without a doubt, an exciting sight. The character designs of Mario and Bowser were both excellent but appeared new with different textures. With strong visuals, great sound mixing, and fresh character designs, the first trailer managed to pique interest of both fans of the Super Mario video game series and film watchers alike.

Upcoming News and What to Expect Next

With no other new announcements besides a teaser trailer and a release date, there is no information on what exactly ‘The Super Mario Bros. Movie’ will be about. In the teaser trailer, Mario is shown falling into the mushroom kingdom, unsure of where he is or why he is there. This could potentially mean that this Mario movie will be a kind of origin story for how Mario and his brother, Luigi, went from plumbers to saviors of Princess Peach and protectors of the mushroom kingdom. However, the inclusion of the Kongs (both Donkey and Cranky) and penguins means that the world of Super Mario will be explored beyond just the Mushroom Kingdom and Bowser’s Castle. This is all, however, speculation and information inferred from the teaser. It would not be surprising, though, that Illumination and Nintendo would want to tell an origin story about Mario since this kind of film would have a greater appeal to movie watchers who aren’t familiar with the Super Mario series. Including different and even obscure Mario characters would also be an excellent move as the Mario series is famous for its colorful and memorable cast of characters.

Other information about the upcoming movie is the film will be rated PG for “action and mild violence.” The rating being PG makes complete sense as the Mario franchise has prided itself on being family-friendly so the film contains only mild violence would be fitting for the movie. The film was written by Matthew Fogel and directed by Aaron Horvath and Michael Jelenic. ‘The Super Mario Bros. Movie’ will be starring Chris Pratt, Charlie Day, Anya Taylor Joy, Jack Black, Seth Rogen, Keegan-Michael Key, Fred Armisen, Kevin Michael Richardson, and Charles Martinet. ‘The Super Mario Bros. Movie’ is set to release in theaters next year on April 7th, 2023. Hopefully, more information (or trailers) will be released in the coming months until the movie is released. Given the information we’ve already seen about ‘The Super Mario Bros. Movie,’ it is safe to say that Nintendo and Illumination are working carefully together to create a film that is accurate to the Mario franchise and tells a powerful story. Nintendo in the past has become notorious for being picky with lending their likeness or properties for any kind of usage so it is safe to expect that Nintendo will make sure that Illumination does the Mario Brothers the justice it deserves.