‘Tyson’s Run’: A Story About the Power to Overcome 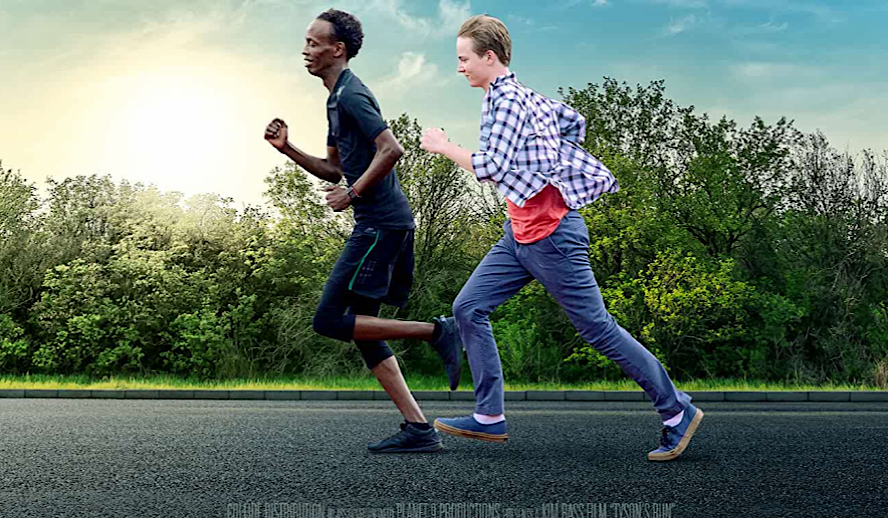 Genre is a powerful tool in setting expectations for a film; Different genres connote different things. If you know you’re going to watch a horror, you can expect to be scared, there might be gore and a murderous villain. In a romance, you can expect a couple to get together, despite obstacles in their way. The two genres of sports films and films about overcoming adversity often connote the same things.

If you think about sports films like ‘Rocky’ and ‘Remember the Titans’, the messages are typically along the lines of the power of hard work and the ability to beat all obstacles. Many times the conclusion of the film doesn’t need to be winning the big game or taking home a championship, but the athletes learning the lesson they needed to learn. Films about overcoming adversity like ‘Wonder’ and ‘Freedom Writers’, often leave the viewer with the same message. No matter the outcome, a valuable lesson is learned and the characters leave better than we found them. ‘Tyson’s Run’ combines elements from both of these genres to leave its message.

Synopsis: A Run Past Adversity

Tyson (Major Dodson) is a fifteen-year-old boy with autism. Up until the events of the film Tyson has been homeschooled by his mother, Eloise (Amy Smart), but when the material Tyson is learning becomes too difficult for her, he enrolls in public school. Tyson’s father, Bobby (Rory Cochrane), is the football coach at the school, but having his dad on campus is no help to Tyson. Bobby has never been a real father to Tyson, choosing instead to prioritize his football players. It’s easier to lead a state championship-winning team to victory than his autistic son, so Bobby chooses the easy way out.

Everything changes when Tyson meets Aklilu (Barkhad Abdi), a champion marathon runner. Aklilu takes Tyson under his wing and teaches him how to run, giving Tyson hope to finally be the best at something. Tyson hopes to win the town’s first marathon, putting both him and his town on the map, but the mayor doesn’t want him to be involved. Football has always been the town’s pride and joy and having the football coach’s autistic son running would take attention from the rest of the town. After long days of training and learning to look past the hate, Tyson takes home the first place ribbon.

Each character in the film fulfilled a very specific, pre-established role. Tyson checked the boxes for plenty of autistic stereotypes. He recited complex, advanced facts from the top of his head at awkward times. He was unable to read social cues and spoke in a monotone voice. He spent his nights and his mornings staring at a solar system mobile above his bed. The saving grace here is that Major Dodson is actually autistic himself, adding authenticity to the character. Eloise is a classic uplifting media mother, ready to go to war for her kids and fight back against any opposition. Bobby is the picture of a detached father, especially considering his role as the football coach.

The question is if these cliches helped or hurt the film. There’s an argument to be made for each side of the discussion. To begin, stereotyping neurodiversity is undoubtedly harmful. If you remove the fact that Tyson is a bit of a caricature, his role is effective. He’s a good kid, he has big dreams but is held back by his surroundings. He isn’t supported by his dad or his school, it’s easy to feel for him. There’s a reason the protagonist in these uplifting films all fit into the same box, it works.

Similarly, both of Tyson’s parents were effective in their roles. Eloise is always there for Tyson, constantly criticizing Bobby for prioritizing his team over Tyson. She struggles to raise Tyson alone and even outwardly calls herself a single mother, cutting deep into Bobby’s emotions. Bobby was easy to hate, making his eventual character development all the more impactful.

The Highlights of the Film

Aklilu was the film’s greatest asset. In a film that deals so heavily with adversity and hate, Aklilu was a breath of fresh air. He was a perfect balance, he loved and cared for Tyson but didn’t overstep and respected his parent’s boundaries. He was positive and encouraging, helping Tyson achieve reasonable goals without diminishing his motivation. Aklilu overcame challenges himself and expertly used his past to motivate Tyson’s future.

The film also had a romantic subplot surrounding Tyson and one of his classmates, Shannon (Layla Felder). Shannon was the first classmate to accept and support Tyson when he came to school, she was consistently there for him throughout the film. She was patient with Tyson as he worked to understand romance and friendships, both of which he had little experience with before coming to public school. The romance between the two was incredibly pure and heartwarming and never took away from the greater stories, such as Tyson’s healing relationship with his father.

‘Tyson’s Run’ had big goals. Combining the themes of a classic sports film with overcoming ableism and stereotyping was a huge undertaking. For the most part, the film was successful as it hit all the typical beats. Tyson faced challenges, built a support system, and never gave up, allowing him to meet his goals. The characters all fit the roles they needed to play to get Tyson to the top.

However, with all films tackling disability or neurodiversity, it’s important to consider if the film is enforcing stereotypes or oversimplifying conditions. Kim Bass stated that he did not intentionally cast an autistic actor to play Tyson, as he believes the themes are universal and can be played by any actor, but Major Dodson is an outspoken supporter of autistic actors playing autistic roles. Each individual can draw their own conclusions regarding the portrayal of autism in ‘Tyson’s Run’ and if the story trumps the stereotypes.