‘Shameless’ Lived Up To Its Name Through The End 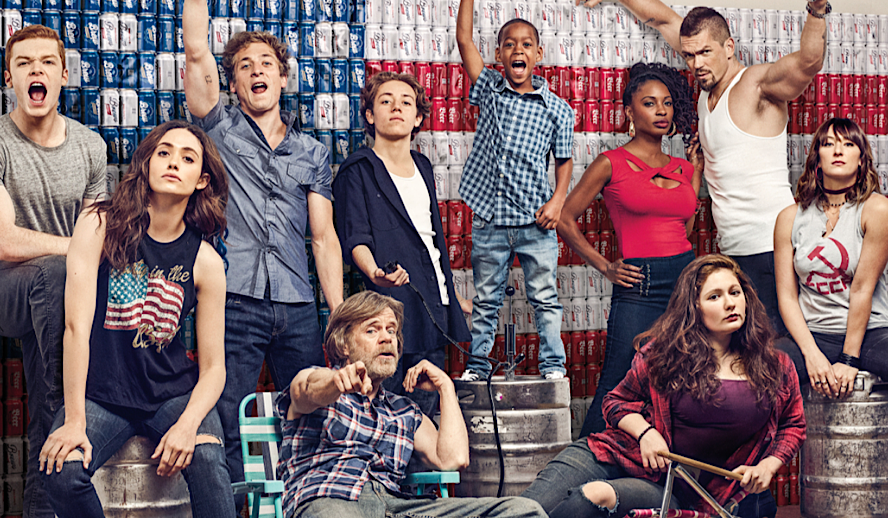 The world seemed like a very different place in January of 2011: we were two years into the Obama presidency, prosecutors began publicly pursuing Julian Assange and WikiLeaks, the Oprah Winfrey Network had just become a new cable network channel, Charlie Sheen left ‘Two and a Half Men’, Comcast purchased NBCUniversal, and a little show premiered on Showtime called ‘Shameless’. While the world around us has changed a significant amount, one constant across all that time were the Gallaghers. However, change inevitably comes to everything and ‘Shameless’ is no different because after 10 years and 11 seasons ‘Shameless’ has finally closed the door on the Gallagher family story.

This final episode felt much like any other episode of ‘Shameless’: everyone is surrounding Frank at the beginning, Frank wanders off, Liam is the only one who cares if Frank is missing and tries to find him, Lip is trying to sort out his life, Debbie is trying to find a way to feel less miserable about her situation, Carl has set his sights on a goal which he thinks will help people, and Ian and Mickey are trying to figure out what direction they want to take their relationship next. Most of the episodes this season have followed this pattern, but this one ended on a different note than the rest.

Most of the episode was about these characters trying to figure out their way forward in their lives and created a sense that this was only the beginning for many of them. When it came to one character, the show took a turn for the reminiscent lane, with clips flashing back to the early days of the show when most of the main cast were still children, showing that a certain chapter of their lives was coming to a close.

In a way the ending that aired made sense with the direction the show has been going. It included just about every character that one would have an attachment to except for Fiona, although with her being absent for as long as she has been it would have felt a bit forced to bring her in when her story has been complete for a while now. It also hit many of the beats that fans would love, from one final hangout in The Alibi and some misadventures throughout Chicago.

In the end, this COVID season did not feel any different than their first 10 seasons (if anything it perfectly suited the show which is such a dark thing to say) and concluded in the way that made the most sense. Was it the perfect ending and the one I would have liked to see? Not exactly, but it was the ending that worked best.

‘Shameless’ As A Whole Series

If there is one thing ‘Shameless’ has been during its 11 season run, it is consistent. From the start, the show has been a pattern of something good happening to a character, something comes along and takes it away, and then they find a way to make it back to a middle ground where they are not in a worse spot than before but they also are not necessarily in a better place either. Most of the characters who were still around in the finale started the show as children, meaning their characters have gone through extensive evolutions.

Some of these developments were positive, such as Carl going from being a delinquent child to finding a command structure being the setting that gives him fulfillment, while some developments were negative, such as Debbie going from being a sweet and empathetic character to being extremely self-centered and destructive of other people’s opportunities because they did not align with her wants. Some characters never changed… and by that I mean Frank, Frank never changed and that was why most people liked his character.

This story structure and character behavior pattern managed to sustain the show for as long as it did but that did not always mean that it worked the whole time. In the middle seasons, starting around season five, every single one of the characters went through very self-destructive phases all at the same time which made it extremely difficult to root for anyone and even watch the show. The behavior pattern did end up redeeming many of the characters and making it easier to remember why these are people the audience should want to root for.

The Legacy Of Shameless

The main legacy ‘Shameless’ leaves behind is how it dealt with addiction. Three members of the Gallagher family had storylines that revolved around alcoholism and narcotics addiction. Fiona and Lip both were alcoholics and were shown going through AA, NA, relapsing and finding their way back to sobriety. Their stories showed that there is a light at the end of the tunnel; that getting sober is not an easy process but in the end, it is worth it. Through getting sober Lip found the person he wants as his life partner and got his son. Getting sober allowed Fiona to get the means that allowed her to set off and find who she is on her own without having to be the caretaker for her whole family. Their stories showed what good can come of getting clean and that it is not just something you do once, it is a lifelong effort but one that is worth it.

Unlike Lip and Fiona’s stories, Frank’s storyline with alcoholism and narcotics addiction shows the other end of the spectrum. With Frank, viewers got to see what could happen when one remains dependent on alcohol and drugs and does not take the help they get seriously. It is, quite frankly, a miracle that Frank survived all the way to the finale with the number of close calls he had with death over the course of the series, from having overdosed several times, had heart attacks, a failing liver, and by the end was suffering from alcoholic dementia.

While Frank may have lived through all of those medical incidents and then some, it showed how maintaining that lifestyle and denying help when it is offered is dangerous in a situation like his. It also showed how that disease can damage relationships, showing how his family ultimately was indifferent to his well-being after his alcohol and drug dependency caused him to neglect their well-being for most of their lives. Frank’s path showed the destruction that addiction can cause in a person’s life.

When it comes down to it, ‘Shameless’ was the story of a large family and their bond through tough circumstances. All of them had their fair share of personal issues and their upbringing posed societal challenges for them throughout but when push came to shove the Gallagher siblings were always there for each other. Even if it did not seem like it in the moment, all they wanted was the best life for each other. It may have taken 10 years and 11 seasons, but in the end the Gallagher family was funny, messy, a bit broken, but most importantly they were shameless.