‘American Horror Stories’: Your Summer of Horror is Here, the ‘AHS’ Spinoff That Will Keep You Wide Awake 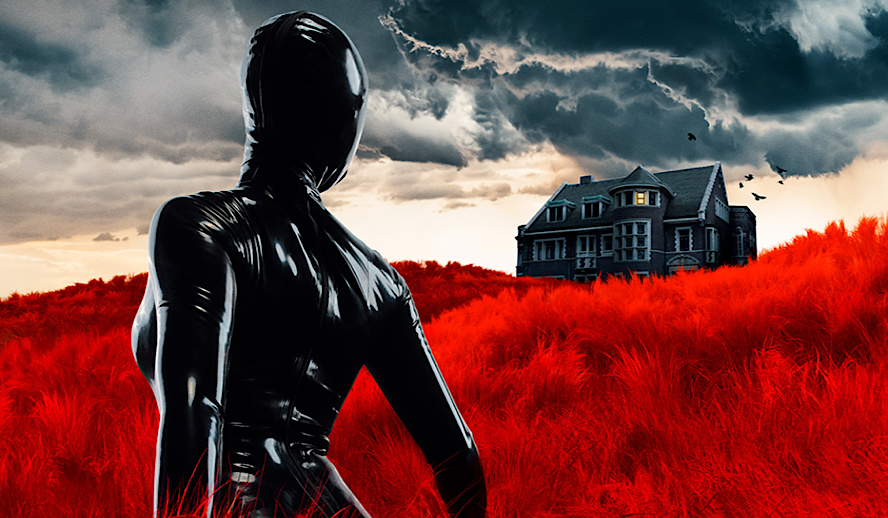 Years of explicit bloodbaths and murders evolved into a new series. Inside a perfectly violent reality, where ghosts have beautiful faces and fashionable clothes, killing for revenge seems rather cool, and sexual perversion is just another extra thought inside the minds of teenagers. The new ‘American Horror Story’ spin-off is all of this and more. The world is set up, murders keep happening to really hot people, and my fear is right up front, but I still want more. Waiting for the next episode of ‘American Horror Story‘ new spinoff ‘American Horror Stories‘ is not the way I intended to spend my summer days. But here I am, yet, again, wholly invested inside the twisted minds of Ryan Murphy and Brad Falchuk.

‘American Horror Stories‘ is a spinoff series based on the award-winning anthology series ‘American Horror Story.‘ the plan is to feature a weekly episode filled with sexual perversion, blood, murder, and terror. So far, the series has only aired a two-part episode that inhabits the world created back in 2011. The episode sets you up for a throwback, with a different, queer-er family living in LA’s most famous haunted house, ‘American Horror Story’s,’ ‘Murder House.’

Revenge and Murder, Care For a Bloodbath?

The first two episodes focus on a teenager’s life, whose parents decide to move to the so-called ‘Murder House‘ to renovate and sell for a lot more money. The storyline then becomes a set of familiar echoes from the first season of ‘American Horror Story‘ (The Original). As is often seen in other Ryan Murphy shows, characters tend to connect realities, and it is known that previous characters from different series will make extreme cameos in this spin-off.

The series goes into depth with an exciting exploration of shame, sexual encounters, perversion, and murder while taking you inside a bloodbath frenzy routed from revenge. Every line has been thought of as an explanation of perversion in the human mind. The dialogue is never on the nose, and after a few minutes of watching, it makes you wonder how crazy the people around you really are. So, yes, the show has turned me into a paranoid freak, but that was probably the intention.

In ‘American Horror Stories,’ episodes one and two set you off with a new set of characters in the same reality as AHS season one. Where there’s a man in a rubber suit, a perverse sexual demon, that will dominate your most insane sexual dreams. The difference is that this time, the characters feel targeted to a much younger crowd.

The cast consists of celebrity off-springs with gorgeous faces, plus some new talent, and the often familiar ones, brought to you by Murphy’s known tendency of casting the same actors.

As the popular mean girl, Paris Jackson makes an appearance, who may or may not get what she deserves. A proud fashionista knows the face of Kaia Gerber, who makes a badass appearance while looking perfect on-screen. Kaia Gerber plays the girlfriend of the new tenant of the ‘Murder House’ played by Sierra McCormick. If you’re too afraid to watch, and just like all my fashion friends, you are obsessed with Kaia’s face. I will give you a shortcut; she is in episode two. You’re welcome.

The modern family consists of two queer parents, played by Matt Bomer and Gavin Creel. With his 1950s superman vibes, Matt Bomer makes you want to be Gavin Creel’s character and be married to him. You might recognize him from ‘Hollywood,‘ Ryan Murphy’s Netflix series about a young man trying to make it in Hollywood. By the way, if you haven’t watched it yet, you need to, right this second, because it’s a beautiful story. I am dead serious; I cried at the end.

The message towards what the Hollywood ideal is, was incredible. And if you are about aesthetics and are in love with Hollywood’s golden age and just Ryan Murphy in general, there’s literally no excuse on why you haven’t watched it yet. Aaron Tveit also appears as Adam, the not-so-adequate contractor. Tveit is a phenomenal Broadway actor and never ceases to give out his best work.

Comedy is Found in The Darkest Moments

You’d be surprised at how many times you’ll find yourself exhaling a bit of laughter, while also holding your pillow tightly to cover your eyes from the satisfying, but horrific actions on screen. The writers found the perfect balance between comedy and terror. It is obvious the creators know exactly what they are doing, and they understand human behavior to the tee.

Anyone Obsessed With Murders Knows About AHS, Which Means Everyone Needs to Love This Spin-off

The show’s name is a bit confusing because the difference between the old AHS and the spin-off is that, one is singular, and the ladder is plural. ‘American Horror Stories’ is the spinoff, don’t get confused with the original.

I am always amazed by how aesthetically pleasing Ryan Murphy approaches the dark places the human psyche can enter. He makes the disgustingly explicit, appealing, and entertaining. His eye and often in-depth exploration of fear, sex, and the twisted ways of viewing the world is the reason the original series has lasted for so long. His style and fashionable ways of approaching taboo subject matters fearlessly and without any judgment are what make for a fantastic horror show.

The worlds he creates are always petrifying, but in a weird way, they are always beautiful. I’m going to be honest here, I had to play a ‘Friends’ right after watching, because, besides turning into a paranoid weirdo, I do not want to be sleep-deprived from stabbing nightmares. No, thank you. But regardless, I would still love to live inside a world as aesthetically coordinated and perfectly outlined as Ryan Murphy’s creative mind. Don’t you?