The Sensational ‘Effie Gray’, Richard Laxton’s Biopic on the Rise and Fall of the 1848 Ruskin Marriage 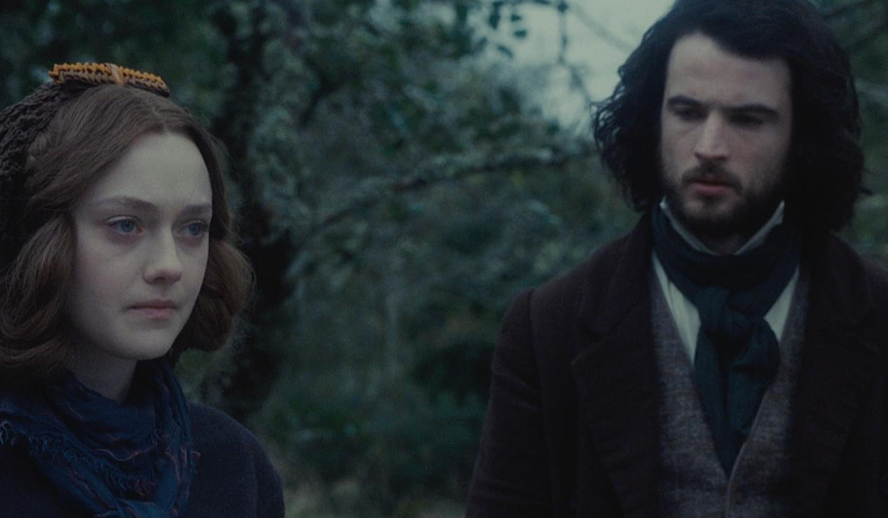 In the age of constant wrongdoings and immoral behavior, there is really nothing like a good Victorian scandal. We’ve become so inundated with complicated affairs and who said what and why that we have lost the power of a simple longing glance or the passing brush of a hand- and Effie Gray is sure to awaken your senses once again. Written by the imitable Emma Thompson and directed by celebrated Richard Laxton, watching Effie Gray feels like walking hand in hand with both madness and the titular character, the newly Mrs. John Ruskin.

The film opens on Effie (Dakota Fanning), a young woman who has recently come of age, on her wedding day to John Ruskin (Greg Wise), a renowned art critic and author on the Victorian era of English art. Ruskin had known and cherished Effie since she was twelve years old, but upon their union-ship his attitude changed incredibly fast. Effie finds herself haunting the halls of a home that does not seem to want her, with an overly critical mother-in-law and a husband who shuts himself away to work with no regard for Effie’s wants and needs. When Effie situates herself among the higher classes, she finds herself befriending a kind (yet powerful) woman named Lady Eastlake (Emma Thompson) who takes it upon herself to find the root of the young woman’s unhappiness. As the Ruskin’s unsteady marriage continues its descent into wicked hatred, Effie takes it upon herself to fix the wrongs and make them right.

Feminism In The Eighteenth Century

While Emma Thompson might be popularized for her gifted acting talents, a script such as Effie Gray reminds the world that she is a formidable writer. It took true understanding of Effie’s story to write something this sympathetic while still making it relatable to the current times- every woman can see themselves reflected in Effie’s glassy-eyed stare as she dreams of a better reality. There were also moments of surprising forgiveness that shocked me, especially when I felt for John Ruskin; Brief flickers of sympathy for the man who has been born and bred into a life he is unable to escape and knows nothing more than what he has. However, I am then reminded that he met his wife when she was just a child and the commiseration definitively ends.

I must applaud Thomson for highlighting such a fascinating story and giving a depth not many writers would be able to grant. You don’t hear of many eighteenth-century feminists that are not suffragettes with a cause or taking on men’s jobs, and you certainly don’t hear of the women who were quietly withering away in loveless marriages. Most period pieces are centered in romance and passion, and the women are usually bold, brash, and unmarriable- until they find the perfect man. Rare, is it, to find a story where a woman finds the strength within her marriage and pulls herself out of the fire. Thompson gives a voice to the world of women who died without one in the consequentially small act of writing Effie Gray, and for this, I am grateful for a historical piece that is not centered around optimistic romance.

The Cast Of Foreboding Characters

Dakota Fanning, as Effie Ruskin, gives an unmatched performance and brings to life a character with little dialogue or movement. Beginning the film with temperance and understanding, Fanning lights a fire underneath Effie and draws to the surface dedicated motivation to be the most efficient wife possible. As time and marital emotions grow stale, Effie’s complicated battle with sorrow and determination is explored in a masterful way- admittedly, Fanning was so convincing at times that I believed Effie’s story was over, she was resigned to a life she could not bear to live, and the movie was a lesson in life-long mistakes. This film is absolutely one of Dakota Fanning’s understated performances and deserves far more praise than what she has received.

Alongside Fanning was the entirely convincing Greg Wise playing the harrowing John Ruskin, and his foreboding presence on screen was neither demanding nor overpowering, but instead a subtle constant reminder of his power. Wise went about this role with just the right amount of sinister energy, although I do wish they had leaned a bit more into his pedophilic nature, but the performance itself was just right nonetheless. Every time Emma Thompson appeared on screen I took a deep breath of fresh air because her performance as Lady Eastlake was an overall delight. She was the perfect foil to Julie Walters’ Margaret Ruskin, John’s overbearing mother who is the complete definition of a nightmare mother-in-law. Accompanying them was Tom Sturridge as Everett, the sympathetic Pre-Raphaelite artist, David Suchet as the berating Mr. Ruskin, and Polly Dartford as Effie’s endearing little sister Sophie.

Effie Gray Is An Immersive Experience

There is plenty to be said about a historical two-sided story and the way it is told in the modern-day, but Effie Gray is almost so unbelievable that you forget it is based in fact. Watching this film is like being the frog in a slowly boiling pot of water- you understand that something is wrong at the beginning, but by the time it is a dire problem, it’s too late to save yourself. You live alongside the angry, bitter woman Effie Gray becomes, but the final moments achieve a small miracle. I will not give any important details away, but there is a rainbow at the end of this viscous storm that will leave you contented about the rest of Ms. Gray’s life. For fans of historical dramas, cleverly crafted feminism, and what gossip and scandal looked like for our Victorian brethren, Effie Gray will be a captivating watch. It is available for streaming on Netflix, and for my parting remarks, I will leave you with a quote, spoken by Lady Eastlake, that neatly sums up this film- “What a relief to hear an intelligent female voice.”