‘The Offer’ Is an Offer You Can Take or Leave: The Story of the Making of Marlon Brando’s ‘The Godfather’ 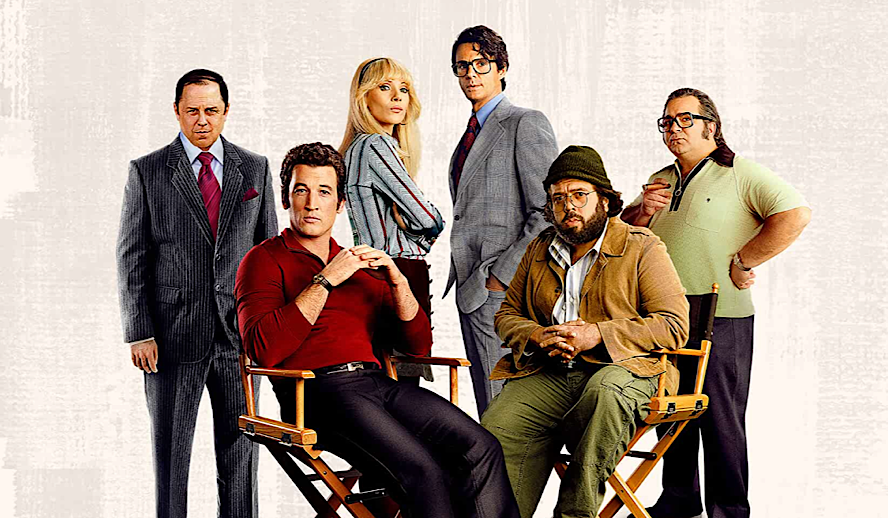 Paramount’s new series ‘The Offer’ follows Albert S. Ruddy (Miles Teller) as he tries to produce ‘The Godfather.’ New to the producing game, Ruddy scrambles to string together a creative team with a limited budget and not enough time. Despite Mario Puzo’s (Patrick Gallo) book topping sales charts, the execs above Ruddy are wary about making a mobster movie, considering the genre dead. To make matters worse, Joe Colombo (Giovanni Ribisi) of the Colombo crime family takes to protesting The Godfather at Italian-American Civil Rights League rallies. Taking the story to be insensitive and slanderous to Italian-Americans, the league aims to shut the movie down before it gets off the ground. A few bad actors even take to sending Ruddy and his executive producer Robert Evans (Matthew Goode) a message, if you know what I mean.

With a zippy script and a solid central cast (Matthew Goode is electric as Robert Evans), each scene of ‘The Offer’ zooms by. By the end of the first three episodes, important relationships have shifted, stakes have been successfully established, and the integrity of Francis Ford Coppola as portrayed by Dan Fogler gets you into a purist mindset about Cinema.

For those unfamiliar with the behind-the-scenes story of ‘The Godfather,’ this show serves as a loose introduction. More often than not, however, ‘The Offer’ instead nods to fans of the franchise, assuming familiarity and rewarding you for being in-the-know about a movie that came out 50 years ago. There are a few reasons to take Paramount upon its newest entertainment offering, and a few reasons to leave it be.

Take: Nostalgia for ‘The Godfather’

‘The Offer’ makes reference ad nauseam to ‘The Godfather’ and the New Hollywood era more broadly. The show runs on that nostalgia, portraying the glamorous but cutthroat dealings of Hollywood studios with pizzazz, and mentioning how good the story of ‘The Godfather’ is every 5-10 minutes. If you pine for 70s cinema and want to spend the evening with that feeling you had when you first saw ‘The Godfather,’ take ‘The Offer.’ You are its intended audience.

The New Hollywood era produced some of Cinema’s all-time greatest films and directors, and ‘The Offer’ serves as a fun, romanticized visit to that past. The production is sleek and the dialogue is punchy. It feels like the product of the hit-hunting producers at the center of the story, and in a way it is.

The writer Michael Tolkin interviewed Albert S. Ruddy himself to glean the story of ‘The Offer,’ and Ruddy serves as one of the series’ executive producers. I don’t know if any more needs to be said to explain why the series comes across as self-congratulatory. In the show, Ruddy works through every problem with ease, and has a generous portion of lines about what makes Cinema so wonderful. His resourcefulness lends to the stylishness of the show, but at the cost of a compelling reason for the show to exist. The protagonist’s sailing is too smooth to be interesting.

I question, after the airing of these first three episodes, whether this story should be a TV show at all. It’s a fascinating story so far, however, embellished it may be, but a good portion of each episode feels like a dramatized Q&A. Someone asks, “how are we gonna do x?” Someone else answers, “like this, baby,” and everybody celebrates. Or, in the more intense scenes, someone says “fix this thing, or else,” leading us to the next Q&A scene. Very few scenes feel suspenseful or dramatically compelling at all, and it makes me wonder why I’m not watching a documentary.

The first three episodes of ‘The Offer’ are collectively about as long as ‘The Godfather.’ What better comparison is there for how much storytelling can happen in three hours? As a drama, the story of ‘The Offer’ pales in comparison, especially when stretched across a runtime three times as long as its core subject.

Working with some of the most recognizable intellectual property in the industry, the creators of ‘The Offer’ seem to understand that anything short of a catastrophe is bound to perform well. The show is written as safely and stylishly as possible, and you have to wonder if every little decision is dramatized because there simply isn’t enough story to warrant the miniseries treatment.

When Anthony Ippolito is onscreen as Al Pacino, or Billy Magnussen as Robert Redford, I can’t help but wonder why anyone subjected these actors to the task of reenacting actors who’ve been cemented in film history, rather than interviewing the actors themselves. ‘The Offer’ is presumably intended to please longtime fans of ‘The Godfather’ with yet another homage to the movie and its fabled making, and I can’t honestly say it failed. Its composite audience scores are surprisingly high. What I wonder is: would those scores have been just as high, if not higher, if the story were told as a documentary?

What’s Next for the Creative Team

Your choice to watch the show or not should rest almost entirely on whether you want to revel in nostalgia, as the concept for the show adds up to little more than a diversion. Where the series lacks in vision, however, it doesn’t lack in talent. If you find yourself wanting more from the people who worked on the show, here’s what you can look forward to next.

Miles Teller will star in another nostalgic franchise entry, ‘Top Gun: Maverick,’ which comes to theaters next month. Matthew Goode will travel much further back in time as a supporting role in ‘Medieval,’ a historic epic expected to release later this year. Dan Fogler will stay in the 70s to play Buck Reingold in the Neil Bogart biopic ‘Spinning Gold,’ which hits the big screen in August. Giovanni Ribisi will reprise his role in the Avatar franchise. The second installment, ‘Avatar: The Way of Water,’ comes out in December.

For another look at the work of Salvatore Totino, the cinematographer for the majority of ‘The Offer,’ look to 2023. The space adventure ‘65,’ which will feature Adam Driver and Chloe Coleman, has a release date of April 14 next year.