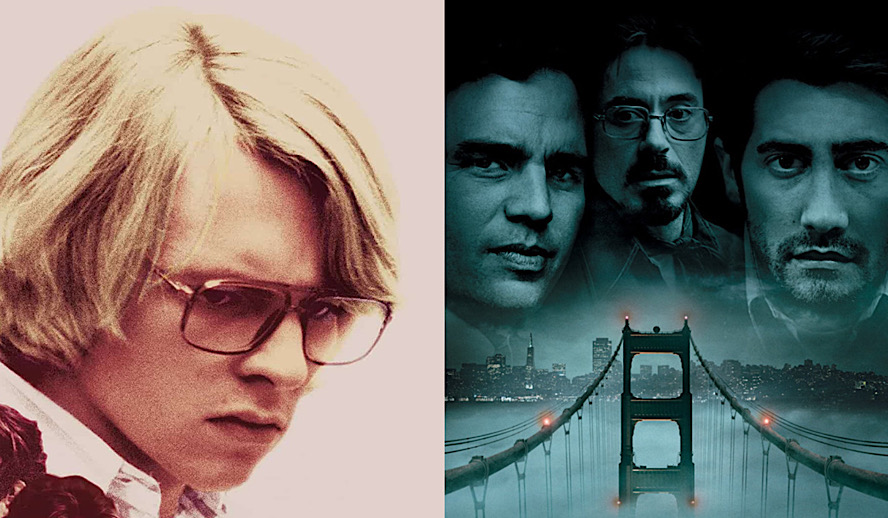 Photo: ‘Zodiac’ and ‘My Friend Dahmer’

While most people would hate to come face-to-face with these characters in real life, there’s just something about a killer on film. From the mystery of David Fincher’s ‘Zodiac’, to the bitter realism of ‘Monster’, to the warm-toned gore of ‘My Friend Dahmer’, these projects have invited audiences to learn more about the serial killers that litter our historical records through an artistic lens. With the aforementioned films, as well as ‘Texas Chainsaw Massacre’ and ‘Extremely Wicked, Shockingly Evil, and Vile ’, this article will explore some of the most acclaimed on-screen depictions of real-life American serial killers, and a brief examination of their origins in no particular order.

The lasting legacy of the “Zodiac Killer” has been preserved by his perplexing mode of communication, as well as his iron-clad anonymity. Though in recent years, he’s allegedly been identified according to a team of cold case detectives (you guessed it: he was just some guy), an air of intrigue will always surround the idea of these random and senseless murders.

In the David Fincher-directed film, ‘Zodiac’ tells the story of a group of journalists at the San Francisco Chronicle that first encounter the strange ramblings of the killer, who threatens them into publishing his message. All-around great performances from an outstanding main cast – Jake Gyllenhaal, Mark Ruffalo, and Robert Downey Jr. – these characters are integrated into a pretty historically accurate depiction of the ‘Zodiac’ killings, the concerns that people had surrounding his messages, and the sense of mystery that permeated his covert reign of violence. As is expected for a Fincher film, the tone is air-tight and the dialogue is perfectly succinct. With not a performance out of line, ‘Zodiac’ is the embodiment of a taut true-crime thriller as the audience follows an impassioned ensemble through their obsessive investigation of a killer that remains shrouded in obscurity to this day.

The name Ted Bundy has become completely synonymous with the idea of an unstoppable serial killer, our collective memory of him includes an image of charisma so deceptive that he could not only lure victims into his predatory grasp, but he could play the part of your average guy to his family and peers.

Zac Efron, especially when viewed in side-by-side comparison, bears striking resemblance to the notorious murderer. His committed performance is supported by Lily Collins, who portrays Bundy’s longtime girlfriend, Elizabeth Kendall, and their chemistry creates what might be a romanticized but engaging account of the relationship of one of the most depraved American killers.

Maybe Ted Bundy or John Wayne Gacy first come to mind, but when it comes to American serial killers, Jeffrey Dahmer is one of the most archetypal and infamous. Skinny, smart, stand-offish, and wrought by a desire to experiment on animals from a young age (guised in mere scientific interest), part of what made Dahmer so terrifying was his deceptive – though unstable – disposition. As is startlingly common for young, to-be killers, Dahmer was also considerably meek, and his descent into psychopathy proceeded under the radar of his family and friends. However, as ‘My Friend Dahmer’ imagines, sometimes unexplainable memories gain frightening clarity in hindsight.

This film doesn’t explore the goriest details of his murderous, cannibalistic tendencies, instead, it dives into the core of his seemingly mundane Ohio upbringing. Ross Lynch, a former Disney-heartthrob known from ‘Teen Beach Movie’, portrays Dahmer as the slouching, awkward, covertly alcoholic class clown that he really was during his younger years. His portrayal is based on the comic book of the same name, written by John “Derf” Backderf (played by Nat Wolff in the film), who really grew up with Dahmer, and has lived insight into the years that would precede his depraved spree of killings.

While the jury is out on the moral culpability of Aileen Wuornos, she’s just as memorable as her counterparts, and since her alleged crimes of self-defense and subsequent death penalty conviction, she has remained the most infamous female serial killer among a sea of violent men.

Telling a much different tale than the mere brutal mystery of the other, male-dominated ‘serial killer’ themed movies on this list, ‘Monster’ turns morbid reality into a heart-wrenchingly raw depiction of a woman whose life was filled with trauma from beginning to end. Charlize Theron literally transforms into Wuornos, not only through strong makeup and styling, but an idiosyncratic performance for which she would win the Academy Award for Best Actress that year. In this film, Theron and supporting counterpart Christina Ricci explore a new layer to the story of Wuornos, one that pays respect to her authentic personality, mannerisms, and personal life.

All of these films are wrought with violence and brutality in their own way, but ‘The Texas Chainsaw Massacre’ is often considered one of the paramount mainstream examples of ‘grindhouse’. Directed by Tobe Hooper, this film imagines a killer named ‘Leatherface’ who is modeled in the image of Ed Gein, an infamous, skin-wearing killer with devastating mommy issues. However, the 70’s slasher calls Gein too mindless for analyzing his psychology, and more for turning our stomach with the tendency of Leatherface to wear the skin of his victims.

Ed Gein, also known as the “Butcher of Plainfield”, remains one of the more gruesome figures in American history. Not content with being a killer and body-snatcher, Gein fashioned an entire catalog of furniture out of the severed remains of his unfortunate victims. While similarities between the obvious behaviors of Gein and Leatherface may vary, their gory interest in repurposing the bodies of their victims will never not be so, so wrong.