A Tribute to Steve Buscemi: An Icon 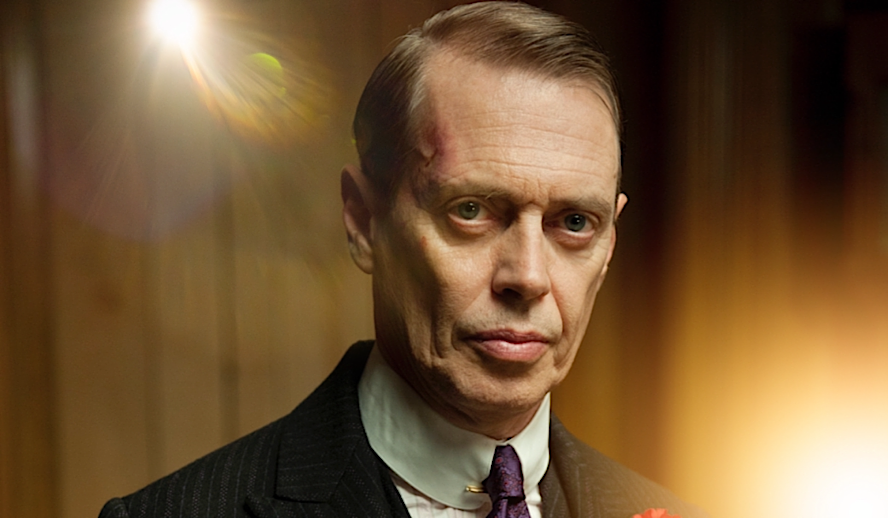 With 164 credits on IMDb, Steve Buscemi lights the stage as one of the most recognizable actors in the entertainment industry, starring in films made by some of the biggest and most respected filmmakers, ranging from Quentin Tarantino, the Coen Brothers, to Adam Sandler. Aside from being one of the busiest actors in Hollywood since the mid-eighties, Buscemi spent his youth bravely fighting fires. From 1980 to 1984, he was a New York City firefighter and famously returned to his former firehouse to volunteer after the 9/11 attacks.

He was even arrested two years later for protesting the closures of several firehouses, including his former place of employment. This kind of heroism and dignity brings a charm to Buscemi’s personal life, which elevates his acting talents to establishing him as an icon. He’s crushed every role he’s been in and has always delivered a promising performance, no matter how large his role is.

From playing criminals, comical characters, and good-hearted people, Buscemi has rarely taken on lead roles. When he has though, it’s been astonishing, which goes to show that he is brilliantly selective with his roles, ensuring they cater to his talents and will churn out the highest quality performance, rather than choosing his roles egotistically. The Academy has never recognized his contributions to the big screen, a fact that’s stymied fans for decades. Already having lived a respectable life, and having a wildly successful career, Buscemi serves as an inspiration to actors and filmmakers from all over the world.

What Made One of the Most Versatile Actors

Born and raised in different parts of New York throughout his life, Buscemi got involved with wrestling and acting as a teenager before graduating from Valley Stream Central High School. After a short stint at Nassau Community College, Buscemi enrolled in the famous Manhattan acting school Lee Strasberg Theatre and Film Institute, where he was noticed for his outstandingly enormous ambit of performing skills. He started his vast and diverse acting career with Eric Mitchell’s indie film The Way It Is in 1985, where he starred alongside Vincent Gallo in a somewhat self-reflexive role as an actor rehearsing with his co-stars when all of a sudden, one of them turns up dead.

After his breakthrough performance, Buscemi consistently was cast in roles as side characters in decent films. He later began to garner national attention with legendary independent filmmaker Jim Jarmusch’s Mystery Train in 1989. His role as Charlie, a benevolent man who inadvertently becomes an accomplice to a violent crime, earned him an Independent Spirit Award nomination for Best Supporting Male Actor. Buscemi stuck out to Jarmusch, as Buscemi does to many talented filmmakers, and briefly joined Jarmusch again in his 1995 film Dead Man starring Johnny Depp.

Luck struck twice for Buscemi when, just a year later in 1990, he was cast in the Coen brothers film Miller’s Crossing, a neo-noir crime film. Buscemi made an impressive impact on the Coen brothers, who would go on to cast him in four movies after Miller’s Crossing, including Barton Fink a year later. His small but memorable roles would be the start of a leitmotif in his career. As his prominence grew, Buscemi became more recognizable, with his range and expressiveness captivating film critics and a growing swath of fans. Fortunately for the world, Buscemi snowballed and cascaded into a career that has progressively grown as time’s gone on.

A Reliable Face In Every Movie & Show You Love

Beginning a momentum that still hasn’t slowed down, the late eighties and early nineties propelled Buscemi into the big screen zeitgeist. Quentin Tarantino’s Reservoir Dogs in 1992 earned him his second Independent Spirit Award nomination for Best Supporting Male Actor, procuring more of the public spotlight than he had yet. Throughout the rest of the nineties, Buscemi began to explore his range and establish himself as a strong character actor.  He portrayed memorable characters, Carl Showalter, in Fargo, and Donny in The Big Lebowski, two other Coen brothers films. Mainstream audiences joined Buscemi’s ever-growing fanbase with films Spy Kids 2: The Island of Lost Dreams, along with the following Spy Kids film, and his voiceover work as Randall in Pixar’s Monsters, Inc.

His filmography shows that he’s been in several films that have been nominated for Oscars and Golden Globes, but he himself has not, an odd incongruence that still rightfully shocks and disappoints fans. Although Buscemi proved himself as a talented dramatic actor, he’s always stood out as a hilarious comedic actor. Adam Sandler noticed this early on in his career and cast him in small, and even quite large, roles in films such as Billy Madison, Big Daddy, Mr. Deeds, and many more, quickly establishing Buscemi as one of Sandler’s regulars. This type of versatility is unmatched by any other actor in history, and what distinguishes Buscemi as one of the most recognizable and iconic actors of all time.

Even though his performances were certainly Oscar-worthy Buscemi was never recognized by the Academy or Golden Globes for his sensational work. The best he received was the two Independent Spirit Award nominations, until his critically acclaimed role as Tony Blundetoo in the iconic television series The Sopranos, meriting him an Emmy nomination. Most recently, Buscemi earned international attention and enormous critical acclaim with former Sopranos producer Terence Winter’s Boardwalk Empire. Buscemi won the show a Golden Globe in the Drama category for Best Performance by an Actor in a Television Series,  along with the show winning Best TV series in 2011. Boardwalk Empire would go on to receive eight Golden Globe nominations, and several Emmy wins and nominations.

Steve Buscemi – Talent In Front of and Behind the Camera

Buscemi has directed a handful of movies too, the roster consisting of Trees Lounge (1996), Animal Factory (2000), Lonesome Jim (2005), and Interview (2007), all of which were well-received commercially and critically. He’s also directed episodes of hit TV shows The Sopranos, 30 Rock, and Portlandia.  Although his primary occupation and interest is acting, Buscemi has demonstrated his versatile skill in numerous positions on a film set. Most recently he was in Simon Rich’s Miracle Workers, Judd Apatow and Pete Davidson’s The King of Staten Island, and Adam Sandler’s Hubie Halloween. Fans are eager to see what Buscemi does next, as his projects are guaranteed to draw international attention. He’s a beloved icon in cinema and television, and overall, a national treasure.

Here at Hollywood Insider, we happen to be enormous fans of Steve. We are inspired by you Mr. Buscemi, and we will always root for you.