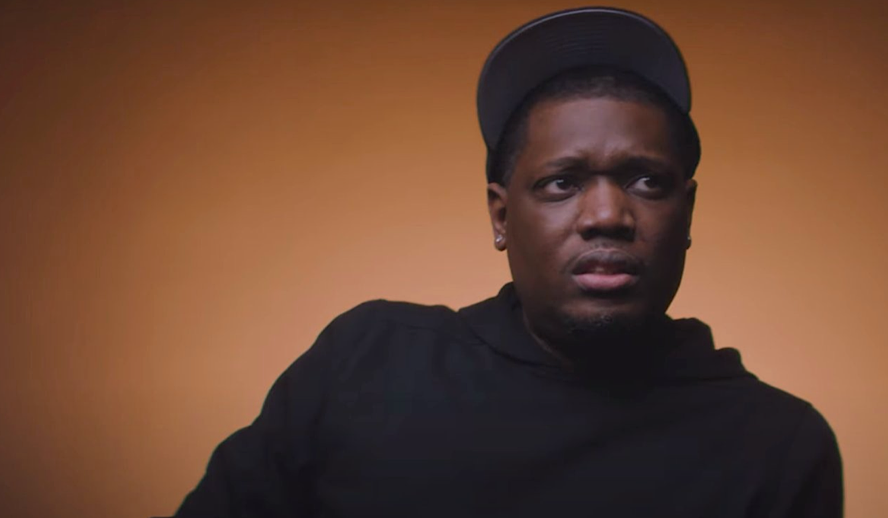 Michael Che has been rising up in the comedy world for the past several years, having worked in stand-up comedy, written and acted as a correspondent for  ‘The Daily Show with Jon Stewart’, and currently as co-head writer and co-anchor for ‘Weekend Update’ on ‘Saturday Night Live’. His new project, a solo venture in a sketch comedy-stand-up hybrid show for HBO Max, takes everything he does on those shows so well and amplifies them to show his perspective on what is going on in New York City and America today in ‘That Damn Michael Che’.

Related article: The Evolution of John Mulaney: The Rise and Journey of the Multil-Talented Stand-Up Comedian

Each episode focuses on one central theme and includes 3-4 sketches edited together to tell a cohesive story intercut with some anecdotes and explanations from Michael Che shot confessional-style. All of this is, of course, done in a satirical fashion; everything is done to point out the flaws in people’s thinking when it comes to some of the major controversial topics in the cultural lexicon today. Over the course of the six episodes, viewers get a look into Che’s mind and get an understanding of his thoughts on policing, relationships, COVID, healthcare for Black people, being a successful Black man, vaccinations, and religion with some assistance from amazing guest stars such as Cecily Strong, Heidi Gardner, Billy Porter, Geoffrey Owens, and many more.

The first episode of the show is Michael Che’s examination of policing in New York City, starting off right away with him stuck in a broken elevator with a white woman who wants to apologize for racism in America. The episode takes a look into how it seems Black people should respond to police, conversations that surround the statement “Black Lives Matter”, and the idea of many white people’s attempts and flawed ways of showing allyship. The second episode examines the dichotomies of relationships, from sex to the actual idea of love and the differences between male and female perspectives while in one all framed through a sketch about the first date after ending a relationship.

Episode three tackles the challenges of healthcare and a pandemic under the lens of his friend getting shot and needing help. Episode five follows similar lines, talking about how Black people being used for medical experiments in the past are making many skeptical of the COVID-19 vaccine, specifically using the Tuskegee Syphilis Study. Episodes four and six are about the images and ideas surrounding Black success, such as how one got to their status, the sacrifices that one thinks they need to make, therapy, and religion’s role in both aiding success and personal growth and how it can add pressure and dampen the feeling of success.

All six episodes have been released at once, making this a great show to binge. When asked about having all of the episodes drop at once versus a weekly format like ‘Saturday Night Live’ while on ‘Late Night with Seth Meyers’, Che said, “Initially I wanted to roll out like ‘SNL’ because then you could always improve it but now I’m like ‘oh yeah, that would either be one week of great press or one week of terrible press and then it’s all over. And I kinda like that they’re all coming out, you can watch it at your own leisure.”

‘That Damn Michael Che’ Leaves Us With His Thoughts

It is no secret that Michael Che has a signature style of comedy. Whenever he is the main writer of a sketch on ‘Saturday Night Live’ it is fairly obvious that he is the one responsible for it. He tends to use racial undertones or blatant themes of race in his comedy poised in a way that is both quite funny and also seems just slightly wrong (such as his Black Lives Matters explanation from his last stand-up special on Netflix or “Jackie Robinson” from a ‘Saturday Night Live’ episode in March of 2020). In interviews, he always makes really witty, off-the-cuff jokes that can be so smart that people don’t realize he’s made a joke until a minute or so later. All of this helps to amplify his thoughts and feelings about life in New York City in a way that only Michael Che can convey.

Part of why the show works so well is that it allows for more thoughtful takes than a show like ‘Saturday Night Live’ can allow for (due to its time constraints and broadcast network restrictions). Since ‘That Damn Michael Che’ was all taped during the extended breaks between ‘Saturday Night Live’ shows, there was more time to write, shoot, and edit the sketches and pieces so that they created a cohesive and more planned out feeling; losing the live element most of Che’s work currently has helped the show find the vision for what he wanted to say. The lack of network restrictions allowed the content to be more mature than ‘Saturday Night Live’ can show and convey more honestly through using language and imagery that broadcast censors would not take so kindly to using.

Michael Che, when left to his own devices, knows how to express sentiments that many have in a way that makes sense to the masses and this show is an illustration of that ability. While it is not necessarily laugh-out-loud funny all the time, it shows off Che’s sense of timing and way of crafting jokes that do not just make you laugh but also make you think deeply. Episode four puts this on display best when taking the closest look at the psyche behind success and fame and the toll it can take on a person, especially on a Black person. If this is what he comes up with for just six episodes, I would be intrigued to see what else he might cover going forward.