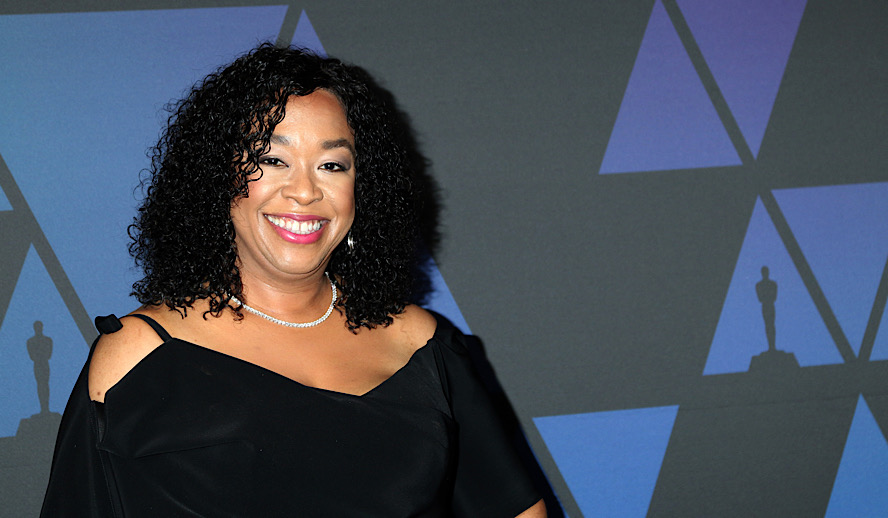 Do you live on planet Earth and/ or have watched television in the last twenty years? If so, chances are you at least know one of the products that have come out of her glorious mind. Don’t believe me? One of the longest-running television shows ‘Grey’s Anatomy’ is her baby. The romantic Regency-era-based binge watch ‘Bridgerton’, yup, also responsible for that. What about Viola Davis’ award-winning performance in the sensation ‘How To Get Away With Murder’? Ringing any bells?

My point is that even if you don’t know the name, you know her work. Rhimes has been at the forefront of several cultural phenomena and her legacy has reshaped television. I know that this is a bit deep into the behind-the-scenes aspects of production, but stick with me. It’ll be worth it to learn more about a woman who is genuinely changing the entertainment industry for the better.

Shonda Rhimes – Who Is She?

Like everyone, the now highest-paid showrunner had to begin somewhere. In her 2015 best-selling memoir “Year of Yes”, Shonda explained where her immense work ethic came from. She writes, “I grew up in a family where hard work was not optional.”

As a shy kid growing up in Chicago suburbs with two parents in academia, Rhimes would entertain herself by creating elaborate stories. She attended Dartmouth intending to become an author, but her course changed when she proceeded to earn her M.F.A. in Screenwriting at the University of Southern California.

“Rhimes later went on to work at Denzel Washington’s company, Mundy Lane Entertainment, spending her time writing several scripts, one of which she sold to New Line Cinema in 1998, and later ones including HBO’s ‘Introducing Dorothy Dandridge’ and ‘Crossroads’, for Britney Spears’ film debut,” wrote Hollywood Insider reporter Christine Feeley.

Soon after, Rhimes wrote a pilot about a female war correspondent that ABC filmed but ultimately never aired. However, don’t feel too bad for her. The next pilot script she wrote in 2005 would go on to be the medical drama which is currently on its 18th season.

“Grey’s Anatomy’, which followed a cohort of attractive, ambitious surgical interns and combined the eternal appeal of a hospital show with a soapy yet self-aware vibe, proved more palatable to the network,” reviewed Time. “As a first-time creator, Rhimes defaulted to her own judgment. That meant color-blind casting—which yielded Sandra Oh as cool, cutthroat Dr. Cristina Yang, the platonic soulmate to Ellen Pompeo’s Meredith Grey—and OR scenes that didn’t shy away from blood and guts.”

After its premiere on March 27, 2005, the show took off. According to Time, the first season’s finale had over 22 million viewers. In 2007, a spin-off series ‘Private Practice’ debuted and ran for six successful seasons. Her fame only snowballed as she continued to create more and more content of which audiences could not get enough.

According to her production company’s website, Rhimes has received numerous honors, including a Golden Globe, the Peabody Award, and lifetime achievement award from the Directors Guild of America, Writers Guild, and Producers Guild. In 2017 Rhimes was inducted into the Television Academy of Arts & Sciences Hall of Fame, and I can’t think of someone more worthy.

While first and foremost Rhimes considers herself a writer, it is not to say that she isn’t incredibly business savvy. Beginning with ‘Grey’s’, Rhimes created her own television production company called Shondaland. In an interview with Variety, Rhimes said, “I guess I have to think of myself as a brand. At a certain point, it became clear to me that the brand Shondaland and the brand Shonda Rhimes — which sounds ridiculous to me — are the same thing.”

Under her and her producing partner Betsy Beers leadership, along with the help of 50 employees, Shondaland has created some of the most popular television shows in the last two decades. It does more than television production though, according to their website’s “About Us” page, “Shondaland.com operates as a part of the Hearst Digital Media Network and is an inclusive destination which features in-depth interviews, emotional and relatable essays, and smart unexpected culture coverage.”

In 2017, Shondaland made an unprecedented move by signing a deal with Netflix to produce content exclusively for the streaming service. After her newly renewed four-year deal, she will make $150 million with a bonus of up to an additional $200 million, making her the highest-paid showrunner on television. By 2020, Netflix released her first Netflix original title, a little show called ‘Bridgerton’. “With ‘Bridgerton,’ 82 million member households around the world watched it in the first 28 days,” Netflix head of global TV Bela Bajaria told Variety. “It didn’t have to be the biggest — but it’s amazing that it was.”

The media mogul has big plans for Shondaland. According to Variety, Rhimes said, “I think part of my ambitions for Shondaland are that we grow as a media company — as a company that encompasses more than just streaming, more than just film and TV. That we are telling stories in all areas and making sure that those areas really reflect how we learned to tell stories over the years — how we learned to be effective with our audience.”

Her Latest Project To Her Lasting Legacy

On February 11th, Shondaland’s newest show ‘Inventing Anna’ will become available on Netflix. The premise follows a journalist investigating the case of Anna Delvey, a woman who convinced New York socialites that she was a German heiress long enough to steal their money. Anna Chlumsky (‘Veep’) will play the journalist while Julia Garner (‘Ozark’) portrays the real-life con artist.

Like many of her shows, ‘Inventing Anna’ (which I’m confident will be a huge sensation) features women at the forefront. Rhimes’ characters are far from perfect, but that’s part of their beauty. They are messy, they make mistakes, but they don’t back down.

By the mid-2010s, the archetypal Shondaland heroine had been created. According to Time, “She was smart, strong, gorgeous, successful and still driven to achieve. Though in most cases she strove to do good, an allergy to failure made her prone to ruthlessness. In its original cultural context—a TV universe heavy on male antiheroes and light on female agency—that version of the Shondaland protagonist felt refreshing.”

These women want things and work hard to achieve them, sometimes hurting people along the way. They love and fight their way through their respective fields as well as their personal lives. One of the characters who fell into this category is Oliva Pope, a star-making role for Kerry Washington on ‘Scandal’. It’s a bit difficult to comprehend that the 2012 show had the first Black woman to play lead in a primetime network drama since the mid-’70s. This in part is because of the ripple effect it had; making way for more leading roles for non-white women to follow her lead.

A Tribute To A Trailblazing Woman In Entertainment

At every level of the entertainment industry, Rhimes has created opportunities for underrepresented groups. “It sounds arrogant to say it, but to me, it makes me sad to have to say it,” said Rhimes. “We changed the faces that you see on television.”

The once timid girl has turned into an iconic woman, transforming from someone who at one point was too shy to sit in her own writers’ room into chillin’ with former first lady Michelle Obama. “At some point along the way, Rhimes became as famous as her stars, and, many say, infinitely more intimidating,” according to Time.

What Rhimes has done is remarkable, whether you’re interested in television production or not. She has carved space, first and foremost for herself as a Black woman, but even further she has extended the opportunities for others like her. “Power is not power if you do not know you have it,” said Rhimes. “I’ve seen plenty of powerful women squander a chance at power simply because they waited for someone else to give them permission to have power.”

Perhaps by some weird twist of fate, you haven’t heard of any of her work. Which is concerning, and also sorry for assuming you have! But do not stress, I guarantee this won’t be the last you will hear of her.