Stuck at Home? Here is a List of Movies/Classics for Your Enjoyment While Social Distancing 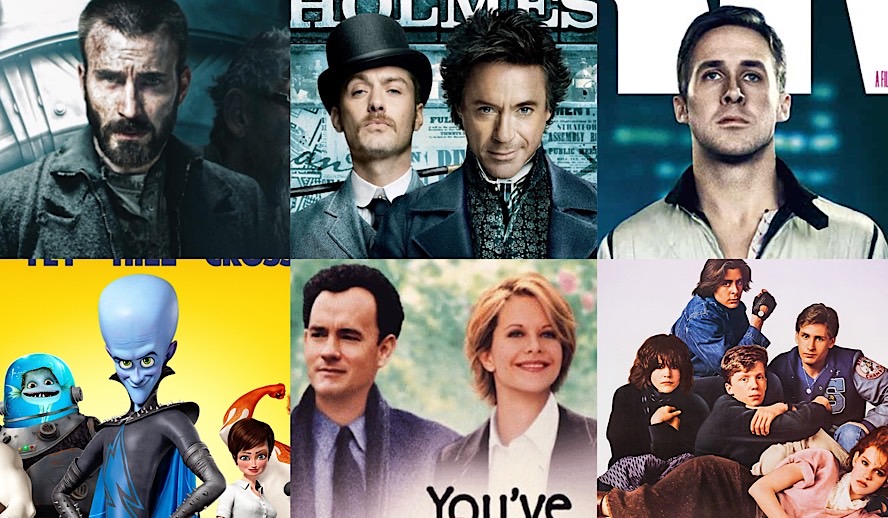 No new movies to see due to theaters being closed? No problem. I’ve got a large assortment of underrated and classic films everyone should rent or stream.

A few pointers before we get into the list:

– Not all of these films are on a streaming service of some kind (ala Amazon Prime, Netflix, Disney+, Apple TV, and Hulu) but they are at least rentable

– This list is just my list. Not the “right or wrong” one. They are films I feel are not as beloved as they should be or are loved but may need to get the dust blown off their covers again

– My criteria are that the films here had to have aged at least 3-5 years to be deemed classics, as brand new films haven’t tested time in any way

With that in mind,  enjoy this varied list of great films:

Imagine a film where over 95% of it takes place in a single room, yet you learn and observe more about the characters’ lives than in many other films. That’s the brilliance of Alfred Hitchcock. An injured cameraman confined to his bed near the window of his apartment blurs the line of observer and stalker while uncovering a possible murder across his apartment complex. Compared to some of Hitchcock’s other masterpieces, this one comes off a little more lighthearted, perfectly blending thrills and mystery with the charm and humor of peak James Stewart.

A cult classic that heads a decade filled with teen-centric films, John Hughes’ best work here needs to be seen by all generations. And in a world where everyone is quarantined, this teen comedy-drama might be especially effective today.

It doesn’t get better than a cat-and-mouse chase between Harrison Ford and Tommy Lee Jones. Yet the story told in this thriller adds blood-pumping action sequences and surprising twists to its already attractive premise, making good on what The Fugitive sets out to accomplish.

Related Article:  A Tribute To The Academy Awards: All Best Actor/Actress Speeches From The Beginning Of Oscars 1929-2019 | From Rami Malek, Leonardo DiCaprio To Marlon Brando & Beyond | From Olivia Colman, Meryl Streep To Bette Davis & Beyond

I’m not much of a Rom-Com guy. But there are two or three that are genuinely smart, funny, and relatable. You’ve Got Mail is one of those. As a family, this is the film we watched together every year (happens when you have seven sisters like myself). And I eventually came around and realized just how golden Meg Ryan and‌ Tom Hanks actually are. And the NYC setting is the icing on the cake.

Emperor’s New Groove is my favorite Disney film, bar none. Yes, I said it. I can recite every line of this comedy from memory, which shows how much I’ve seen it. If dry, sarcastic humor is your type of comedy, then this is the film for you. I’ve learned people either adore this film like myself or have never heard of it. Regardless of the camp you’re in, this is a must-have when stuck at home.

If The Emperor’s New Groove is the older witty child while Ocean’s 11 is the popular and cool youngest child, Napoleon is that odd middle child that not everyone will love. I get it, it takes a special kind of someone to become accustomed to the weird atmosphere of Dynamite, but trust me: go in with an open mind, and your life will be changed.

Meryl Streep, Anne Hathaway, and Emily Blunt equals yes, yes, and more yes. Based on the novel of the same name, this is a perfect film to watch at home. Don’t believe me? Just ask John Krasinski who’s watched it over 70 times (he may be just a little biased). Also, the story’s backdrop of the fashion industry is refreshing, allowing for a style and humor rarely seen in drama-comedy type films.

Unpopular opinion: Robert Downey Jr’s Sherlock Holmes > Benedict Cumberbatch’s Sherlock Holmes. I love them both, but there is something so unique and odd about RDJ’s take on the detective that I keep coming back to. I’ve seen many different adaptions of the iconic character, and RDJ’s is the only one I haven’t gotten tired of yet. Weird huh?

Of all the Scorsese-DiCaprio films, Shutter Island may be the most packed and emotionally dense of them all. From loss and mental health, Island is re-watchable for those very reasons alone. The game-changing twist with the film’s final line makes you examine everything that has been placed before you with a different perspective. Shutter Island is thematic storytelling at its best.

Third and likely final unpopular opinion: Megamind is better than Despicable Me. Two films about a villain turned hero in 2010. The latter is great for young audiences, with sweet and fun moments, but as you get older, the themes and more adult references in Megamind take hold and you come to realize which film is actually timeless.

When you choose style over substance, it doesn’t normally bode well. Well, it does when you have Ryan Gosling riding along as a getaway driver who almost never speaks a word in the entire film (I’m exaggerating, but if you’ve seen the film, you get what I mean). We are able to understand the anti-hero through the literally perfect soundtrack and simple facial expressions Gosling is able to emote with. Do yourself a huge favor and check out this neo-noir LA set film.

Easily the most original and innovative sci-fi film I’ve seen since arguably Blade Runner, Bong Joon-Ho’s best film is not Parasite (though also fantastic) but is indeed this literal train-ride of a film. Despite the narrow storytelling structure, the story of the poor and belittled rising up to make their way through each class of citizens on a train was genius and tackles ideas prevalent in today’s society. I could just pile more and more praise on Joon-Ho and you all take my word for it, but then again, you could just watch the movie and find out for yourself (especially if you have Netflix).

La La Land is awesome and one of the big 2016 films. But then there’s the UK musical-esque film, Sing Street, which was original but overlooked. I listen to the soundtrack more than La La Land‘s and can be whisked away to a dream-like story of a young teen who starts a band with his schoolmates in 1950s Ireland just as easily as I can the bright lights of LA. It may not have gotten the awards nor the recognition, but that is exactly why Sing Street will become a true cult classic.

Wait, Ryan Gosling and Russell Crowe make for the best odd-couple of the 21st century? Yes, and they are absolute money together in this 70s neo-noir crime-comedy film. The two bounce of each other with ease, spawning a relationship that can’t be compared. Gosling never talks in Drive? Well, he never shuts up in The Nice Guys, perfectly playing the funny private eye to Crowe’s overserious private enforcer of sorts. The Nice Guys didn’t gross much at the box office, which was a crime, and is likely the reason we didn’t get a much-deserved sequel. This one will have to do, and that’s enough for me.

And, of course, you also have Hollywood Insider’s 2 hour compilation of all the BEST ACTOR & BEST ACTRESS Oscar Speeches from 1929- 2019 that you couldd watch in one sitting – just click here.

There you go. Enjoy those films while we’re all tucked away trying to make it through a very different season (understatement) than normal. I know I’ll have each of them on my TV at least once.