‘The Fresh Prince of Bel-Air’ Reunion: All the Secrets, Nostalgia and Heartfelt Healing by Will Smith & Team 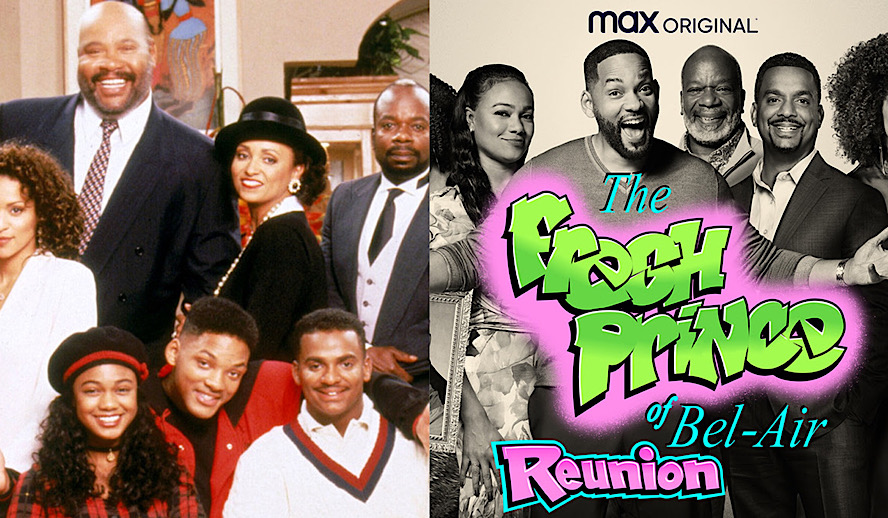 A Much-Anticipated Reunion Filled with Nostalgia

HBO’s latest hour-and-a-half special, The Fresh Prince of Bel-Air reunion, debuted this past Thursday, November 19th. Taped to mark the 30th anniversary of the hit ‘90s sitcom, the reunion reunites nearly all of the show’s actors (with even a couple of surprise guest appearances), hosted by the show’s star Will Smith. Showing fascinating behind-the-scenes footage, as well as notable Fresh Prince moments, the reunion acts as a kind of highlight reel celebrating the show’s success, providing visual examples that drive the actors’ discussions, as well as satisfying displays of nostalgia, laughs, and emotional moments that will likely leave viewers in tears, especially those who grew up watching the show.

Filmed on a set that perfectly recreates the show’s iconic living room, the reunion reunites most of the original cast, where the longtime friends embrace and reminisce on their shared Fresh Prince experiences. The actors’ chemistry with each other, still strong after 30 years, is simply a joy to watch. Even the show’s iconic intro, with Smith pulling up in a yellow taxi outside the Bel-Air mansion, is briefly recreated, giving the Fresh Prince reunion an immediate sense of nostalgia that will surely delight fans of the show. The cast looks back on their comradery, their familial bonds with each other, and attributes the show’s success to their natural shared chemistry, with the reunion peppering in appropriate clips from the series to further illustrate this point. Karyn Parsons (Hilary Banks) at one point marvels on the cast’s strong friendships, warmly calling her co-stars her family: “it was such a fast family…you have fast friendships…we had a really fast family.”

‘The Fresh Prince of Bel-Air’ = ‘Revolutionary, Hilarious, and Poignant’

When asked to describe Fresh Prince in three words, Will Smith confidently deems it as “revolutionary, hilarious, and poignant,” and for good reason. On the air for six seasons (1990-1996), nominated for multiple awards (including Golden Globes), and admired by generations of viewers, Fresh Prince has indeed left an undeniably revolutionary mark on television. Alfonso Ribeiro (Carlton Banks) notes how Fresh Prince was only one of three Black television shows on the air at that time, and how the show’s Black cast was able to use their diverse voices to give traditionally white Hollywood writers a genuine perspective of the Black community, resulting in a narrative and family dynamic that felt real. Smith elaborates further how part of the show’s power lies in its ability to convey real truths behind its jokes and comedy, such as its references to systemic racism, an issue that is unfortunately still prevalent to this day. Concerning racism and oppression in today’s society, Smith sadly notes how “[Fresh Prince] is as relevant today as it was 30 years ago, unfortunately.”

At the top of the reunion, the cast recalls their memories and excitement of filming the pilot, providing a hilarious insight of Smith unintentionally mouthing along with everyone’s lines. Smith attributed this odd, early habit to nerves and his overwhelming excitement for the show (the reunion even provides clear, and hilarious, examples of Smith unintentionally doing this throughout several episodes, a quirk which many fans likely never noticed before). Smith laughs off this realization, explaining “I knew everybody’s lines. I would have played Uncle Phil. I could have played Aunt Viv…I knew everybody’s words.” While serving as an amusing bit of history, this interesting fact additionally displays Smith’s commitment to the show and his yearning for its success, impressing the viewer with his serious dedication to an otherwise “goofy” role.

The Reunion Provides a Rich and Detailed History of Fresh Prince

The reunion does a great job showing behind-the-scenes content fans of the show may not have otherwise seen, such as the cast looking back on their first auditions for the series. They watch Ribeiro’s overly confident, and admittedly rough, Carlton audition, prompting everyone to laugh and Ribeiro himself expressing comical disbelief at having landed the job at all. The reunion also provides context into Daphne Reid’s (Vivian Banks) initial disinterest in the show, her later realization of its greatness, and being eventually cast as part of the on-screen family. Notable highlights include Smith’s wild experiences with Quincy Jones (Executive Producer for Fresh Prince), his spontaneous “audition” for the series at one of Jones’ parties, and a discussion on the inspiration behind the show itself.

Without giving away too many details, there’s even a touching exchange between Janet Hubert (the “O.G. Aunt Viv”) and the rest of the cast, many of whom hadn’t seen her in years, which provides further context into her sudden and infamous exit from the show after its third season. Other notable revelations include Ribeiro’s thought process during his creation of the “Carlton dance,” Tatyana Ali’s (Ashley Banks) memories of growing up on the show and how it ultimately shaped her life, DJ Jazzy Jeff’s (Jazz) behind-the-scenes insights into his character’s famous gag of being thrown outside by Uncle Phil, a cerebral discussion of the cast’s exploration of space while on set, how certain days of rehearsal helped them shape the show’s characterization, as well as a discussion on the deeply layered and comedic chemistry between Smith and Ribeiro, which they shared throughout the entirety of the show.

A Heartfelt Tribute to the Late James Avery

The reunion’s most heartfelt moments are undeniably the ones associated with James Avery, the actor who played Philip Banks, a.k.a. “Uncle Phil.” Having passed in 2013, Avery’s absence in the reunion is deeply felt by the rest of the cast. During one segment, the cast is shown a moving video tribute highlighting Avery’s many contributions to the show, the actor displaying mastery of both comedy and drama. Watching the cast struggle to keep their composure, overwhelmed by their tremendous and collective feeling of loss, is both deeply moving and devastating to watch, with the viewer likely to shed tears of their own at home. Tatyana Ali recalls their script note sessions, where she learned, from Avery’s influence, that their character roles were more for the audience than themselves, with the ultimate goal being to bring dignity to the roles, in addition to “…represent, to expand, to push forward, and I [Ali] learned that here at his [Avery’s] feet.” The cast recalls their warm memories of Avery, noting his undeniably large influence on the show and its characters, and most importantly on the actors themselves. Ali powerfully credits Avery as her teacher and father-like figure, attributing his guidance for her own growth as an artist. A powerful performer with a large stage presence, Avery is lovingly described by the cast as a deeply passionate actor, an artistic soul, and an incredibly inspiring friend and mentor.

An Iconic Show That Will Likely Live On For Generations

If nothing else, this reunion cements the show’s status as an iconic, refreshingly diverse, and simply hilarious series that is likely to live on for generations. Full of surprisingly deep insights, rewarding character explorations, and heartfelt reunions, The Fresh Prince of Bel-Air reunion is a worthy hour-and-a-half special that is sure to entertain both long-time fans as well as newcomers to the show. Streaming now on HBO Max.

“I think the continuing legacy of Fresh Prince will simply be that we changed television in a positive way, and that we will go down in history as one of the best to have ever done it.” – Alfonso Ribeiro