Get Uncomfortable: ‘Curb Your Enthusiasm’ Is Back For Season 11 With the Ever-Amazing Larry David 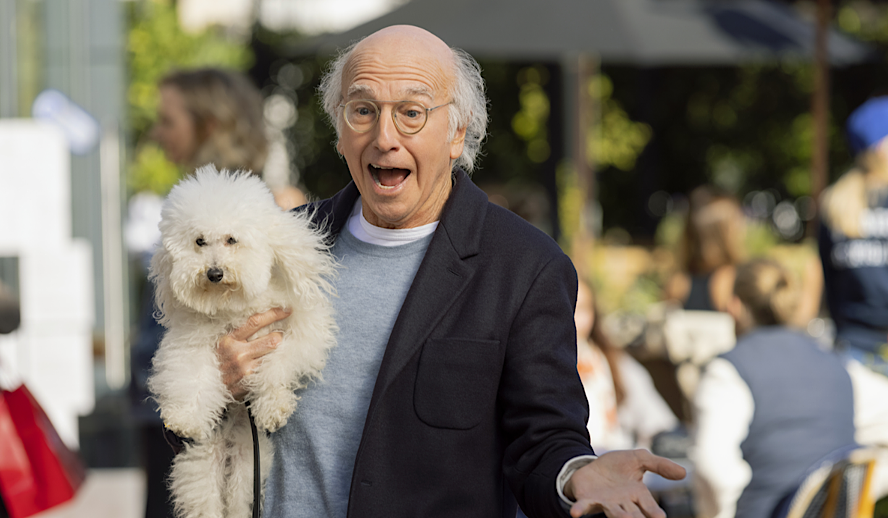 Cue the theme song because Larry David is back with the eleventh season of ‘Curb Your Enthusiasm’. ‘Curb Your Enthusiasm’ follows a fictionalized version of comedian Larry David as he struggles to exist in this complicated world. The series has received much acclaim during its long run, being nominated for forty-seven Primetime Emmy Awards. The series is so popular because of how it perfectly blends misery with comedy and this is especially seen in the newest episode, ‘The Five-Foot Fence’, which really tests Larry David’s luck.

‘Curb Your Enthusiasm’ – Misery and Comedy

There’s an age-old belief that misery loves comedy, that all comedy comes from suffering. This suffering can either come from the one telling the joke or the one receiving the joke. In terms of ‘Curb Your Enthusiasm’, the misery always comes from Larry David. ‘The Five-Foot Fence’ is perhaps the most miserable episode in the series’ run and no, this is not a bad thing. The episode isn’t miserable in the sense that it’s dreary or unwatchable, it’s miserable in the sense that you don’t know whether you should laugh at Larry’s pain or feel sympathy for him.

‘The Five-Foot Fence’ is an episode that will make you both feel for Larry and laugh at just how ridiculous his luck becomes. From Susie’s (Susie Essman) plopping on the couch causing Larry to spill his wine to Larry trying to get a friend with early-onset dementia (John Pirruccello) to remember that he owes him six thousand dollars. Moments like this lead to some of the funniest moments in the season premiere, making the audience cringe and laugh at the same time. Part of the humor really comes from the reactions the actors have to these cringe-inducing scenarios. In the season premiere’s strongest bit of physical comedy, Larry David walks into a glass door similar to how a pigeon flies into a window. While seeing Larry crash into a door is hilarious, the joke is only made more cringe-inducing by everyone acting as if Larry had a heart attack (Albert Brooks: “did you get an MRI?” is an episode highlight).

Larry David isn’t the only character who experiences misery in this episode. Legendary comedian, Albert Brooks, makes an appearance as himself as he plans a funeral for himself despite being alive (he just wants to see what people would actually say at his funeral). While funerals are inherently a miserable setting, Albert Brooks treats his fake funeral like a hidden camera prank show, hiding in his room as he watches the hidden cameras, listening to what his guests are saying about him. Things soon turn sour though when Larry looks for a bathroom only to discover a closet full of hand sanitizer and toilet paper, revealing Albert to be a “Covid hoarder”. This ruins Albert’s fake funeral since everyone now throws insults at Albert instead of praise. Even ‘Mad Men’ actor, Jon Hamm, joins in on the shaming. This subplot is hilarious thanks to Albert Brooks’ mere presence. Brooks fits into the world of the series so well that it’s a shock that he hasn’t been on the show before like his late brother who he pays tribute to, Bob Einstein.

What’s Next This Season

The episode starts with Larry discovering a dead body in his pool late at night. The body is actually that of a thief who tripped and fell in Larry’s pool. The issue (other than the attempted robbery) is that Larry didn’t have a fence surrounding his pool which is apparently a law in California. Larry is soon threatened by the thief’s brother, Marcos, (Marques Ray), that he’ll sue Larry over not having a fence unless Larry casts his daughter, Maria Sofia (Keyla Monterroso Mejia) in his upcoming sitcom. Larry’s new in-universe sitcom, ‘Young Larry’, is picked up by Netflix and follows Larry’s mid-twenties as a working class struggling comedian. Larry has Maria audition for the show and after an awful reading of her lines, Larry reluctantly casts her in the show.

It seems as though much of this season will be about Larry’s efforts in making his show while trying to keep his deal with Marcos. As we can see by Maria’s audition, she is not a great actor (or even a good actor) so Larry will have to weasel his way with Netflix to keep her on the show to avoid getting sued. Maria is also such a bad actor that she has the potential to completely ruin ‘Young Larry’ for everyone involved. After the odd focus of last season with the Spite Store subplot, where Larry opened up a spite store next to a shop with a wobbly table, this season’s apparent focus on a new creative project is a refreshing change. With this season focusing on a new project for Larry David, the show returns to its roots by exploring the comedy writing of David. The season also focusing on this ‘Young Larry’ subplot gives room for more uncomfortable comedy to come.

‘The Five-Foot Fence’ is a great season premiere for ‘Curb Your Enthusiasm’. The episode has the perfect balance of humor that makes the audience cringe into their couch and makes the audience feel sympathy for Larry (I mean, six thousand dollars is a lot of money to owe to someone). The episode is a great return for series favorites, highlighting their great attributes, from hearing Jeff Garlin’s inappropriate laugh at the funeral to Susie’s constant plopping. This isn’t to mention the great guest spots from Albert Brooks and Jon Hamm who provide some of the biggest laughs in the episode thanks to the “Covid hoarder” scene. ‘The Five-Foot Fence’ also gives some hints on what is to come with the rest of the season, from the bribery to Larry’s newest project. Overall, ‘Curb Your Enthusiasm’ starts strong for its eleventh season thanks to the misery it puts our hero through.

‘Curb Your Enthusiasm’ is available to stream on HBO Max