The Winner’s Journey: Phoebe Waller-Bridge Is One Of The Most Brilliant Entertainers Of Today 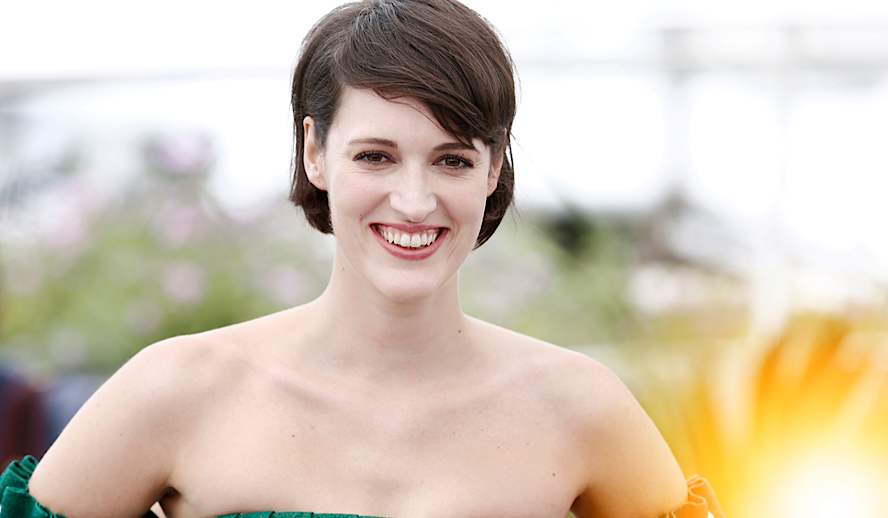 There are a lot of well-written television shows available nowadays. There are many well-directed television shows available. There are a lot of well-acted shows, too. But rarely do you find a show that is both well-written, well-directed, and well-acted by the same person. Very few people in the entertainment industry can do this, but there is one individual who does this spectacularly: Phoebe Waller-Bridge.

The Winning Aspects of Phoebe Waller-Bridge:

Phoebe Waller-Bridge is probably best known for the projects she has written both on stage and on screen. She wrote the play ‘Good. Clean. Fun’ which was performed at the Soho Playhouse in London. She also has written several other successful television shows. She was briefly a writer on the show ‘Drifters’ before writing her own comedy miniseries ‘Crashing’ about a group of six friends living together as property guardians, with some saying the short-lived show was like a darker, British version of ‘Friends’.

The show where she became known in the United States was for her adaptation of the ‘Codename Villanelle’ novellas for BBC, where she was both the head writer and showrunner for the first season and is still an executive producer: ‘Killing Eve’. Waller-Bridge, when discussing writing the first season with Variety, said, “There was a meeting at one point where someone actually said, ‘We can’t have too many women,’ meaning it will look unbelievable. I was like, ‘What the f— are you talking about?’ Not if it’s written well and shot well.” She revolutionized the spy-thriller and cat-and-mouse genre with ‘Killing Eve’ which was just announced to be ending after season four.

She also wrote a one-woman show that was so successful she adapted it into two seasons of a television show and a live recording of the theatrical performance, both released on Amazon Prime. That show? None other than the tour de force known as ‘Fleabag’ which earned her three awards for the stage production and ten more awards for writing and producing the television series across its two seasons. ‘Fleabag’ is semi-autobiographical, getting its name from her real-life nickname, and focuses on her figuring out her sex life, family life, grief, and faith. When coming up with this character for her monologue and television show and the decision to not actually give her a name, Waller-Bridge said, “I liked the idea of withholding some of that mystery. That word, ‘fleabag,’ that felt right, because there’s a messy connotation to it.”

When it came to continuing the show after season one she told Jimmy Fallon, “I was very smug about not coming back because I thought I had a lot of artistic integrity in not coming back after the first season. Because the first season had a proper ending in my mind. It was based on a play and it was adapted to the same ending. I felt like, in the first season, it was the most interesting version of that girl’s story we were ever gonna hear.

Unless I can reinvent a reason for why she talks to the camera again, I can’t see how I can justify coming back because the whole point of the first [season] was she had this front and this persona to the camera until this secret was revealed and then she’s kind of shy. When I came up with the trick of another character seeing that she looks to the camera, that’s when the whole thing cracked open again.”

While Phoebe Waller-Bridge has become known for her writing, she has spent the majority of her career acting. One of her biggest early acting roles was on the second season of ‘Broadchurch’ as a barrister in the murder trial that season focused on. She has also had small roles in films such as ‘The Iron Lady’, ‘Goodbye Christopher Robin’, and ‘Solo: A Star Wars Story’. Waller-Bridge most recently had a recurring role on the one-season HBO series ‘Run’ where she was also an executive producer. She also had a recurring voice-acting role on the HBO adaptation of ‘His Dark Materials’ as daemon Sayan Kötör. She has also done a lot of stage acting, but the majority of her acting roles have been for television, especially in projects she is a producer for.

Of course, her biggest role to date is for her television adaptation of her play ‘Fleabag’ where she portrayed the titular character. Portraying this fictional version of herself garnered her 16 acting nominations and 11 wins across the two seasons. Especially in season two, she showed a masterclass in how to portray grief and questioning faith through humor. There is one particular scene in season two where Fleabag is in a confessional (for reasons that would spoil the show) and in this single three-minute scene she manages to express grief, confusion, and frustration in the most heartbreaking yet relatable fashion.

Waller-Bridge always seems to have a certain confidence about herself when she acts even when portraying characters rooted in insecurities. When asked about this, she said “I think confidence can be tied to permission. If you feel you have a place somewhere, you are more likely to assert yourself. Assertiveness isn’t a quality women are traditionally taught to possess and there are lots of professions where a woman can feel like a trespasser. When I met Vicky Jones (director of the play version of ‘Fleabag’), she inspired me to stop apologizing for wanting to be the kind of actor or writer that I wanted to be.”

After the success of ‘Fleabag’, Phoebe Waller-Bridge could open just about whatever doors she wanted. She has since signed a deal with Amazon Prime reportedly worth $20 million a year. Her first project with this deal pairs her back up with her ‘Solo: A Star Wars Story’ co-star Donald Glover (who has his own deal with Amazon Prime) to make a television series version of ‘Mr. and Mrs. Smith’ which the pair will be both starring in and producing and is expected to drop some time in 2022. Her project releasing the soonest is a fairly sizable project that has been delayed twice: she is one of the writers for the new James Bond film ‘No Time To Die’. If this is where her career is taking off then who knows where she will go next.