‘Outsiders’ Also Knows As ‘No Running’: An Important Message Regarding Implicit Racism 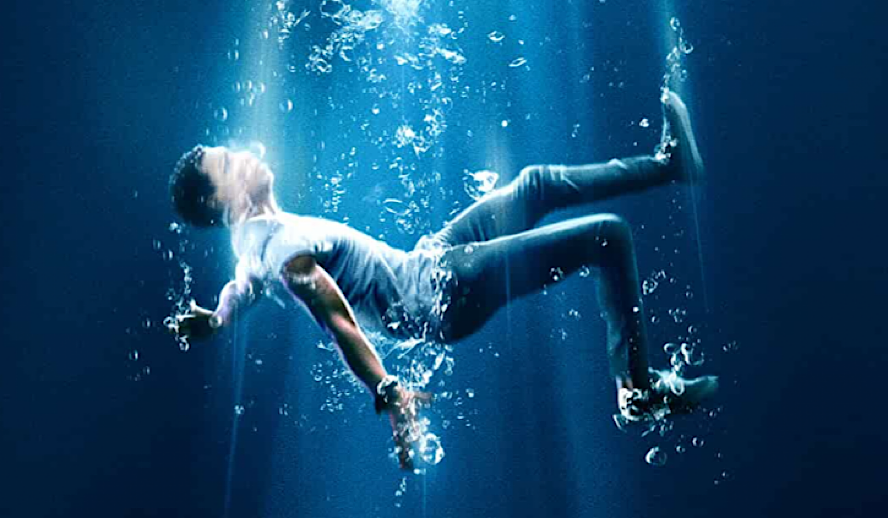 Note: ‘Outsiders’ is also known as ‘No Running’

As a genre, horror serves as a reflection of societal fears at the time. Trends in what horror deems to be scary can be traced back to global events and societal influences. During the Cold War, alien invasions and science fiction were popular in horror films, as people feared outside forces and harmful scientific advancement. In the 1980s, vampires had a resurgence, serving as a reflection of the AIDS crisis, representing the fear of infection through blood and intimacy. Trends in horror are constantly changing to reflect modern fears.

Today, one of the biggest influences on horror is racism and prejudice. Jordan Peele is arguably the best-known name in social-conscious horror, with films such as ‘Get Out’ and ‘Us’ acting as both horror films and social commentaries on living in America as a Black person (‘Get Out’ in a direct sense, and ‘Us’ as subtextual context). The 2020s is a decade of calling attention to prejudice and standing up for what’s right, and modern horror shows just how prevalent this is. Delmar Washington’s feature directorial debut ‘Outsiders’ goes to prove this. While ‘Outsiders’ is not a traditional horror, it is a sci-fi thriller about what it means to be Black today.

The Beginning: A Slice of Life

Teenager Jaylen Brown (Skylan Brooks) was just a regular kid at the beginning of the film. The film establishes a very mundane life for Jaylen, he fights with his older sister for power over the bathroom and entertains his baby sister over breakfast. He does part-time work after school and steps up to take responsibility when his mom goes to night classes. The biggest horror elements at the beginning of the film are off-handed mentions of Jaylen’s nightmares and ominous news on the radio in the background.

Jaylen and his sister, Simone (Diamond White), attend a Halloween party before the sci-fi aspects kick-off. On the way to the party (they forgo driving in favor of boating from the lake house to lake house), the pair provides exposition. Their lives aren’t perfect, they moved to a new town after an incident between Jaylen and their abusive stepdad and their family is the only people of color in the neighborhood, all the way down to the house they live in, which is owned by their white aunt. Still, they proceed as normal teenagers, looking to see their friends and have some fun on Halloween, and that’s exactly what they do… until the aliens come.

Aliens, the Police, and a Race Against Time

When Jaylen’s girlfriend, Amira (Clark Backo) is abducted by aliens, he immediately tries to save her. He tells everyone what happened and searches for a solution, but, in his predominantly white town, everyone assumes that Jaylen is the one who killed her. The school system and the police department are quick to draw the conclusion that Jaylen must be dangerous and view him as the only possible suspect. The corrupt systems in power give Jaylen no chance to prove his innocence and commence a search, aiming to find and arrest Jaylen.

Jaylen’s goal of rescuing Amira is complicated by his need to avoid the police and stay hidden, but that doesn’t stop him from trying. The film is incredibly suspenseful as Jaylen finds himself in sticky situations, narrowly avoiding capture as he searches for clues. Although aliens took Amira, the police department is the primary antagonist in the story. Jaylen was always sympathetic, even if the steps he took to clear his name were morally gray.

‘No Running’ – A Powerful Message about Racial Bias

The viewer stays with Jaylen throughout the duration of the film, making the racism he experiences all the more impactful. We know from the beginning that Jaylen is innocent and see those he trusted turn against him as they succumb to racist assumptions. The entire town assumes Jaylen is a cold-blooded killer, but as the viewers, we know the truth. Jaylen is not a criminal, in fact, he’s doing all he can to solve the mystery of Amira’s disappearance. Jaylen’s best friend, Trevor (Hart Denton), even began to believe that Jaylen may be guilty, stating that it is reasonable for people to assume the worst of him.

The violence in the film is shocking at times, but never unjustifiable. Trevor lures Jaylen into a trap, aiming to attack him with a group of jocks. The former police chief drunkenly fires a shotgun at Jaylen, and Jaylen flinches whenever he interacts with the police, even before Amira’s disappearance. This is a look into what it means to live as a Black man in America, especially in predominantly white areas. It’s uncomfortable and hard to watch, but it’s reality. Just because the truth is ugly doesn’t make it any less true.

What Worked, What Could Work Better

Skylan Brooks gave an impeccable performance as Jaylen. Despite his young age, Brooks is a seasoned actor and no stranger to stardom. Brooks gave so much life and emotion to Jaylen even in mundane scenes. The film was beautifully shot and looked like a fresh take on classic sci-fi. The film was colorful, but the colors were muted; It was the perfect combination of 80s science fiction influences and a reflection of the grim reality of the film. The premise, actors, and cinematography all combined to create a strong film.

Because the aliens are not the primary antagonist of the story, the lore surrounding them was not as strong as I’d want it to be. We follow Jaylen as he attempts to solve the mystery of the aliens, but never reaches a conclusion. I was invested in each step on the way to piecing together the puzzle and was disappointed that I didn’t get to see the final picture. This, however, is only a small complaint and does not take away from the film’s overall effectiveness. ‘Outsiders’ is an interesting, investing film with an important message, a single con, lack of alien lore is nowhere near overtaking the long list of pros.