Outsider Horror: ‘Get Out’, ‘The Stepford Wives’, and ‘Rosemary’s Baby’ 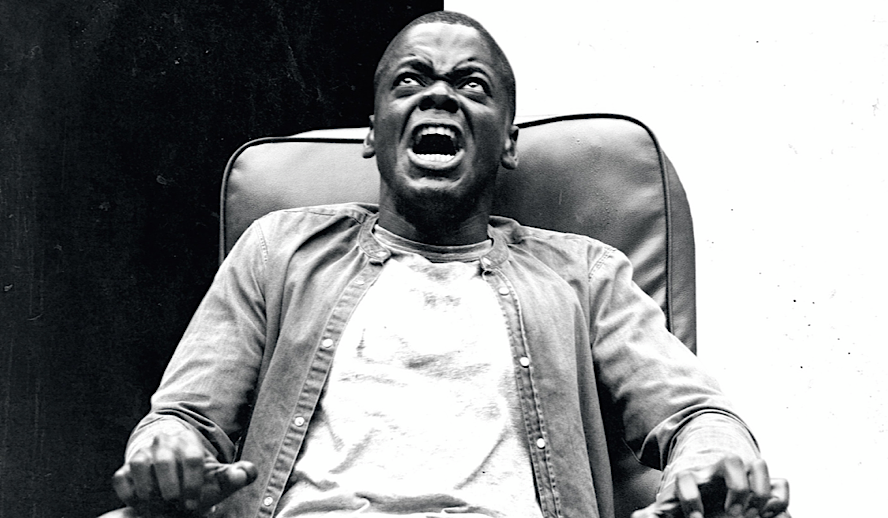 There’s nothing more horrific than social isolation: what movies embody the inherent fear of being an outsider?

‘Rosemary’s Baby’, released in 1968 and directed by Roman Polanski, is one of the most culturally iconic and referential examples of Outsider Horror. Starring Mia Farrow as Rosemary Woodhouse, Polanski crafts an image of female isolation as she descends into uncertainty over everything and everyone around her after moving into a new apartment building with her husband, Guy (John Cassavetes).

The film begins and ends with Rosemary at the uncertain center, as the environment around her shifts almost imperceptibly. Her neighbors, the smothering Castavets, are an ever-present entity in her life, and her husband Guy is increasingly dismissive and inattentive as he focuses on his recently-thriving acting career. Rosemary, a housewife, is almost completely isolated from anyone else, and this leaves her totally surrendered to their influence.

Rosemary is a woman who is consistently used and abused for the means not only of an evil, esoteric few, but of her beloved husband and partner. As she grows more and more suspicious in regard to her treatment, all forces – including him – work to degrade her resources, identity, and autonomy. None of this is to mention the irony behind Roman Polanski’s involvement, but that’s a discussion for another article.

By the release of the book by Ira Levin in 1967 and the movie in 1968, the second wave of feminism had already emerged, and several issues were at the forefront: sexuality, family, and bodily/reproductive autonomy. Rosemary represents a pitiful expression of this movement as a woman whose body is completely appropriated, whose feelings are constantly dismissed, and whose loving husband is complicit in the madness of her suppression.

There is something deeply disturbing and painfully exploitative about sacrifice, that goes without saying, but this facet of Outsider Horror that burrows into the very root of fear and suspicion: the ultimate betrayal of the partner’s complicity. Within the context of this film, Guy and his ambitions act as the inciting factor for Rosemary’s pregnancy, and his collaboration with the cult and the Cassavetes is what leaves her ultimately, horrifically abandoned. All in all, ‘Rosemary’s Baby’ should be the first step for anyone seeking to understand the composition of great Outsider Horror.

‘The Stepford Wives’ is an oft-forgotten satirical psychological horror film of the ’70s starring Katharine Ross. Another commentary that bloomed within Ira Levin’s mind only a few years after the enigma of ‘Rosemary’s Baby’, this story delves into some of the same cultural themes of female exploitation as its predecessor through a more vibrant, comedic lens.

When the Eberhart family moves to a small suburb, ‘Stepford’, a young wife and photographer Joanna Eberhart is stunned to realize that the other wives are not the liberated women that she might have hoped to meet, other than a small, trusted few, notably Bobbie, played by the vibrant Paula Prentiss. Meanwhile, the husbands are all bonded together by the local Men’s Association.

As Joanna attempts to create a liberation group for the women of Stepford, she realizes that they are all much more concerned with cooking, cleaning, and the best products for doing such activities than talking about their husbands, thoughts, or feelings. The wives of Stepford are a vision of virtuous womanhood: demure, submissive, and ready to please. Not to mention, they are all beautiful, dressed in the ideal attire for a 50’s housewife, and always smiling.

One by one, the untainted wives begin erupting into full Betty Draper levels of indoctrination within this same blueprint of the traditional feminine. Joanne delves into the roots of this strange behavior and soon realizes that she herself is being inadvertently prepped for this horrific sorority by the corrupt Men’s Association. This comes to a head in the final act, as she discovers Bobbie as wholly conforming as the other housewives and suddenly much more complimentary of Stepford. In the end, Joanna is replaced by a quieter, bustier version of herself, with only her eyes to represent the last real pieces of her identity. While this happens at the hands of the Men’s Association, it is at the will of her husband, who has seemingly been enlightened by the other men to the benefits of having a ‘Stepford’ wife.

Joanne maintains strength and conviction throughout the entire film, and that’s what makes her demise so disturbing. As an empowered woman seeking to build a support system of empowered women, she represents a powerful purpose of the feminist movement. Because of this, her ultimate disembodiment at the hands of a male-dominated coalition is as raw of a commentary as one could hope for in this intersection of sexism and horror.

‘Get Out’ is one of the most recent examples of Outsider Horror for obvious reasons, in that it puts focus on the idea of ‘us versus them’ through the perspective of race, and the subsequent tension that stems from it. Writer and director Jordan Peele masterfully intertwines the nuances of his sociocultural commentary with the eerie, winding narrative of this horror film.

When Chris (Daniel Kaluuya) visits the white, affluent family of his girlfriend Rose Armitage (Allison Williams), he is understandably concerned about their attitude towards people of color. While the Armitages (played by Bradley Whitford and Catherine Keener) are seemingly well educated and intentioned, they and their friends make increasingly disconcerting comments about Black people, seemingly under the guise of giving a compliment or expressing interest. Chris, experienced with latent, ‘unintentional’ racism, brushes this off in order to give them the benefit of the doubt.

While this film is wrought with the mundane horror of microaggressions, passive bias, and other -ing at the hands of his seemingly woke potential in-laws, it devolves into absolute horror. Yes, you guessed it, there is that dreaded realization that all protagonists of Outsider Horror must have: the willingness of your supposed loved ones to kill you for selfish, nefarious means. When Chris finally tries to leave, Rose, who was up until now his confidant and supporter, reveals the sinister truth of her complicity. This severs Chris from the outside world, and leaves him isolated for whatever terrible fate they have planned for him.

Soon, we find that their motive is somehow even worse than pure slavery, if you can believe it. The esteemed Armitage family is engaging in the complete appropriation of black bodies, a twist that is reminiscent of ‘The Skeleton Key’ and an effective metaphor for the powerlessness of being marginalized. Peele weaves subtle manipulation into every shred of dialogue, and it gains more clarity after every viewing.

In the past 10 years, critical ideas about race, culture, and systemic oppression have come to the forefront of social conversations more than ever before. In studying themes of hyper wokeness, performance, and complicity, ‘Get Out’ is one of the most intriguing horror films of the past decade.

Though ‘Get Out’ (2017), ‘The Stepford Wives’ (1975), and ‘Rosemary’s Baby’ (1968) are all unique, not only in their execution but in their respective social commentaries and symbolism, they each express a specific subgenre of horror that taps into something innately human: the fear that the signs of our demise were there the whole time – in our environment, our supposed friends, our lovers – we just didn’t notice them.