Aged-Up Casting: The Problem With a Grown Adult Portraying a Sixteen-Year-Old 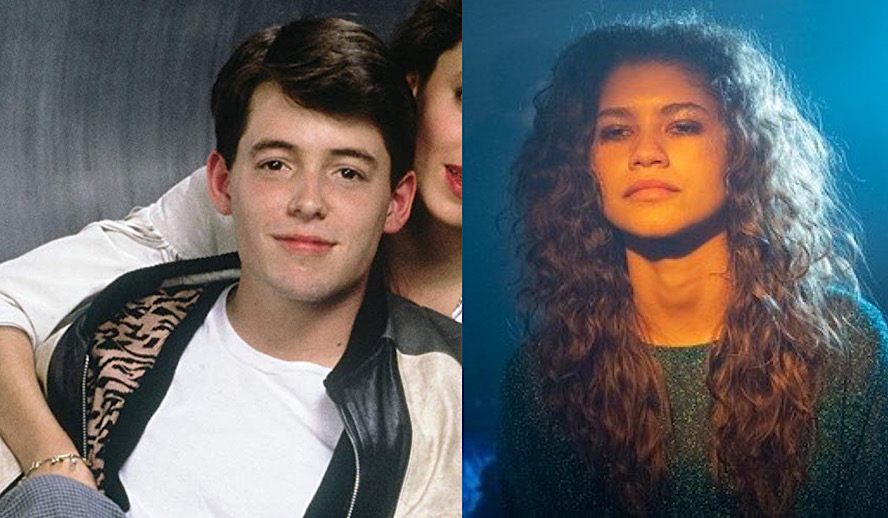 A beautiful woman stands in her bedroom, preparing for the day: trying on her clothes, getting ready to face whatever comes her way, probably set to a kitschy song in the background to make a glamorous montage. You’re trying to decide whether she’s the corporate lawyer or quirky barista type when she slings a backpack over her shoulder and, to your horror, calls out a goodbye to her mother, promising to be home by curfew. This can’t possibly be a high schooler, right? I’m supposed to be older than her?

Related article: Nepotism Is Hollywood’s Killer Problem: The Age of Casting Your Own Children Is Plaguing the Entertainment Sector

Casting an adult in the role of a high schooler is the tale as old as time in Hollywood circles, an outdated tradition still being practiced with little to no repercussions for the studios themselves. The casting directors often find justifications for these choices with ease, arguing that the script or subject matter calls for an aged-up actor, but in the generations of children who have grown up worshipping the television there becomes a serious issue of body issues, sexualization, and unrealistic standards of how they are supposed to act. If Hollywood does not begin to nip this tradition in the bud, the youth of today will continue to make very drastic decisions to keep in step with the alluring lives of the not-so-fifteen-year-olds dominating our screens.

It’s Just Not Realistic, For Anyone

There is a large issue when studio executives decide to cast actors who are drastically older than their given roles because it creates a disconnect between the subject matter and intended audience. Subconsciously, teenagers will begin to compare themselves to their favorite on-screen characters, beginning to wonder why they look nothing alike and what they can do to fix themselves.

As a result of this comparison, eating disorders and the early sexualization of young men and women have become a booming industry, a concept large companies are able to profit off of. They sell weight loss programs and makeup brands with the promise of looking just like “everyone else,” and adolescents are disillusioned into believing that they are the odd one out. This kills the reality that actual groups of teenagers are dealing with acne, baby fat, and other normal body issues for their age. Aged-up casting normalizes the industry of insecurity, capitalizing on vulnerability and weakness for profit and continuing the promotion of a beautifully mysterious and bewitching lifestyle.

Sexualization within high school-based media is a double-edged sword, often used to justify casting roles with much older actors. “We can’t possibly cast a minor to play this fifteen-year-old because they have a sex scene! What kind of monsters would we be?” Therein lies the bigger issue- why must the entertainment industry portray a fifteen-year-old in such an erotic light, to begin with? By creating a hyper-sexualized environment for these characters to live in, real teenagers feel left behind when they graduate high school without sexual experiences or even romantic ones. “Late bloomer” syndrome has created a serious issue of insecurity within minors, leading to the pressure of having sex and exploiting themselves before the appropriate time in order to seem suave and mature.

Why Cast Your Characters Older?

There are plenty of valid arguments as to why older actors and actresses should take on high school-aged roles, the most prevalent being contractual issues. Minors have more frequent breaks on set, must continue to excel in school, and function under parental control, prohibiting them from participating in certain activities. Adults are not held to these standards, creating a clear path for creative directors to take when casting their projects.

However, if one reviews the different storylines, these young characters are written into precarious situations, the question must be asked: why couldn’t this take place in a more appropriate setting? College students, working adults, all experience similar hardships that can serve as exciting entertainment without forcing all of these serious issues on the youth who watch the film or television show.

Let The Kids Be Kids

At the end of the day, children are forced into a media-focused world where they seemingly do not belong. They spend all day looking at themselves in the mirror, wondering what they can do to look like the latest Instagram influencer, then turn on their televisions to realize that they’re never going to be enough. They will spend their whole lives chasing a body image, a societal status that they will never be able to obtain, then look back and regret the years they wasted. This harrowing future sounds exhausting, yet it thankfully doesn’t have to be the standard.

Shows like Never Have I Ever, starring seventeen-year-old Maitreyi Ramakrishnan playing the loveable and determined Devi, and High School Musical: The Musical: The Series with Olivia Rodrigo, a talented seventeen-year-old singer, and songwriter, prove that you can have gripping storylines without exploiting your cast and characters. The likelihood of a protagonist being sympathetic and loved by the target audience becomes much higher when you start to create an environment that feels relatable.

Populating the varied roles with actors who bring a level of maturity that is unrealistic for the actual community they are portraying perpetuates a cycle of harmful insecurity in the coming youth. If creative professionals in Hollywood began to re-evaluate the stories they choose to tell, the culture around high school-aged characters and their real-life counterparts can begin to heal from the years of pressure and stereotypes.