‘Never Have I Ever’: Authentic Indian Representation Results in Show’s Massive Success 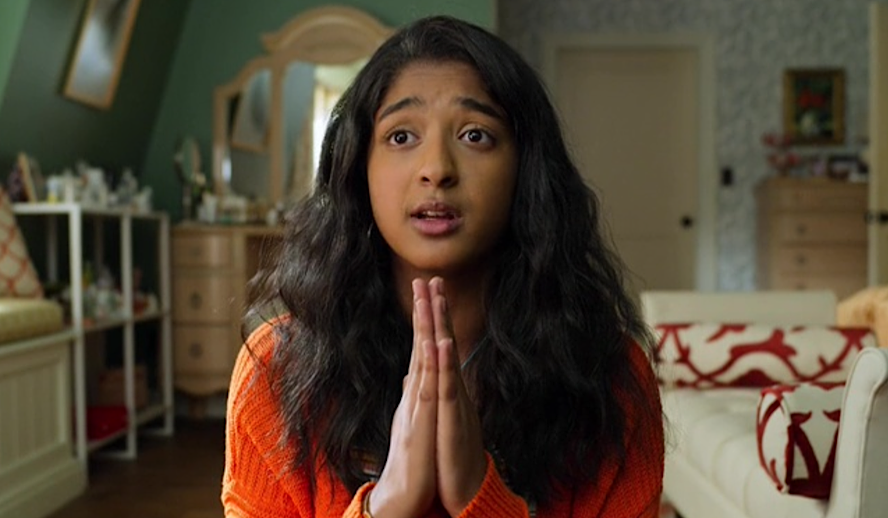 Photo: ‘Never Have I Ever’/Netflix

South Asian representation has had a controversial history in Hollywood. On-screen Indian characters were reduced to caricatures of themselves, with no depth to their personalities. They were written with the same stereotypical attributes: overachieving professionally, underachieving socially, with an absurdly strong accent (read: the Apu controversy). Shows like Master of None and The Mindy Project have paved the way for a more nuanced depiction of South Asians, and we now have a show representing the Indian-American teen’s experience, Never Have I Ever. Never has there ever been a show about teenagers with a South Asian as the lead character, an important milestone to celebrate in the battle for better representation.

The Netflix comedy, written and produced by Mindy Kaling, follows a Californian Indian-American teen Devi Vishwakumar, as she navigates going into sophomore year of high school. It deals with different issues that affect teenagers of various backgrounds with a fresh, light-hearted, and comedic touch. Maitreyi Ramakrishnan, who beat out 15,000 other actors to bag the role of Devi from the open casting call, is the breakout star of the show. Her portrayal of Devi is relatable and authentic, which is what South Asians have been searching for in their representation in popular movies and film.

DOES THE SHOW DO JUSTICE TO THE INDIAN EXPERIENCE IN AMERICA?

A common problem first-generation immigrants face as they grow into their own is an identity crisis. This is true of immigrants from all sorts of backgrounds and is hardly ever addressed in teen shows effectively. Being a teenager is an especially challenging time in addition to this identity crisis, which can be defined as a struggle to balance their ethnic identity with their American identity. There is a huge gap between what is expected of you at home versus what you are supposed to be amongst your peers. Teenagers usually respond by rejecting their ethnic identities. This is portrayed beautifully in the show. Devi’s attempts to be perceived as “cool” in her high school by doing things her Indian-origin mother would never approve of subtly shows how she is struggling internally to reconcile her two identities. Watching this often unspoken struggle portrayed on a popular Netflix show is a very validating experience for any first-gen immigrant, as well as a tool to help people who are non-POC in America to develop empathy for their POC peers.

Another noteworthy achievement of this show is how well it portrays Indian culture. Gone are the days when the only concept of Indians in Hollywood would be either underprivileged people living in slums (Slumdog Millionaire), or the socially awkward genius immigrants who work in the sciences and technology in America (Raj from The Big Bang Theory). While the academic focus is a big part of an Indian household, there is so much more to it than just that. In Never Have I Ever, we see other aspects that are inherent to Indian culture: family-centered values, the importance of respect, and the social aspect of their festivals. Despite all the cultural differences, the key messaging is that at their core, they are like any other regular family. It effectively humanizes them. It is interesting to note that while Devi is cast as an average everyday looking teenager, her cousin Kamala (played by Richa Moorjani) is a strikingly beautiful young adult. This shows how South Asians also have a wide-ranging look instead of the one-tone depiction that is common in pop culture.

This authentic scriptwriting can be attributed to Mindy Kaling’s decision to hire young Indian-American writers, which she has previously discussed in an interview with The New York Times. The positive effects of hiring actual South Asian writers is apparent in the show. The cultural “inside knowledge” is visible: the portrayal of the social phenomenon called “aunties”, use of common South Asian nicknames, and popular Bollywood music (songs such as Mehndi Laga Ke Rakhna and Nagada Sang Dhol) instead of the default instrumental Indian music we have heard countless times before. Common microaggressions that Indians regularly face are also written into the show with impressive finesse. Microaggressions are common and often go unnoticed in real life, which is how they wove them into the show’s events, making it clever scriptwriting in a comedy show.

WHAT SETS THIS SHOW APART FROM OTHER SHOWS ABOUT TEENAGERS?

The show’s casting plays a big role in distinguishing it from other teenage shows. Shows about teenagers generally have explicit content and are dangerously gratuitous, depicting an unrealistic standard of behavior. Teenage characters are also played by conventionally attractive actors who are well into their 20s, setting unrealistic beauty standards for millions of impressionable teens who idolize them. This show has evaded these common flaws. Never Have I Ever’s decision of casting a real Indian teenager who looks like an everyday person you would see at your high school is a breath of fresh air in the slew of seemingly model-looking high schoolers. Ramakrishnan adds a charming, refreshingly “normal” quality in her version of Devi, who is flawed in the way normal teenagers are. Her determination to have sex, coupled with her and her friends’ absolute ignorance of how to do it create hilariously genuine depictions of everyday teenagers.

Besides the Indian experience, the show tackles a wide range of subjects with its supporting characters. They are well written, with backgrounds and developed experiences. What stands out again is how their writing is rooted in real-world experiences instead of a fantastical and gratuitous version of high school. They tackle difficult subjects such as loneliness, coming to terms with your sexuality, and the objectification of men with a comedic approach, with no offensive humor or misrepresentation.

FINAL VERDICT ON ‘NEVER HAVE I EVER’

Never Have I Ever is a perfect look into what real Indian-American families are actually like, and validating viewing experience for Indians themselves. The market for South Asian based content is expanding rapidly, with Priyanka Chopra Jonas creating a sangeet series for Amazon and partnering with Mindy Kaling for an Indian wedding rom-com, which could be the South Asian answer to Crazy Rich Asians. Going by the quality of this show, it will be exciting to see future projects in the same vein by Mindy Kaling. Verdict? Never Have I Ever is a clear winner.