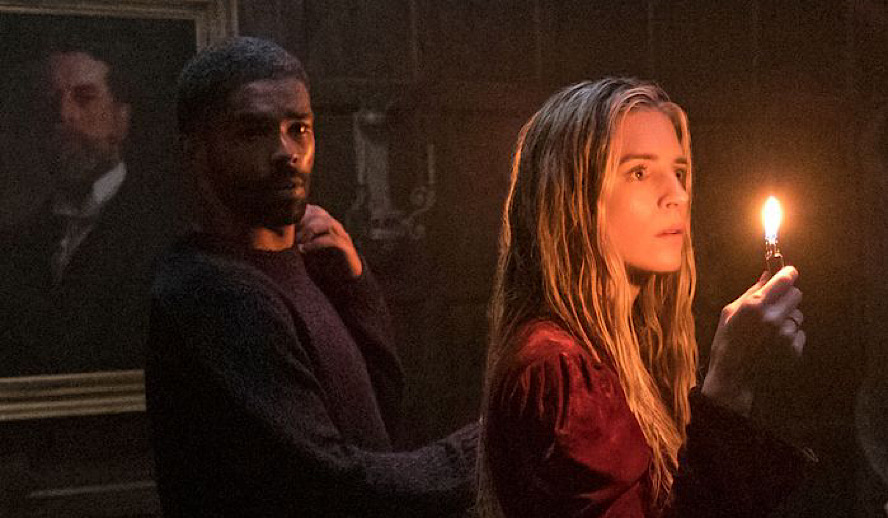 If you’ve already binged all three seasons of ‘Stranger Things’ and stumbled through twenty-four episodes of ‘Sense8’ and are looking for that next great sci-fi series to sink your teeth into… you may want to give Netflix’s ‘The OA’ a try. Some may call it one of Netflix’s hidden gems and it will surely offer one of the most transcendent television experiences to date. Sound interesting yet? This show will leave you profoundly confused, spiritually moved, mouth likely agape, and curious as to who in their right mind could think up a show so ferociously complex.

Near-death experiences, inexplicable disappearances, and dimension traveling – this show is bound to blow your mind

These mind-bending sixteen episodes are truly one of a kind in every stretch, full of bizarrely fascinating subplots, impressing performances from the cast, effortlessly directed story-telling, and the intricate cinematography that unfolds a world like one we have never seen before. In summary, the show follows Prairie Johnson (Brit Marling) as she finds her way home after having been missing for the past seven years. As a child, she lost her vision due to a freak accident, yet when she returned home, her sight had miraculously been restored. She refuses to tell her family or the authorities where she’s been and instead seeks refuge amongst five local and carefully chosen civilians.

She meets in secret with the five where she narrates her past traumas. These date back to when she was a child and nearly died after her entire kindergarten class endured a horrific bus crash, killing all but herself. In this first near-death experience, she admits to discovering a portal to another dimension, one in which she was given the choice by a strange woman to leave behind the harsh and painful world she came from or continue on with life just as she left off — minus her sight. The mysterious other-worldly woman claimed that Prairie’s future is too painful for her eyes to see so Prairie agreed to give up her sight in exchange to return back to her original dimension.

Now in her twenties, and with two near-death experiences under her belt (NDE’s for short), Prairie is determined to travel dimensions once again and believes that if performed correctly: a series of secret and intricate movements will allow her to move between worlds. She shares this story with these individuals in hopes she can teach them the movements to grant her access to another dimension. Crazy, I know.

Female powerhouse Brit Marling wore multiple hats when creating ‘The OA’. Not only did she serve as lead actress and executive producer, but she also co-wrote and created the show with her best friend and writing partner, Zal Batmanglij. Marling was bitten by the acting bug in her mid-twenties. At the time, she was auditioning for parts that she was ultimately ashamed of as they all seemed to poorly portray the strength of a young woman. She had quickly become sick of auditioning for flirtatious and ditzy girl-next-door types or the pretty blonde to die off first in a horror film.

Realizing that she wanted nothing to do with those underwhelming and under-representing roles, she turned to writing to create characters she and other young women would be proud to depict. She spoke with 52 Insights stating, “Sometimes I think that if I had come to LA wanting to be an actor as a young man then I would have never become a writer because there are plenty of wonderful roles for men and an abundance of great male actors”.

Marling wasn’t afraid to break rules and conform to the superficial normalities that television shows normally follow. She constantly kept viewers on their toes every second along the way, throwing curveballs whenever she was given the chance. For example, episode length times in season one range anywhere from half an hour to over seventy minutes long. The opening credits also don’t surface on-screen until over an hour into the first episode.

According to Marling in an interview with Refinery29, the idea for the show stemmed from a conversation with a woman she met at a party who shared she had an NDE and described in detail what it felt like for her soul to leave and then once again return into her physical body. From that single encounter, a soon-to-be masterpiece was born and Marling would enthrall the minds of millions of Netflix viewers.

‘The OA’ – What makes this show unlike anything you’ve seen before?

‘The OA’ is quite clearly a show that forces viewers to closely pay attention to each and every scene so as to not miss any key details, because truly every moment counts. As if this show wasn’t unique enough, Netflix took a very different approach to market this series. A risky, yet clever approach. Rather than flooding billboards along Hollywood’s Sunset Blvd and releasing new trailers every couple of weeks leading up to its premier, they instead dropped the entire first season only days after it was ever announced. This creative tactic stirred up its own sort of buzz, luring in viewers to this new secretive show that posed as a sort of hidden gem.

The show also took to Twitter and Instagram to post cryptic tweets and photos asking social media users if they have seen ‘death or darkness’ while including a disturbing video of a woman appearing to jump off a bridge to her death, which we later discover is one of the show’s opening scenes. Some users were simply turned off by this obscure marketing campaign, while others were successfully intrigued and became devoted viewers.

In more ways than one, ‘The OA’ is simply audacious and more ambitious than any other science fiction series to date. You truly have to want to understand the delirious twists and turns Marling has created—and when you do, boy is this show a treat.