‘Just Say Yes’: A Dutch Romantic Comedy Where A Canceled Wedding Is A Positive Thing 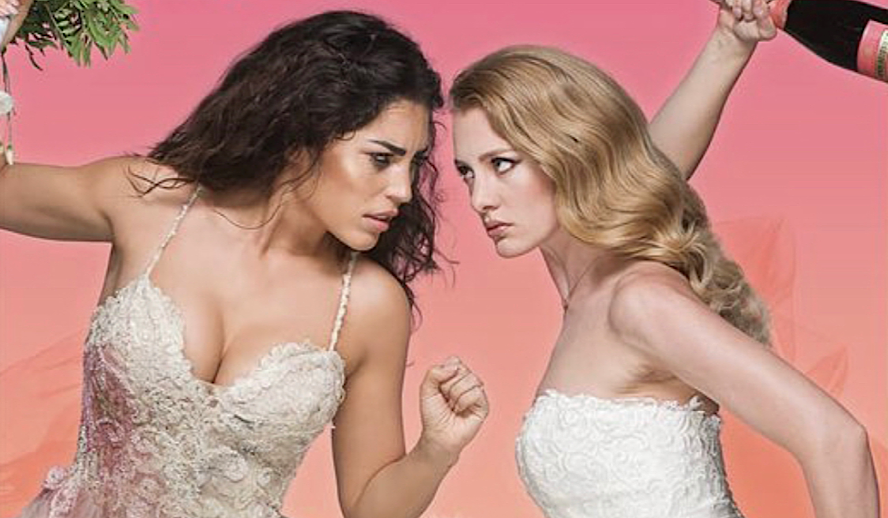 Netflix’s latest release of their romantic Dutch Comedy ‘Just Say Yes’ follows the stereotypical timeline that many rom-coms tend to chase. With several wild subplots, a wide array of colorful characters, makeover montages, and a trusty love triangle, this film was pretty much exactly how I expected it to be. Continue reading to find out my final thoughts on Netflix’s newest release.

What is ‘Just Say Yes’ about?

‘Just Say Yes’ opens with our leading lady Lotte (Yolanthe Cabau) sitting on a park bench in a dirty tattered wedding gown, with smeared makeup and untamed hair. She sits next to a stranger on a park bench and the two have the cliche “how did you end up here?” conversation where she narrates her entire backstory to him and the audience watching. The movie then flashes back to tell her whole story, intermittently cutting to the present-day bench scene along the way (which the audience finds out a little over halfway through isn’t exactly what it appeared to be).

Lotte’s story begins with her admittance of being a hopeless romantic, as she gushes about her coworker and long-time boyfriend of five years, Alex (Juvat Westendorp). The two work together on the same television network and she has high hopes and dreams of a lofty proposal equipped with a flash mob, white horse, and fireworks to seal the deal. Instead, Alex begrudgingly gets down on one knee (sans the flashmob and fireworks) only to acquire cold feet and break off the engagement– not to mention this happened at work in front of all their colleagues and also on live television.

Humiliated and heartbroken, Lotte turns to her family and friends to console her. However, Lotte’s timing couldn’t be any worse as her overly obnoxious social media-obsessed sister Estelle (Noortje Herlaar) has recently become happily engaged to no other than Lotte’s boss. Chaos ensues, and family drama is at an all-time high. To get her life back on track, Lotte seeks refuge in her new arrogant co-worker Chris (Jim Bakkum) …cue the love triangle… who helps reinvent Lotte’s image in attempts to make her ex-fiancé jealous and take her focus away from her ridiculously loathsome sister as she immerses herself with wedding planning.

Should you say yes to watching this film?

What I really liked about this film was how vibrantly each character was painted. From their dialogue to their outfits, stylistically I found myself really enjoying how each character was so unlike the next. I wish I could continue to rattle off what I loved about this movie but I’m afraid my list stops short. I am fully aware that many rom-coms are cheesy, unrealistic, and over the top, however nine times out of ten I am able to forgive these qualities and end up loving the film. I regret to admit that this simply wasn’t the case for ‘Just Say Yes’. Despite this being a “romantic comedy” I found very few parts to be humorous and the romantic parts to be undeserving.

This movie was very predictable and I felt as though the acting was only subpar. I had high hopes that at some point I would eventually get engrossed in the film’s plot enough to forgive these lacking qualities but in my opinion, the movie ended before it had the time to redeem itself. As I made clear in the synopsis, the film is quite frankly all over the place. With more than enough characters to go around, and not to mention the language barrier, I found myself having a very difficult time immersing myself in Lotte’s world.

Not the women empowerment I was looking for

Considering Lotte is the protagonist of the film, I was really rooting for her to come out the other end – a changed woman. Frankly, in my opinion, Lotte didn’t quite possess the leading lady qualities that I would’ve hoped for in a film of this genre. It seemed like every motivation she had along the way was to make a man happy, rather. For example, she gets rejected by Alex, her fiancé, so she seeks the help of her pompous colleague to revamp her wardrobe, change her hair and makeup, and pitch new ideas in their workplace in the hopes of Alex noticing all he left behind. This doesn’t scream empowerment, if anything it screams immaturity that her success and desire to stand out is due to another man’s master plan of revenge.

Additionally, I found most of the other female characters were very unlikeable. I understand that in a way they were supposed to be, and that was their purpose in serving the story but most times even the unlikeable characters usually end up coming around at some point near the end, so everyone can live their happily ever after. However, I found these women to be obnoxious and too far over the top to be even remotely likable.

All in all, I had high hopes for ‘Just Say Yes’ which ultimately fell flat. I typically love the formula of a cheesy Netflix rom-com and was disheartened that I couldn’t add this to the list of movies to recommend to friends and family. While it was a quick watch, I wouldn’t particularly recommend it to many comedy fans unless you are absolutely jonesing for a cheesy Dutch film with random montages and boisterous characters that are all pining for each other’s attention.