Hollywood Insider’s Eye-Opening Series Messages From America Shows To The World The American People’s Answers On Important Issues: Episode 1 – “What Is Your Message To The Refugees?” 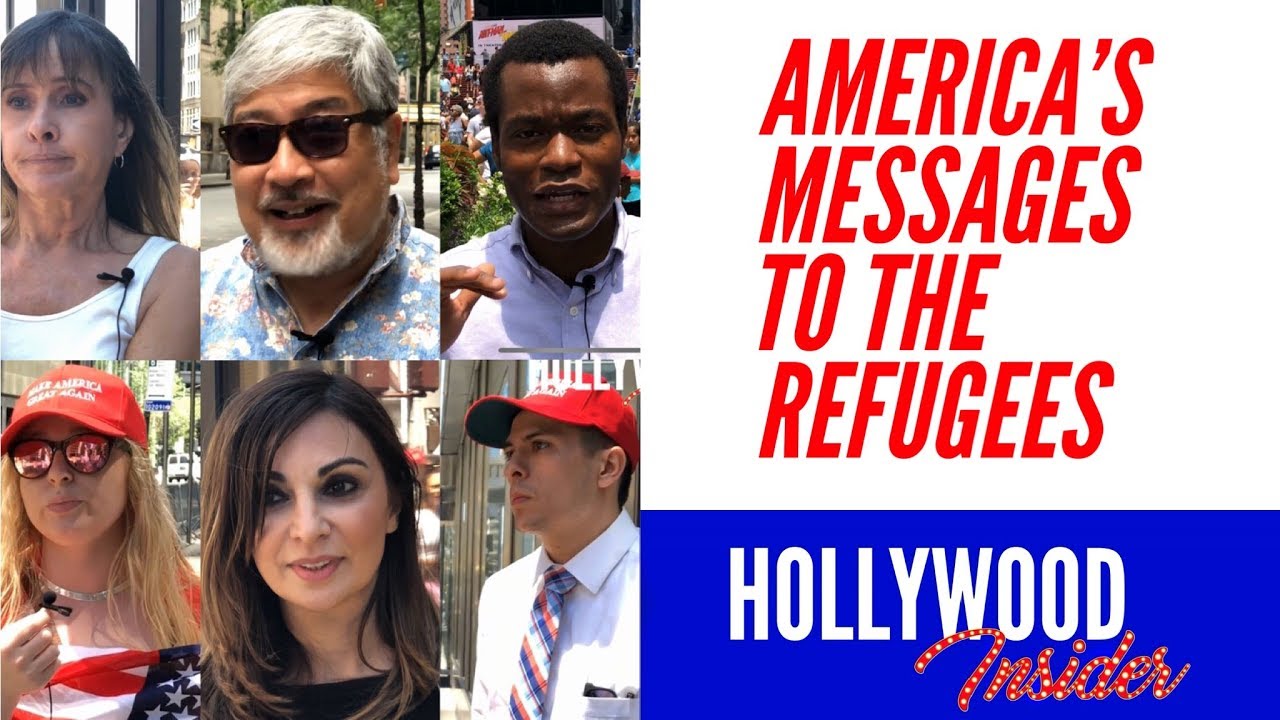 The recent rehashing of the ICE and deportation topic, delayed or not, shows to us that Hollywood Insider’s Messages From America” series is more relevant and needed now than ever before. President Donald Trump and his team do not reflect the American people in their entirety. By that same account, neither can any President in the future or has any President in the past ever reflected the American people in their entirety. Messages From America series hopes to show to the world what the American people that are civilians (not politicians) have to say on important issues. Usually, the world only knows the words and actions of US POLITICIANS, but seldom see what the people in America truly think about important issues. Other countries see only one side, without knowing that not all Americans agree with their politicians. This series aims to show what the rest of America, the people in America truly feel.

Episode 1: “What Is Your Message To The Refugees?” Hear as a wide range of people from all over America send their messages to refugees.

Hollywood Insider utilizes our mission statement as our compass, which you can read more of by clicking here.

Hear the messages from Americans to refugees. Some messages are below:

A. A banker who moved to NYC, and is also an ex-Mormon missionary: “We are a country of immigrants. And as a nation, this (refugees) is something we should be embracing. That has been our rich history, we have been a nation of immigrants. That is our gift to the world, to embrace this multi-culturalism. And that we are a safe place.”

B. A protestor in front of Trump Tower: “I am so sorry. When I figure out what more to do, I will do it. I am horrified. I don’t even understand how this can be a political issue or a partisan issue. These are families, desperate people, they did not wake up on a Sunday morning and decide to picnic at our nation’s border. They are fleeing. We are a nation of immigrants and I want to welcome them. We don’t have an immigration policy, we have a humanitarian crisis.”

C.A teacher in his 60’s from Kansas: “They are trying to better themselves just like all everybody’s parents did in the past. We were all immigrants at one time in the past.”

D. A NYC resident: “Please don’t judge the American people according to our President. We are not him.”

E. A Virginia Resident: “Hang in there. The newer immigrants are just as important as the older ones that have been coming for centuries.”

Watch the video for more.

– FACT-CHECKED Series: Taron Egerton And 12 Things You Might Not Know About The Star Of Rocketman

– Watch: Reaction From Stars On The Making Of Once Upon A Time In… Hollywood | Leonardo DiCaprio, Brad Pitt, Margot Robbie & Quentin Tarantino

– Avatar Versus Avengers – Is Endgame Re-Releasing With Additional Footage In A Bid To Surpass Avatar’sBox-Office Record?