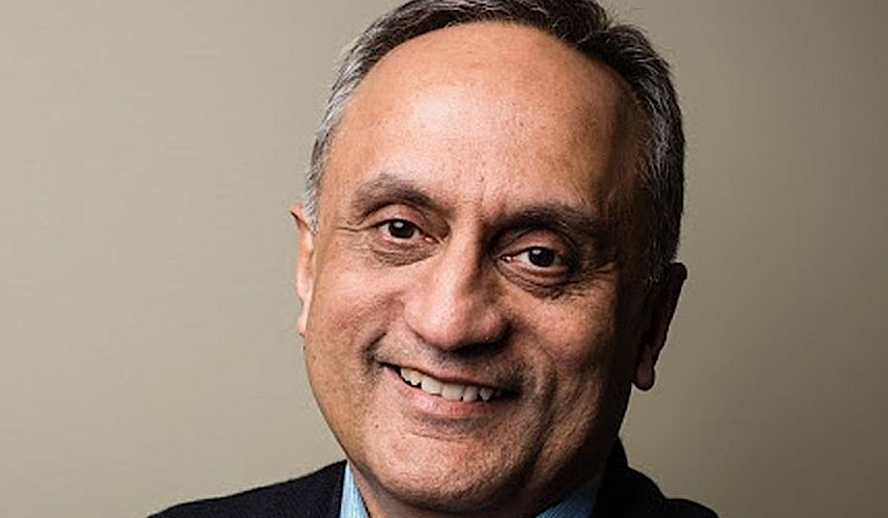 Bhargava is an established businessman and philanthropist, worth billions. He is the founder of the company that produces the ‘5-Hour Energy’ drinks, Innovations Ventures LLC. Sales for the company had gone up to about $1 billion since 2012, making Bhargava one of the world’s richest men. However, Bhargava does not use his profit in the way we would expect. An outstanding 99% of Bhargava’s net worth has been going towards improving the world’s health and those who are less fortunate since 2015.

Although I have always admired this man for his humanity and generosity, I have always wondered why. I suspect this act comes from empathy. Bhargava comes from very humble beginnings. In 1953, Bhargava was more in Lucknow, India. His family moved to the United States in the late ‘60s for a better life.

Related article: Beyoncé Is More Than Just A Singer, Superstar & Icon: She Is An Outspoken Humanitarian

The family ended up landing in Philadelphia, Pennsylvania, where Bhargava received a scholarship to attend a prestigious school called, The Hill School. Bhargava then attended Princeton University for college, where he spent one year before dropping out. He spent over 10 years traveling between India and the United States, where he would work in jobs such as construction work, and office work. When Bhargava finally moved back to the United States, that is where his love for invention began.

He decided to work with his parents in their company, Bhar Incorporated. He worked there for a while, before purchasing a  company of his own, that specialized in furniture. Although he was making good money within this line of work, it did not satisfy him. In 2003, Bhargava founded the company Innovations Ventures LLC. Of course, he and his company are known for the popular energy drink, ‘5-hour Energy’. But did you know that those tiny shot-sized bottles helped launch so many other inventions to maintain a sustainable Earth?

All of Bhargava’s inventions are put in place to produce cleaner water, greener energy, and health. Bhargava has previously invented, The HANS™ Free Electric™ Bike, for the purpose of helping people create their own energy. The bike is designed as a three-part system. It is a flywheel system, connected to a generator, which is connected to a battery. The bike is activated by a person’s pedaling, which charges the battery.

It is made so people only have to pedal for one hour, in order to have a day’s worth of electricity throughout their homes. It is primarily designed for people in rural areas, that don’t have as much access to electricity as people in urban, city settings. This invention was a huge stepping stone into Bhargava’s plethora of innovations for a cleaner, greener world. These are five other inventions that have been in the works since 2017.

Bhargava has released The HANS™ PowerPack and other accessories for it on Amazon. The HANS™ PowerPack is a portable power generator that makes it easy for people to store electricity for their everyday essentials. Bhargava has also released The HANS™ Solar Briefcase, a set of simple-to-use solar panels that are lightweight and portable. The purpose of this invention is to go hand in hand with the PowerPack. It is a solar charger that is used to speed up the generator process for the PowerPack.

There are places in the world that have very limited access to safe, clean drinking water. For billions of people worldwide, this issue is fatal. That is the purpose of the RainMaker for Brackish Water. This device is a water filtration unit that filters out harsh minerals and salts out of the water, so it can then be used for drinking, bathing, plants, and food preparation. It is very simple to use and is solar-generated. It works almost instantly, as you attach it to any water source.

Another water filtration device that Bhargava created is the RainMaker for Grey Water. The device is slightly different, as it filters water such as sewage water, well and river water, and any other kind of bacteria-riddled water. The device runs off of electricity, but even if a person has no electricity, they can simply activate the device manually with a pump.

Not only can these devices help individuals and families, but these innovations can completely restore the agricultural industries. Chemical pumped fertilizers are very expensive and are not accessible to many rural farmers. These farmers rely on the quality of their crops, to provide for their families. The Shivansh Fertilizer is a method to creating your own nutrient-packed fertilizer from scraps. Reportedly, after two and a half weeks, with very little upkeep, farmers can completely restore the quality and life of their soil.

Bhargava has two documentaries under his belt called, ‘Billions In Change’ and ‘Billions In Change 2’. The first documentary was released in 2015, with the sequel following closely behind in 2017. These documentaries feature Bhargava’s revolutionary inventions and insight into his view of the world. The film takes you through his warehouses, TED Talks, and personal interviews. Bhargava’s philosophy is that poverty can be eliminated with only two essentials. These essentials being energy and water. He says in his documentary, “To get the poor out of poverty, and one of the basics is energy.

I mean think about it, The poor have stayed the poor because they have no power. They have no energy. That’s one of the most fundamental things. That and water. Those are the two biggest things that a poor person really needs.” He has done a tremendous service to the billions in poverty worldwide. We are sure that these aren’t the last of the incredible innovations coming from Bhargava and his company. He has a beautiful mind, heart, and spirit. We are so excited to see his other amazing, life-changing contributions to a healthier, greener planet. This man is one of the few people who will lead us to the future.